West says he and Trump are both "dragon energy" 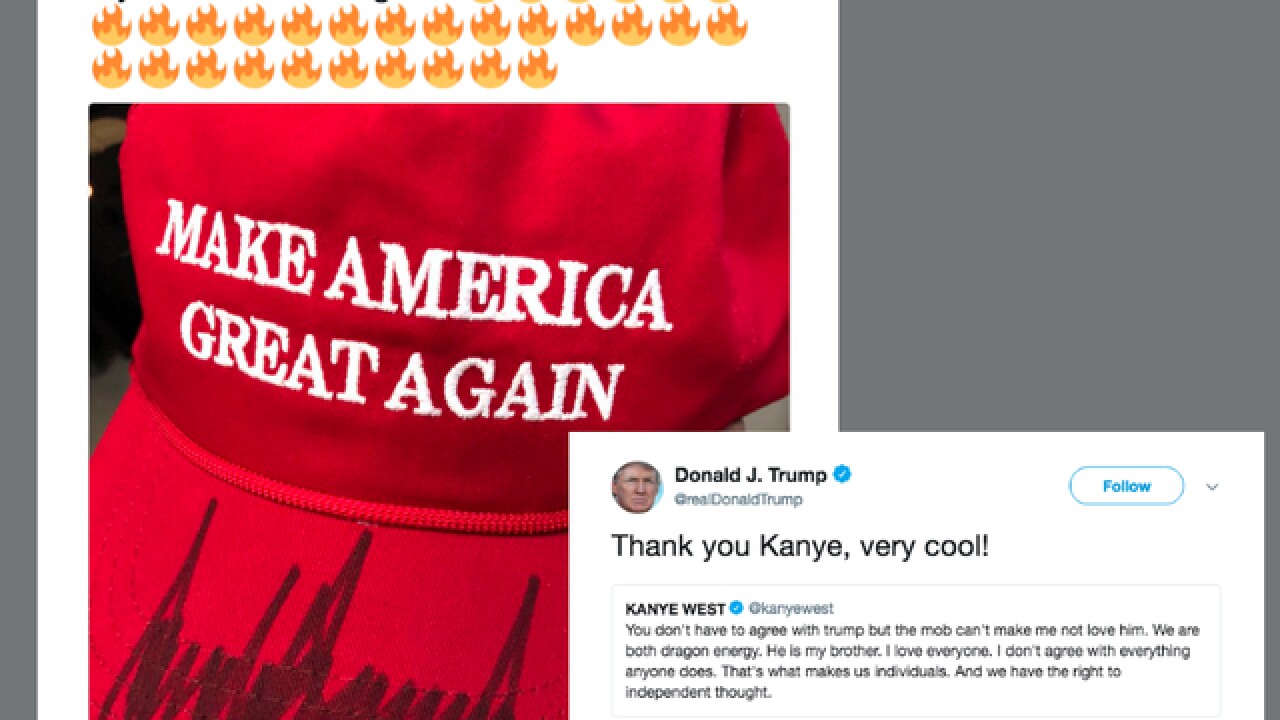 The rapper polarized followers after posting a photo of him wearing a "Make America Great Again" hat and his support for President Donald Trump.

"You don't have to agree with Trump but the mob can't make me not love him. We are both dragon energy. He is my brother. I love everyone. I don't agree with everything anyone does. That's what makes us individuals. And we have the right to independent thought," West tweeted.

RELATED: Shania Twain apologizes after saying she would have voted for Trump

West went on to tweet that his support wouldn't change had Hillary Clinton been elected in 2016, writing, "I don't tell a Hillary supporter not to support Hillary. I love Hillary too."

It's not the first instance of West and Trump together in the public eye.

Not long before President Trump's inauguration, the two met at Trump Tower in a meeting to discuss how to address growing violence in West's native city of Chicago.

It's also not the rapper's first dance with the country's highest position. In 2015, West announced on MTV his intention to run for president in 2020.

"If my grandfather was here right now he would not let me back down! I don't know what I'm finna lose after this. It don't matter, though, it's not about me. It's about ideas. New ideas. People with ideas. People who believe in truth," West told the crowd. "And yes, as you probably could've guessed by this moment, I have decided in 2020 to run for president."

President Trump told Rolling Stone then, "[West is] actually a different kind of person than people think. He's a nice guy. I hope to run against him someday."