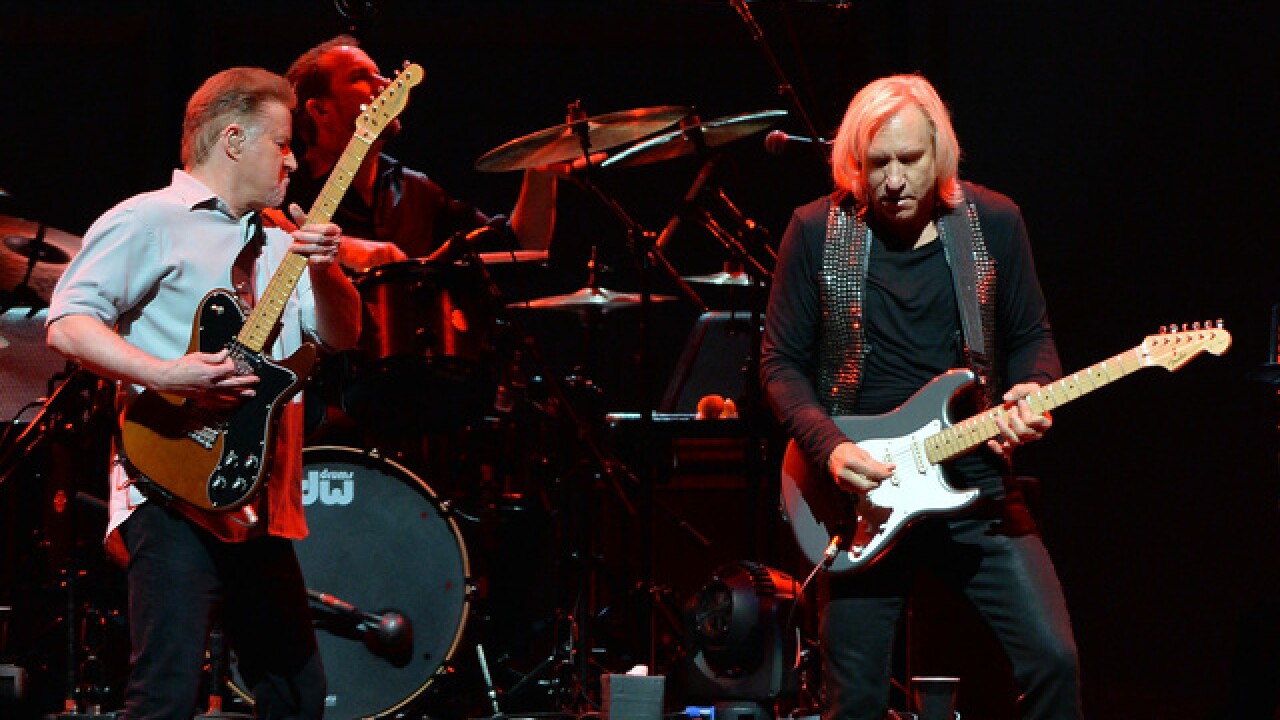 Copyright Getty Images
Rick Diamond
<p>NASHVILLE, TN - OCTOBER 16: Don Henley and Joe Walsh of the Eagles perform during "History Of The Eagles Live In Concert" at the Bridgestone Arena on October 16, 2013 in Nashville, Tennessee. (Photo by Rick Diamond/Getty Images)</p>

SAN DIEGO (KGTV) - The Eagles, along with Zac Brown Band and The Doobie Brothers, are set to take over Petco Park this September.

The legendary band, comprised of Don Henley, Joe Walsh, and Timothy B. Schmit, with Vince Gill and Deacon Frey, will take the stage at Petco Park on Saturday, September 22. Tickets for the show go on sale Friday, January 19, at 10 a.m. Fans can also call Ticket Master at 800-745-3000.

Special presale opportunities for fans will begin on January 16:

Zac Brown Band and The Doobie Brothers, heavy rock hitters in their own right, will open for The Eagles.

While the concert marks The Eagles' first San Diego show since 2014, this year's performance will be without founding member Glenn Frey, who died in 2016 after complications from rheumatoid arthritis, acute ulcerative colitis, and pneumonia.

Frey founded the band with Henley in Los Angeles in the early 1970s, along with guitarist Bernie Leadon and bassist Randy Meisner. The band went on to form the rock n' roll sound of LA  in the 70s with "Hotel California," "Take it Easy," ''Desperado," ''One of These Nights" and many other hits.