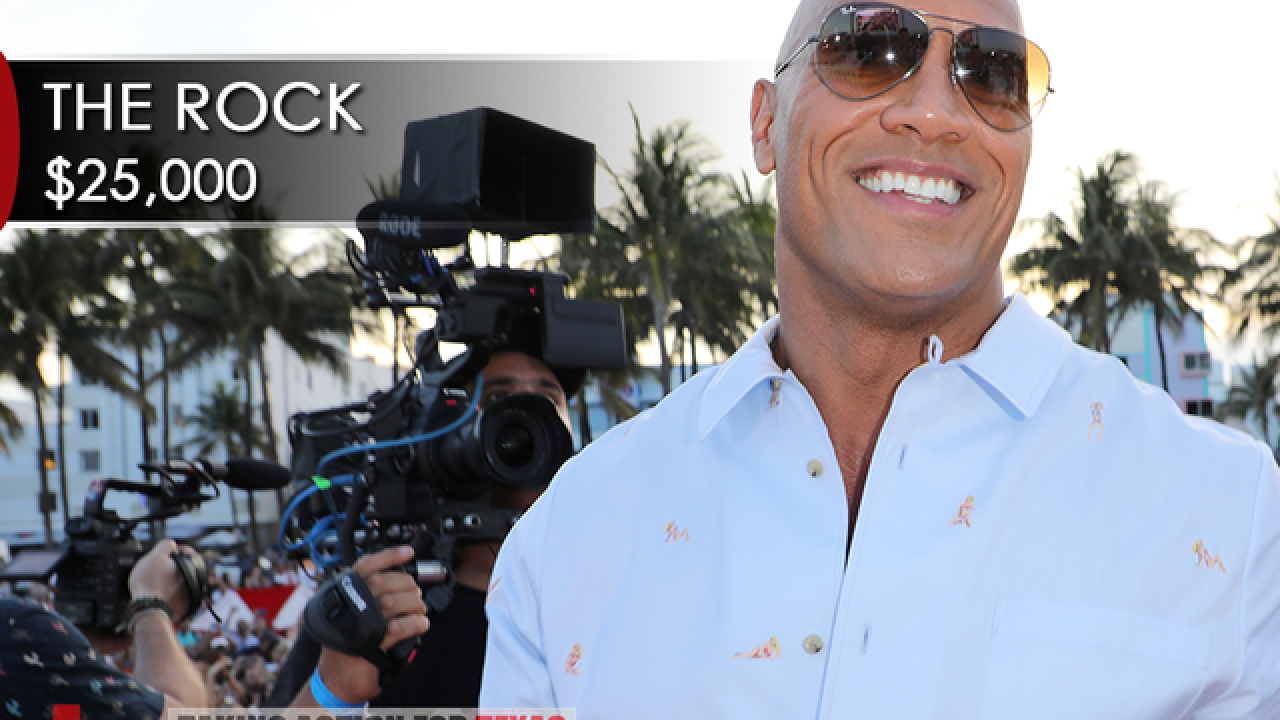 It may not have been an Oscar, but Dwayne Johnson graciously accepted the award anyway.

"The Rock" posted a video Sunday on Instagram accepting a Razzie for last year's "Baywatch." The Golden Raspberry Awards, known as the Razzies, celebrate the best of the worst in Hollywood.

Along with the video, the star wrote, "So let me go ahead and take this "L" right on the chin for Baywatch. Win some, lose some, but hey... that's the way love goes."

"Happy Oscars Sunday!" he said in the video. "I'm super pumped and very proud for my buddies who've been nominated tonight, pulling for you guys to bring home the gold. I'm also excited because I was just informed that I too am bringing home the gold tonight."

"No, not an Oscar, maybe one day, but a Razzie," Johnson added.

"Baywatch" even inspired a new category: "The Razzie Nominee So Bad You Loved It."

Johnson called the special honor a "cool thing" and said "it means the s**t sandwich you have been eating is so bad that you eventually started to like it."

"Look, we made Baywatch with the best of intentions," he said. "It didn't work out like that, but I humbly and graciously accept my Razzie."

The actor thanked his fans and critics.

"At the end of the day 'A Movie So Rotten You Eventually Fell in Love With It,' that's just the way love goes," he said.

Inspired by the popular TV series, the film with Johnson and Zac Efron proved to be all wet at the box office, pleasing neither moviegoers or critics.

It beat out "The Emoji Movie," "Fifty Shades Darker," "The Mummy" and "Transformers: The Last Knight" to take home the special Razzie. ("The Emoji Movie" swept the honors for worst picture, screen combo, director and screenplay.)