Enjoying the snow in Julian while respecting the locals 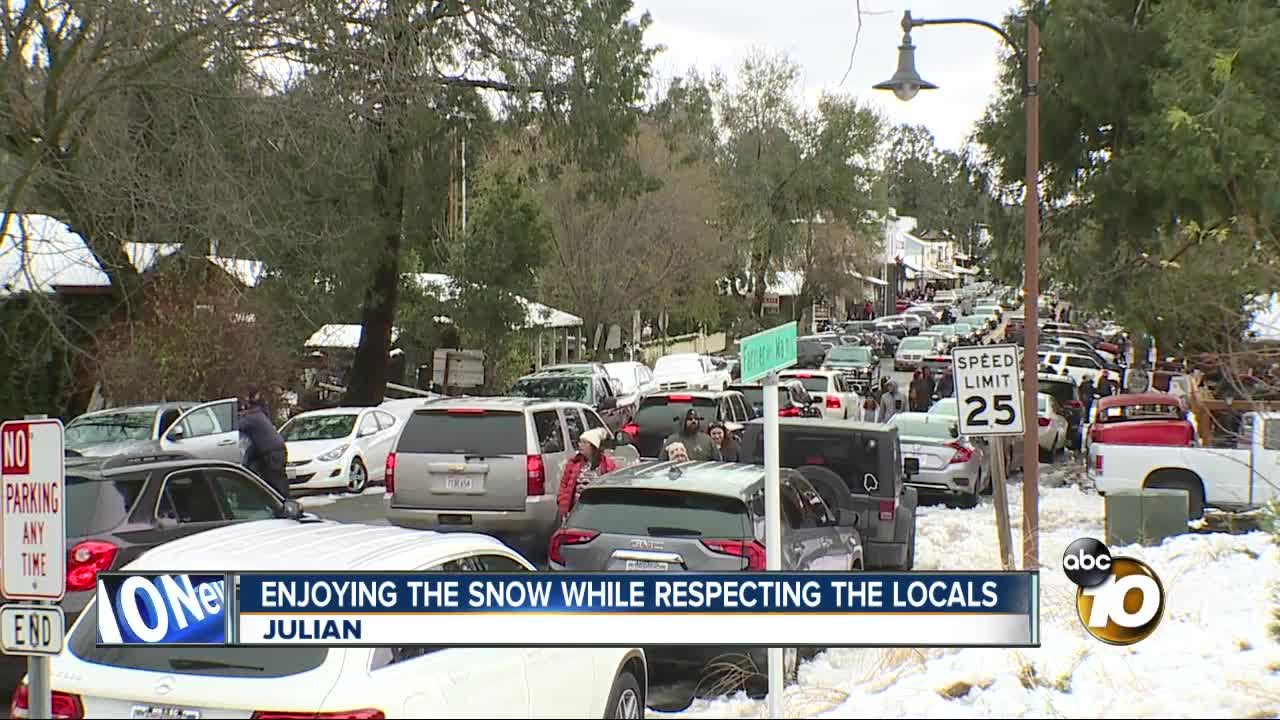 Thousands of people took advantage of the first significant snowfall of the season by making the trip to Julian. 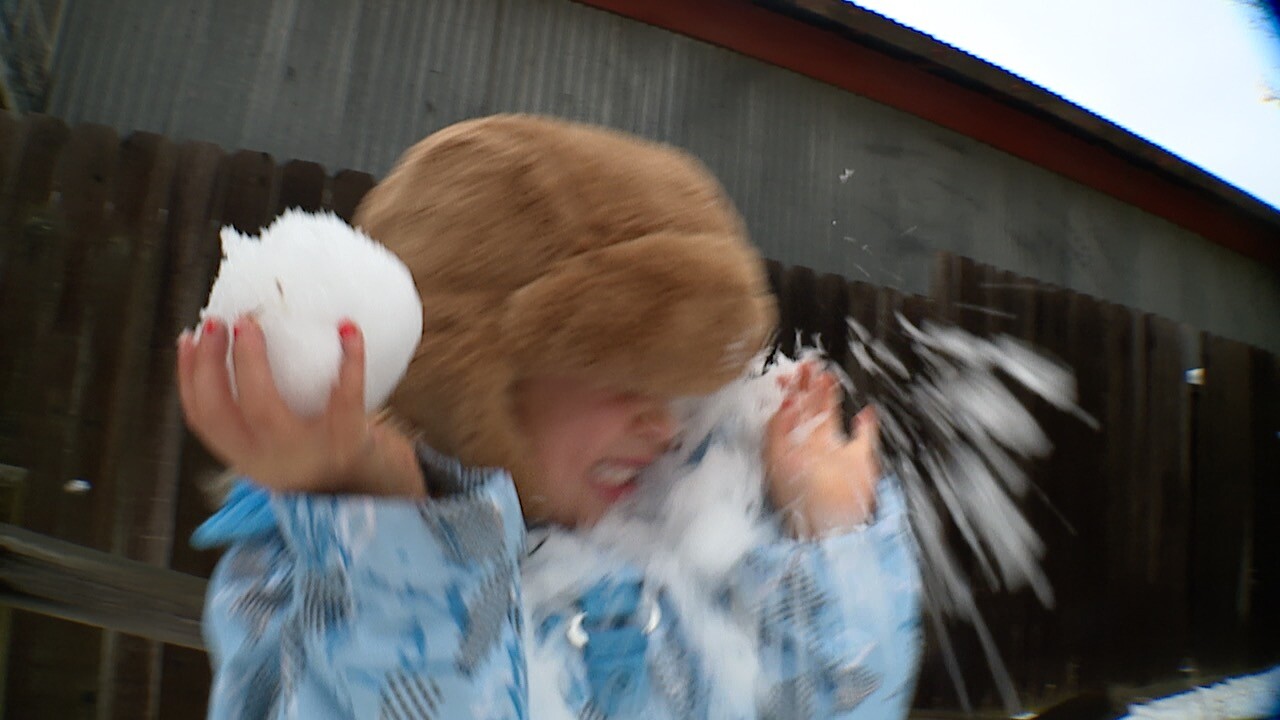 JULIAN, Calif., (KGTV)-- Thousands of people took advantage of the first significant snowfall of the season by making the trip to Julian. While the locals invite visitors to enjoy their small mountain town, they say some of them trash the place before they head back down the mountain.

For 4-year-old Frankie Miller, playing in the snow is a special treat.

"It's a holiday weekend! What better thing to do than drive to Julian and eat pie?" Frankie's mother, Karine Breed, said.

Her family came to Julian to get a jump on the holiday season. So did thousands of others.

"Sunrise highway was closed, but we were stubborn. We came up to 79. And we are finally here!" Kristian Roque said. The roads coming into Julian were shut down due to the heavy snow on Friday. But they were reopened by Saturday morning.

To make sure everyone has a good time are volunteer foot patrollers, Kurt Boettcher and John Jones.

"Everybody here comes to Julian happy and smiling," Boettcher said. "And we like to keep it that way." Boettcher is a 30-year Julian resident, who has been assisting the San Diego Sheriff's Department as a Volunteer Foot Patroller for the last fifteen years.

It's important to have fun, but residents remind visitors to be respectful of their small mountain town, and the people who call it home.

"We find everything from cups to diapers to other trash," Boettcher said. "People have to clean up. It's pathetic."

In years past, people have climbed into the Pioneer Cemetery to go sledding. They end up destroying tombstones and leaving mounds of trash on the streets.

"We deal with Del Mar Racetrack, and Kaboo," Breed said.

That is why they say they make sure to leave Julian, cleaner than when they came.

"Obviously, you have those hooligans, so hopefully they just are respectful and considerate of the people who live here and clean up after themselves," Breed said.

For our senior patrollers, that makes it all worth it.