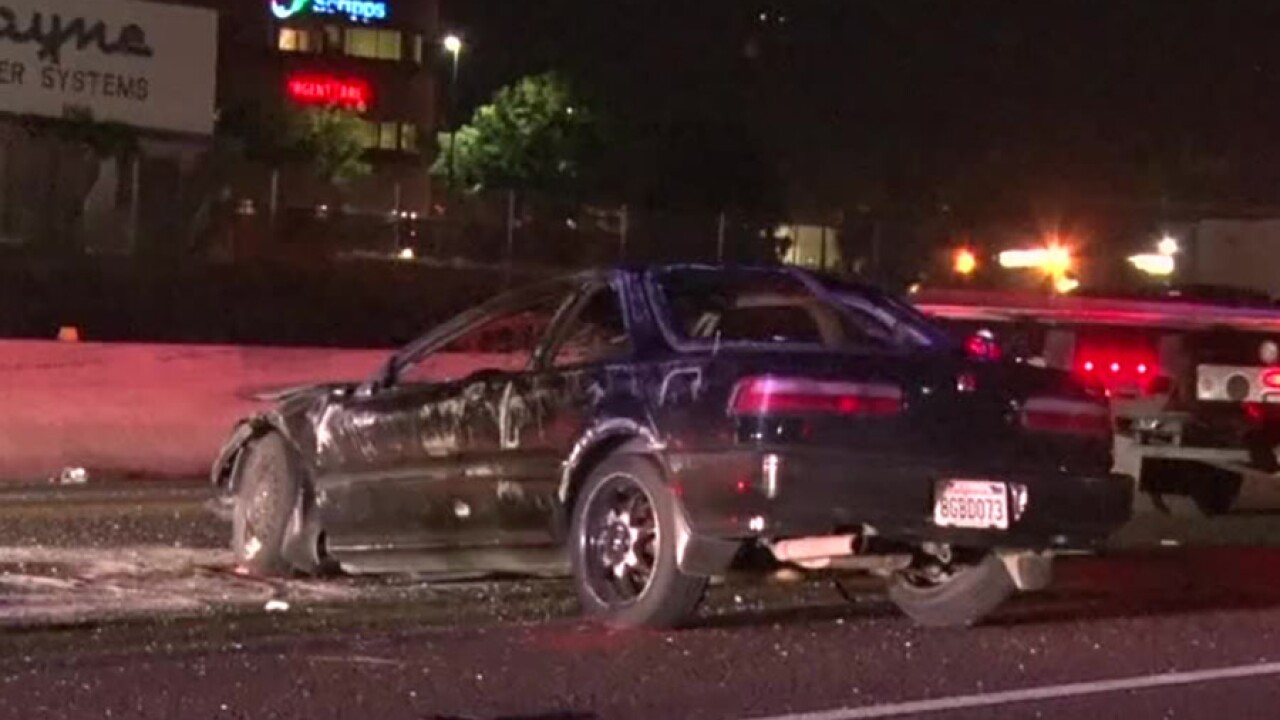 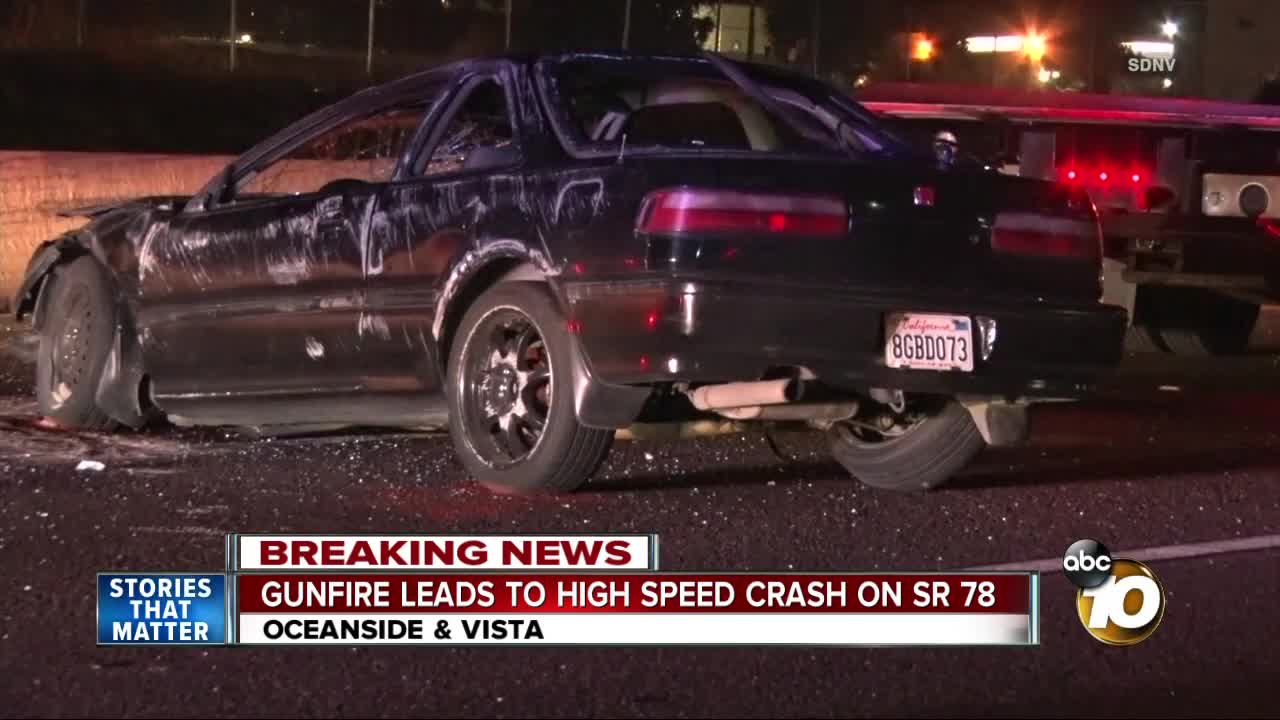 OCEANSIDE, Calif. (CNS) - Authorities are searching for a motorist involved in a shooting and an ensuing chase that resulted in a rollover crash that injured two people in Oceanside.

The crash happened around 7:45 p.m. Wednesday on eastbound state Route 78 near Emerald Drive, but the events leading up to the crash apparently started with a shooting in Oceanside and several rounds of car-to-car gunfire occurred during the chase on Interstate 5 and SR-78, California Highway Patrol Officer Mark Latulippe said.

After the initial shooting in the Oceanside city limits, a black Acura Integra sedan and a dark BMW were involved in a chase that eventually led south on I-5, Latulippe said. The cars then transitioned from the southbound lanes of the freeway and headed east on SR-78.

"Additional gunfire was taking place as the vehicles continued on SR-78 eastbound," Latulippe said. "Prior to reaching Emerald Drive the Acura lost control and overturned. The BMW continued eastbound."

An Oceanside man driving the Acura and a woman in the front passenger seat were both transported to Palomar Medical Center "with complaint of pain injuries," Latulippe said.

"No gunshots were located on the parties," Latulippe said.

The suspect vehicle was described as an early 2000s black or dark BMW with tinted taillights.

A description of the driver was not immediately available.

Anyone who may have witnessed the chase between the two cars, any of the gunfire or the crash was asked to call the CHP at (858) 637-3800.