Effort increases to get San Diego's Filipino voters to turn out 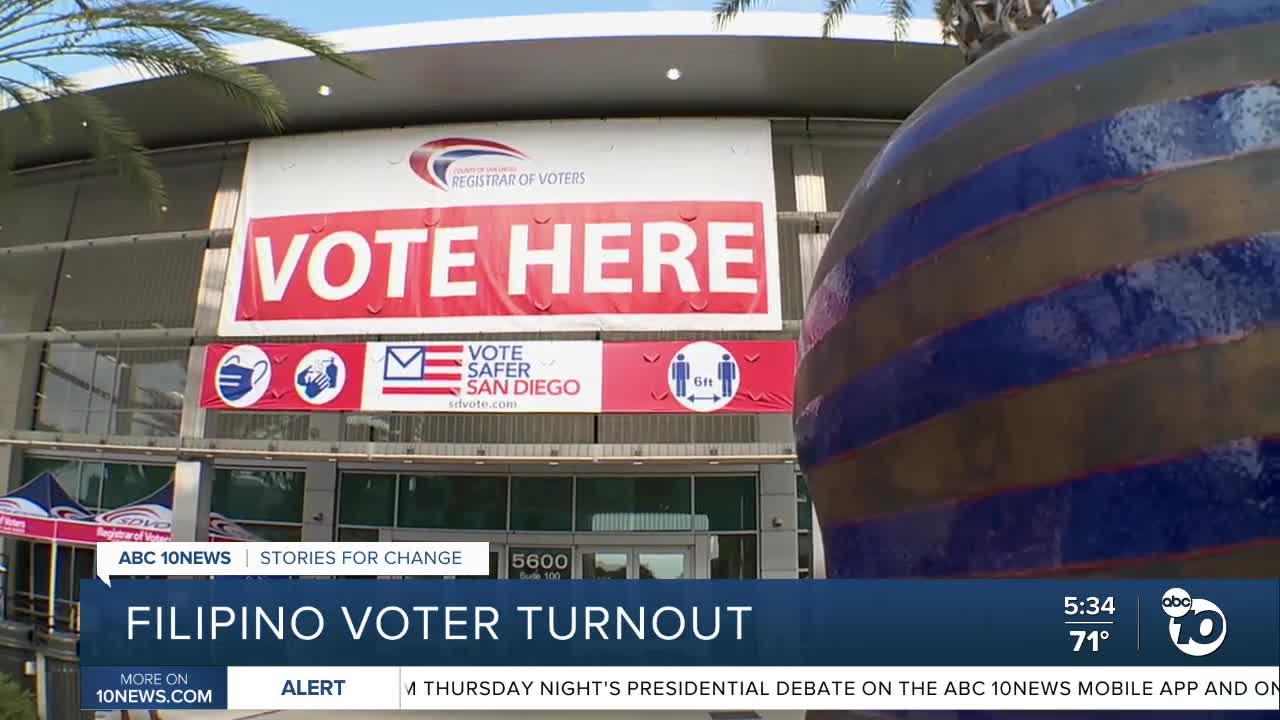 The effort to get out the vote for San Diego County's Filipino population has increased ahead of the 2020 election.

SAN DIEGO (KGTV) — The Filipino community in San Diego numbers around 200,000, second only to Latinos.

This election the effort to get out the vote among that group has stepped up.

Jo Ann Fields is among those getting out the word. She's been manning a phone bank nearly every day for the past few weeks.

"It's important for us to get out the vote so we can grab the attention of our decision-makers and get things done," Fields said.

Fields is the Government and Public Relations Director for the Asian Pacific Islander Initiative. The group does many things to support and advance its community, including civic engagement.

"We are the second largest ethnic group after Latinos we are the largest segment among Asian Pacific Islanders," says Fields.

According to the San Diego County Registrar of Voters, more than 46,000 special language ballots have been requested in Filipino this year.

Fields says there are several factors she thinks will encourage people to vote in record numbers, including having a Filipino candidate on the ballot, such as Todd Gloria, who is running for San Diego mayor.

"This is the first time someone from our community would be the leader of a city with 1 million-plus residents so that's really exciting," Fields said.

The effort to get out the vote has been impacted by COVID-19, but the outreach is all done virtually this year.

"Phone banking is one way, text banking is another, virtual town hall like we will have Friday," Fields recalls.

That town hall is designed to answer questions about how and when to vote. That's information Fields says is more important than ever this year.