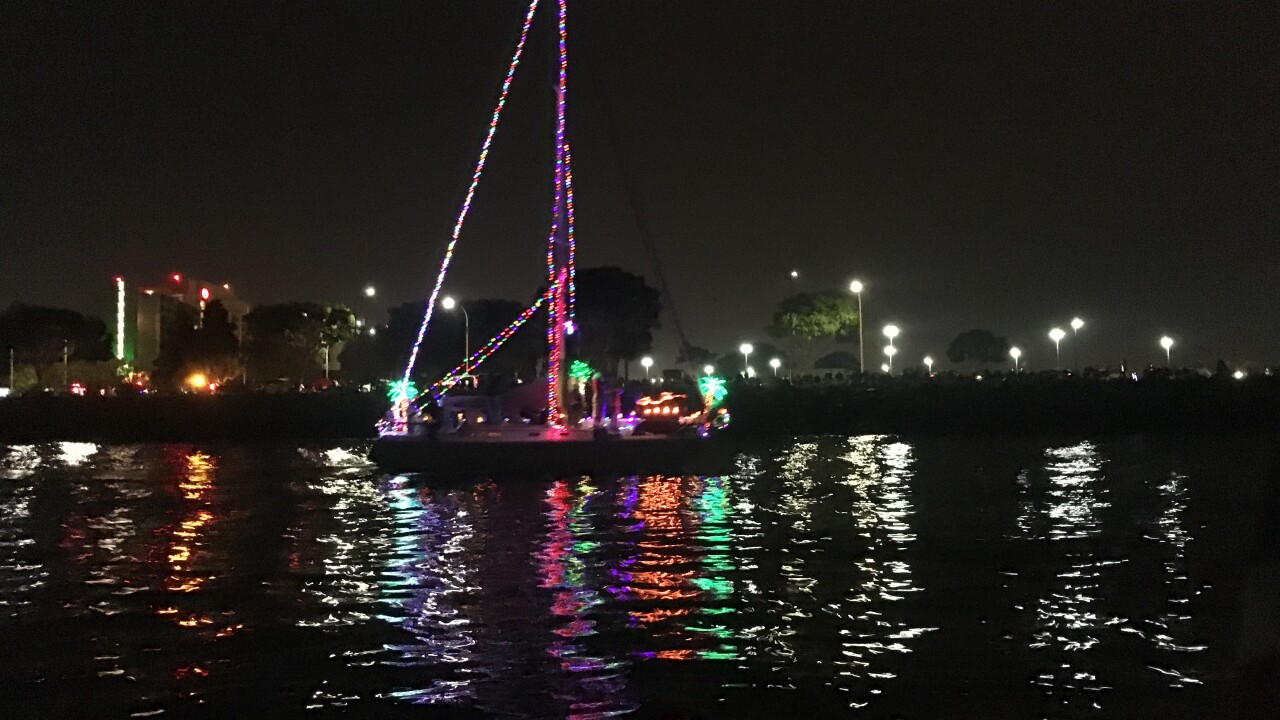 "We're probably at about the halfway point," Lyn Byles, member of the Silver Gate Yacht Club said as the captain anchored the Mojito.

Out on the Bay, we had prime seats to see everything from kayaks to the America decked out with lights, blow up Santas and palm trees. "Every single boat puts hours into putting these decorations together, so this is fabulous," Byles said.

"It's a clear wonderful night, it's one of the longest parades I've seen in a long time," Byles said. More than 80 watercraft registered to participate in the parade. With that many boats, committee boats run by volunteers keep everything in order.

"We set a perimeter so that not only do the boats in the parade know where to go, but we're there to keep everybody out as you know," Commodore George Woodley said. He's been volunteering for 5 years.

Sunday night he politely reminded a handful of boaters to remain outside the perimeter. The combination of low visibility, as well as a crowded parade route makes his job a necessity.

"We communicate with the coast guard and the harbor police so if any given situation gets out of hand, we call in the big dogs," Woodley said on the rare occasion that's necessary, the boat at fault quickly complies.

Veteran parade fans say some boats they call "Pirate Boats" end up as part of the show, explaining they may have some lights decorating the watercraft, but they weren't registered.

Woodley said it's a fun activity, with good company and he's always glad to provide the service. He said he'll be out next Sunday for the second Parade of Lights, then in the summer for the Fourth of July Parade.