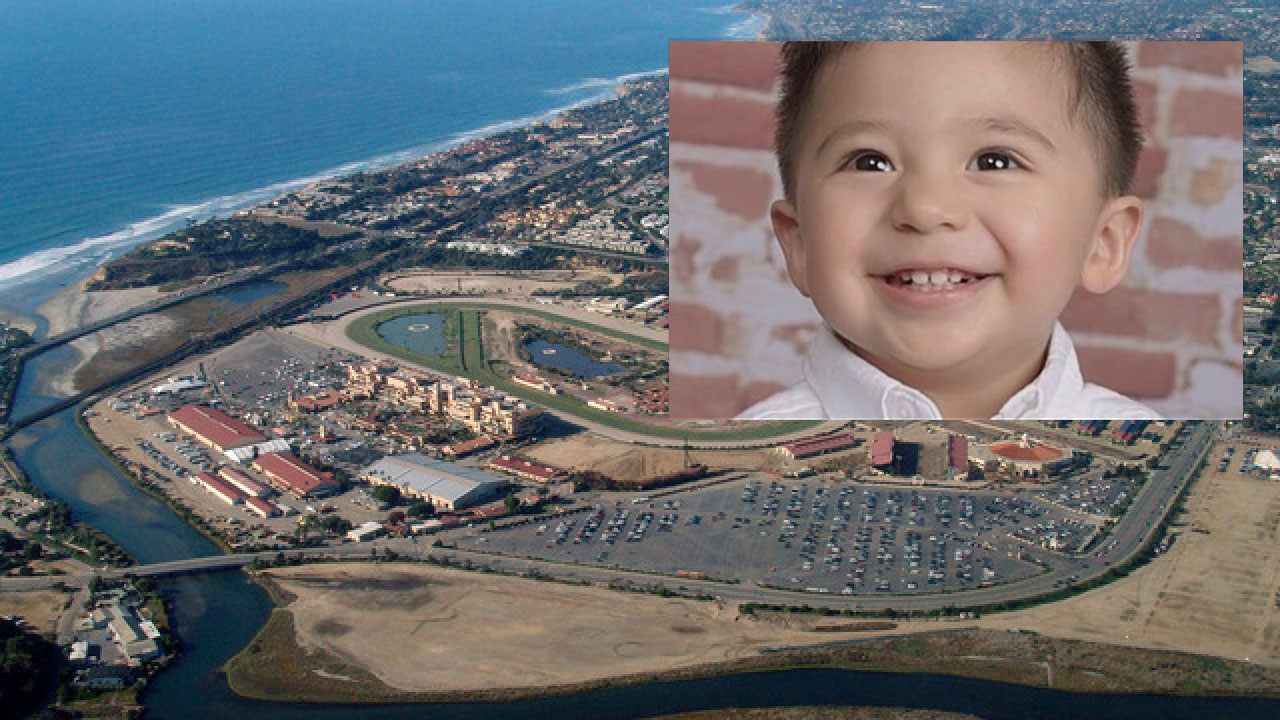 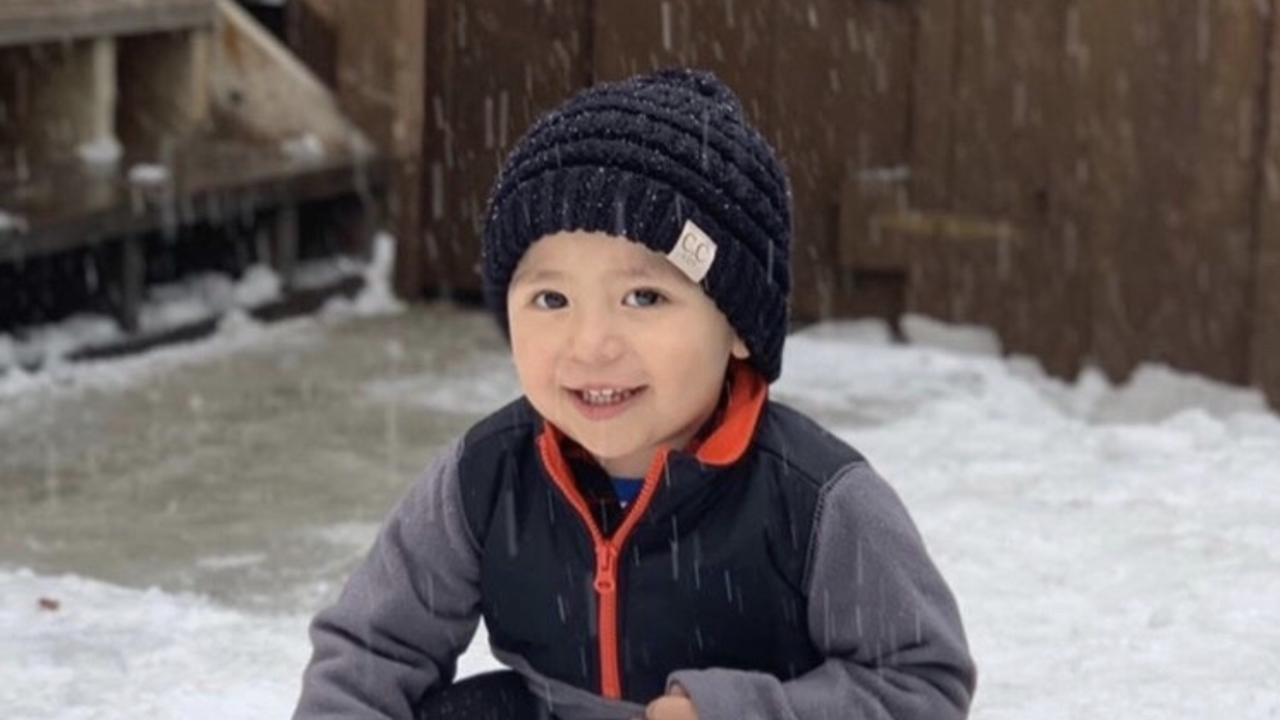 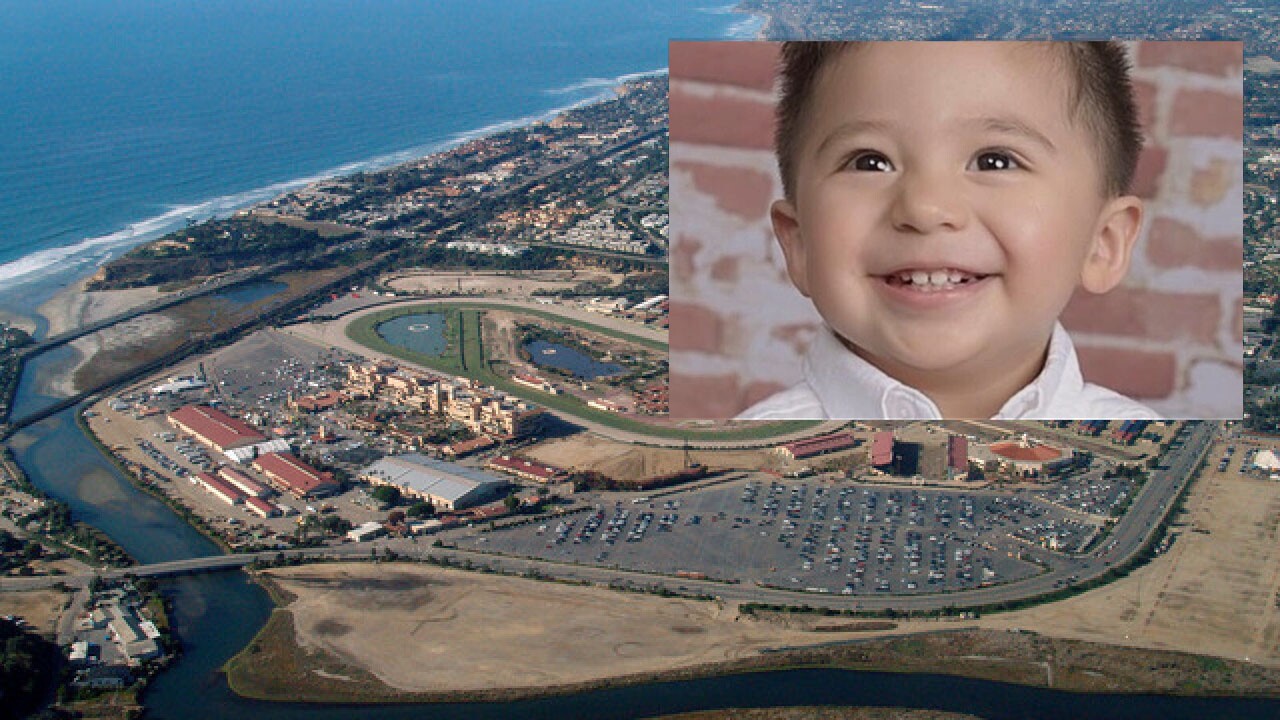 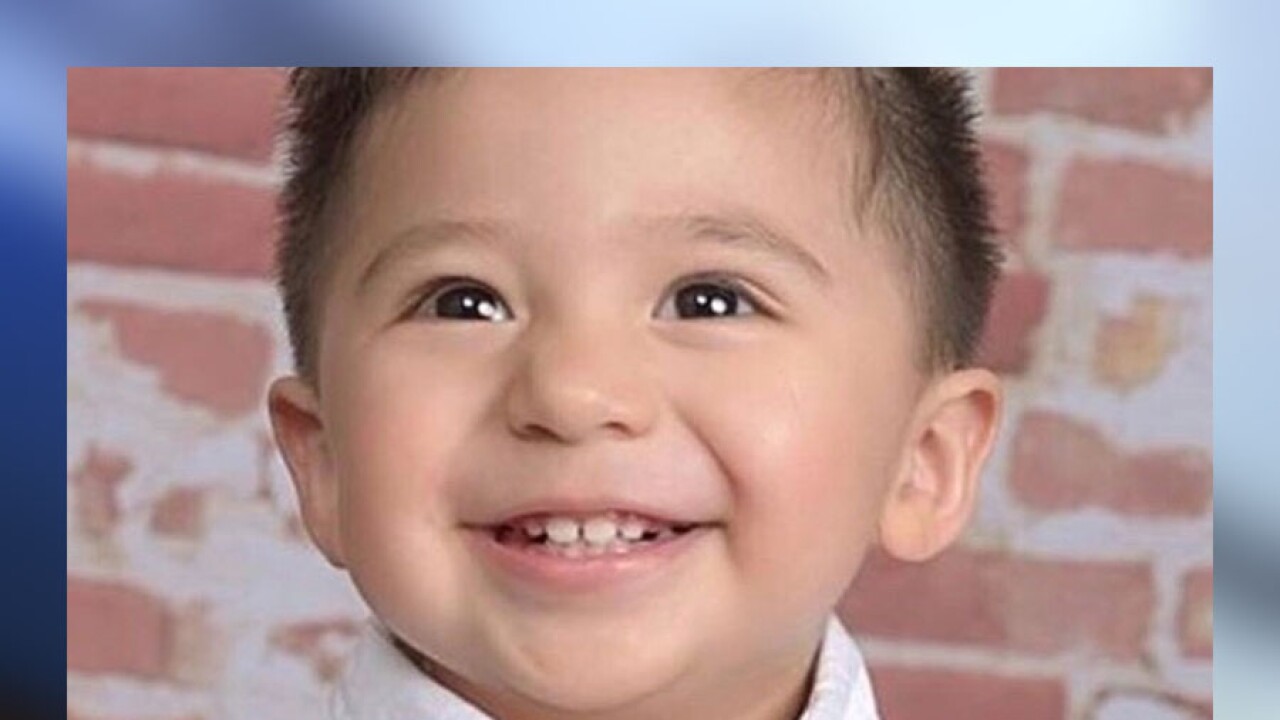 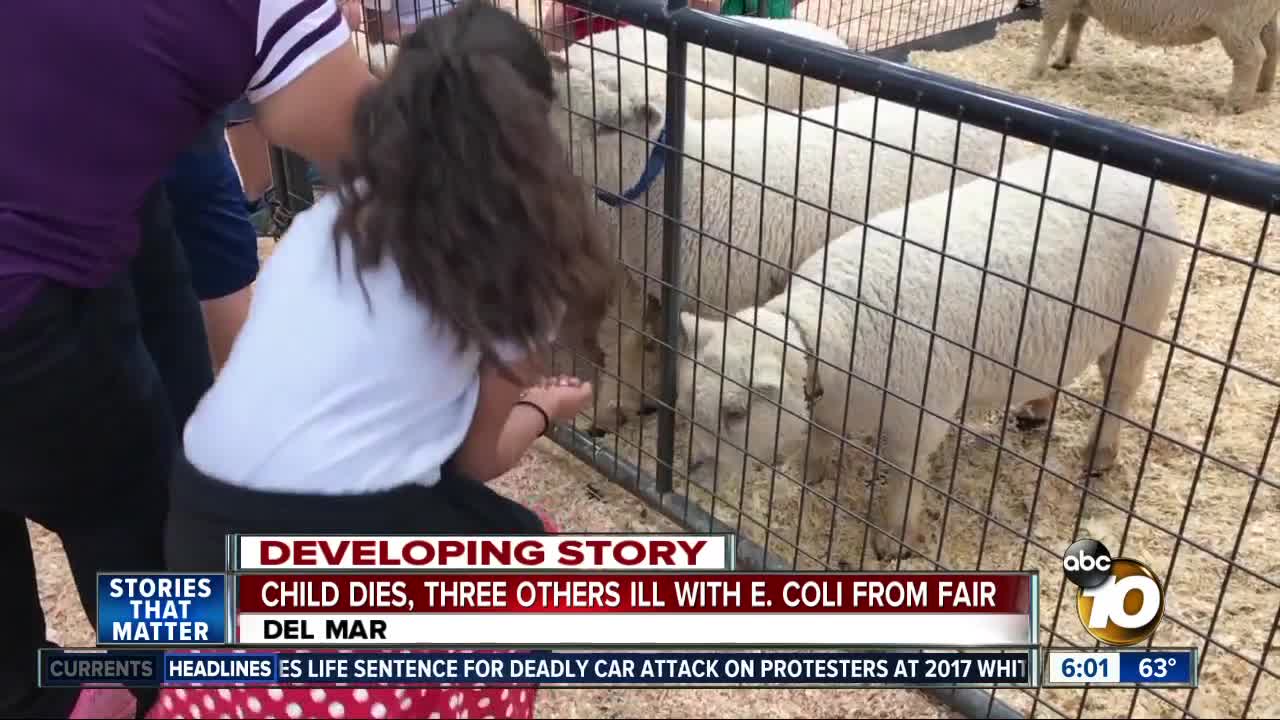 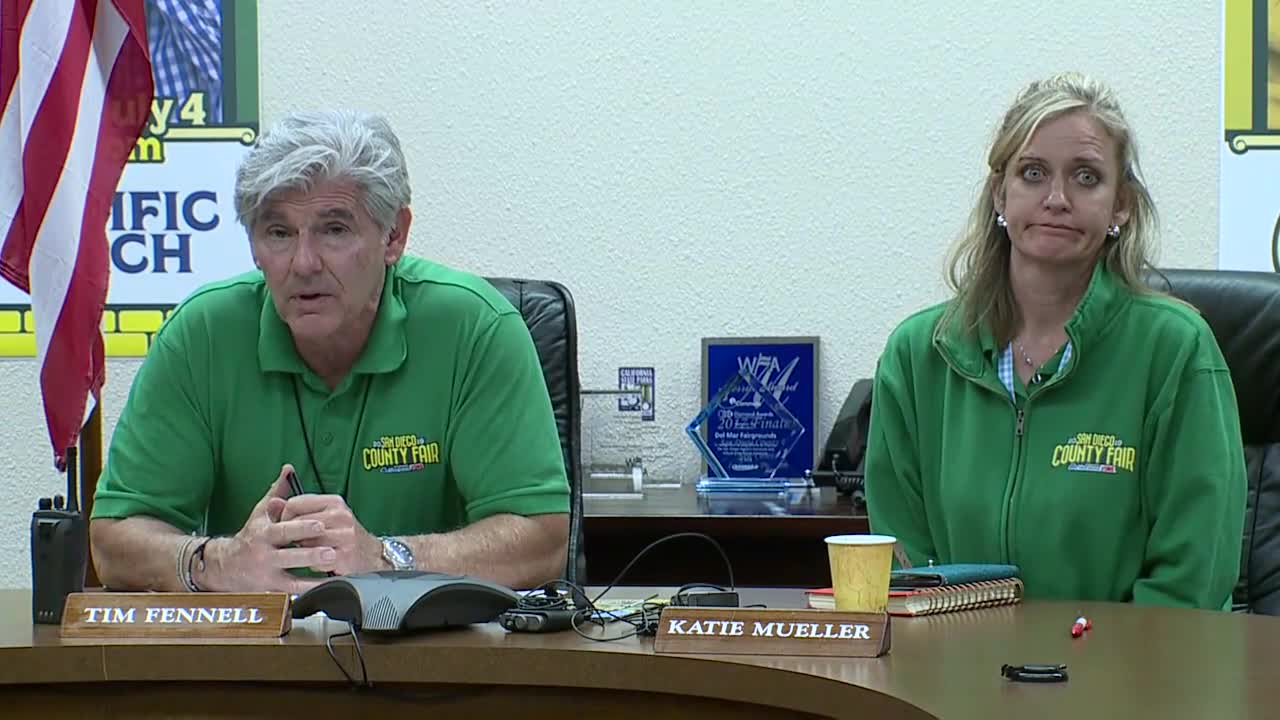 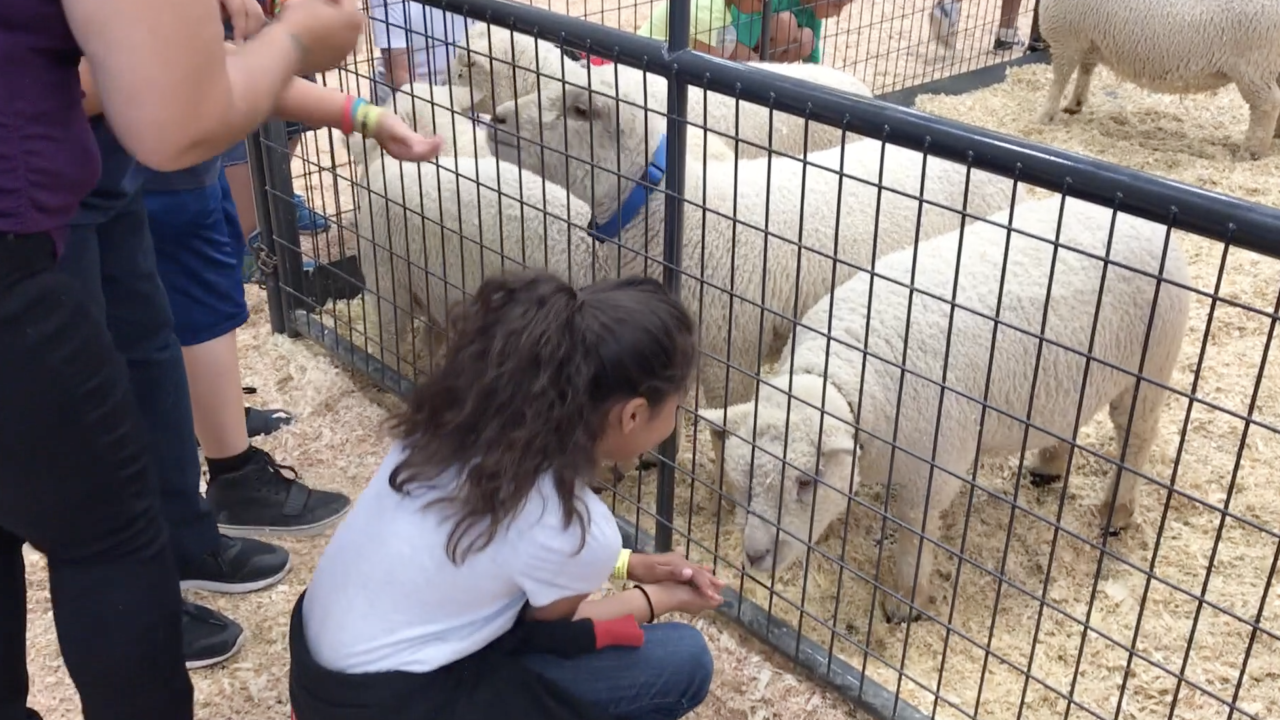 SAN DIEGO (KGTV) - A 2-year-old-boy died and three other children became ill as a result of E. Coli linked to contact with animals at the San Diego County Fair, health officials said Friday.

Four cases of infections have been confirmed in children ranging from 2 to 13 years old, according to the County Health and Human Services Agency.

The 2-year-old boy, identified by family members as Jedediah Cabezuela, died from Shiga-toxin-producing E. Coli (STEC). Health officials said Saturday there were no other clusters of Shiga-toxin in the county.

E. Coli can cause the complication HUS. The condition destroys red blood cells and causes the kidneys fail, which can lead to death.

The source of the E.Coli bacteria is under investigation by the County Department of Environmental Health, and Health and Human Services Epidemiology Program. County inspectors said the illnesses had no link to any food facilities the children accessed.

The cases are not directly related, officials said.

Fair and health officials says they haven't definitively linked the cases to animals at the fair, but all cases share that factor and they are taking the proper precautions. Fair organizers expressed Saturday they are confident the fair is safe and secure for visitors.

The family of Cabezuela gathered Saturday for a fundraiser at Rosie O'Grady's restaurant in Normal Heights. A GoFundMe account for funeral expenses topped more than $16,000 by Saturday night.

Fair officials say the fairgrounds will reopen Sunday through July 4, but "activities involving direct animal interaction" have been suspended. However, Saturday's Junior Livestock Auction will continue as planned, the fair said.

Officials also recommended anyone attending continue to use hand-washing stations around the fairgrounds, especially before eating.

RELATED: CDC: How to protect yourself around fair animals

Animals are scheduled to leave the barn exhibit area Sunday night. Officials say animal pens are sanitized before and after the fair, and are also cleaned daily.

Fair organizers said they anticipate the animal exhibit to return with more safeguards and policies next season. Personnel currently reminds guests to wash hands before and after the exhibits and requires guests leave strollers out of walkways between animal pens, the fair said.

People who contract STEC infections feel sick within 3 to 4 days after exposure to the bacteria, however the illness can start within 1 to 10 days after exposure, according to county health officials. Symptoms of E.Coli include severe abdominal cramping, watery or bloody diarrhea, and vomiting. Symptoms may also occur with or without a fever. County health officials asked anyone who experienced the symptoms on or after June 8 to contact their healthcare provider.

People who do not wash their hands after petting an animal, or bring food or drinks into an area with animals, increase their chance of getting sick, CDC officials said.

The CDC has recommendations for keeping children safe around animals: