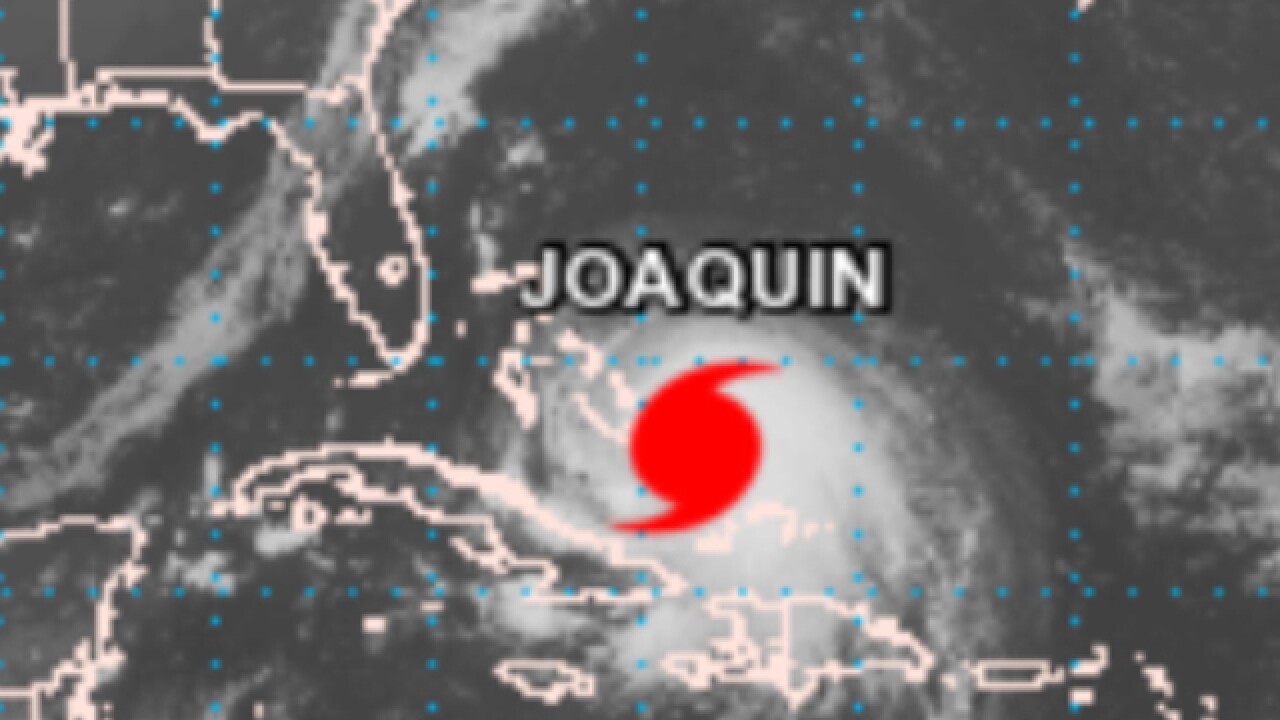 Hurricane Joaquin became a major category three hurricane late Wednesday night, and it could become a category 4 as early as this afternoon.

From there, models are still inconclusive on the exact track of the storm, but they've been trending more and more out to sea.

The National Hurricane Center has taken that into account and currently has the storm brushing up against the Carolinas, Virginia, Maryland, and Delaware before approaching New York early next Tuesday.

Even if this hurricane stays in the Atlantic, it's still going to bring ridiculous amounts of rain to the East Coast from Georgia to Maine with parts of the Carolinas expecting about a foot and a half of rain.

Now is the time to prepare for flooding and hurricane conditions with an emergency preparedness kit.