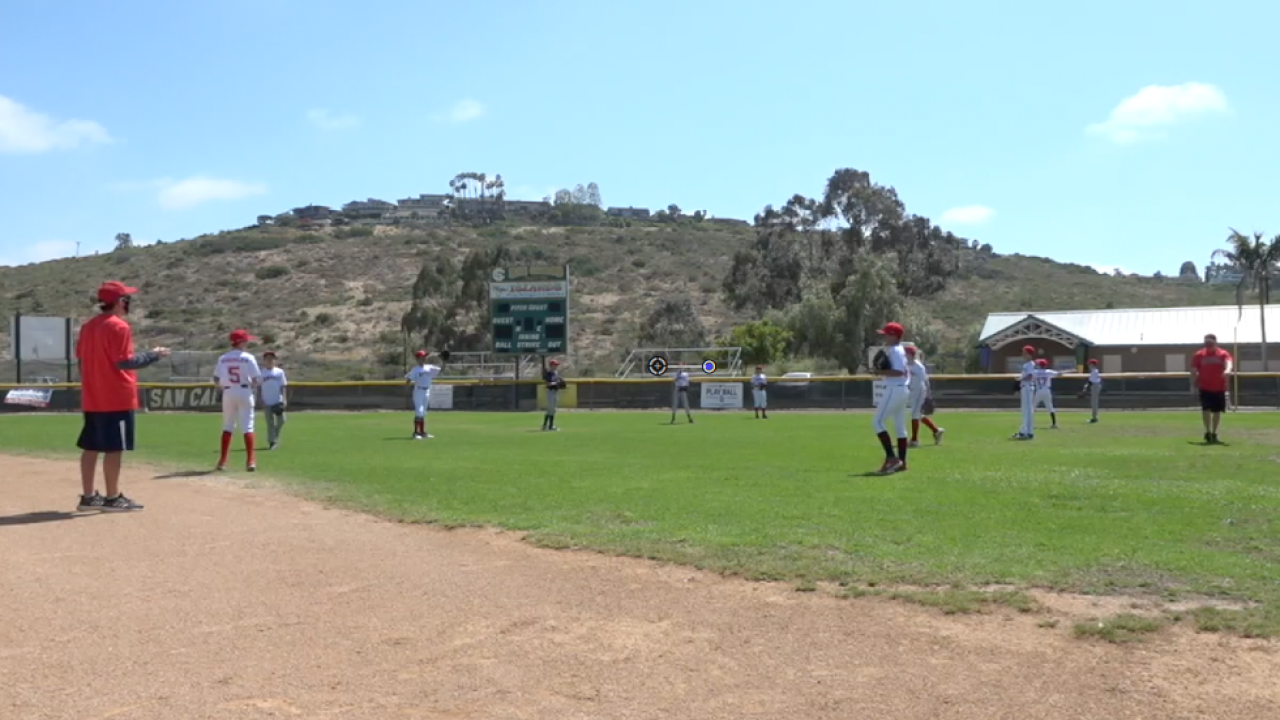 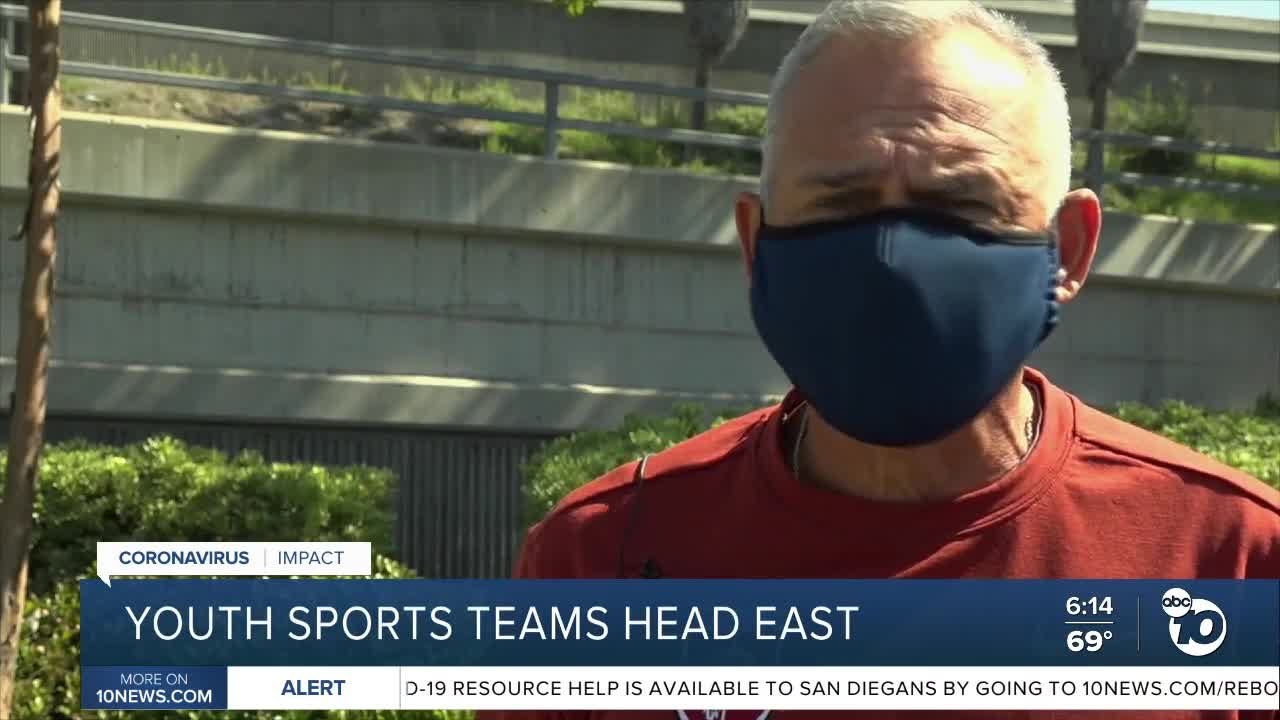 SAN DIEGO (KGTV) – Restrictions in California due to the COVID-19 pandemic have forced many youth sports teams around San Diego County to head to other states to play games.

Under current pandemic-related guidelines, youth sports teams in California have been limited to practices only. The restrictions have been frustrating for many parents and coaches.

Rene Miramontes, director of coaching for local-based Crusaders Soccer, feels traveling to play in other states was bound to happen.

"In youth sports in particular, with no recourse, you have to start looking for options,” Miramontes said.

Those options include heading east to places like Yuma, Arizona. In fact, the San Diego Union-Tribune reported about a recent baseball tournament in Yuma which featured 51 teams. Of those teams, 49 were from California.

"I gave it a couple months, with the plan that if we weren't open by October or November, we would have to look into going to other states," said Lococo.

Since pandemic regulations went into effect in March, many youth tournaments in San Diego have been canceled, costing the city a lot of money. According to the U-T report, the amount of money lost could be in the hundreds of millions of dollars.

Now, San Diego families are heading to places like Arizona and Utah for tournaments, and of course, absorbing the costs that come with it.

Lococo plans to take his King Kong Baseball teams to Arizona in the next month.

"As a family, you are renting a hotel for one to two nights, depending on how long the tournament is. Price-wise, you're probably talking five, six, seven hundred dollars per family,” said Lococo.

Of course, the most important thing is the safety of the young athletes. Which in turn brings about the discussion of whether playing games transmits the disease.

"In my opinion, there are no indicators that show us that," said Miramontes. "I see no reason why we are still in the no contact state."