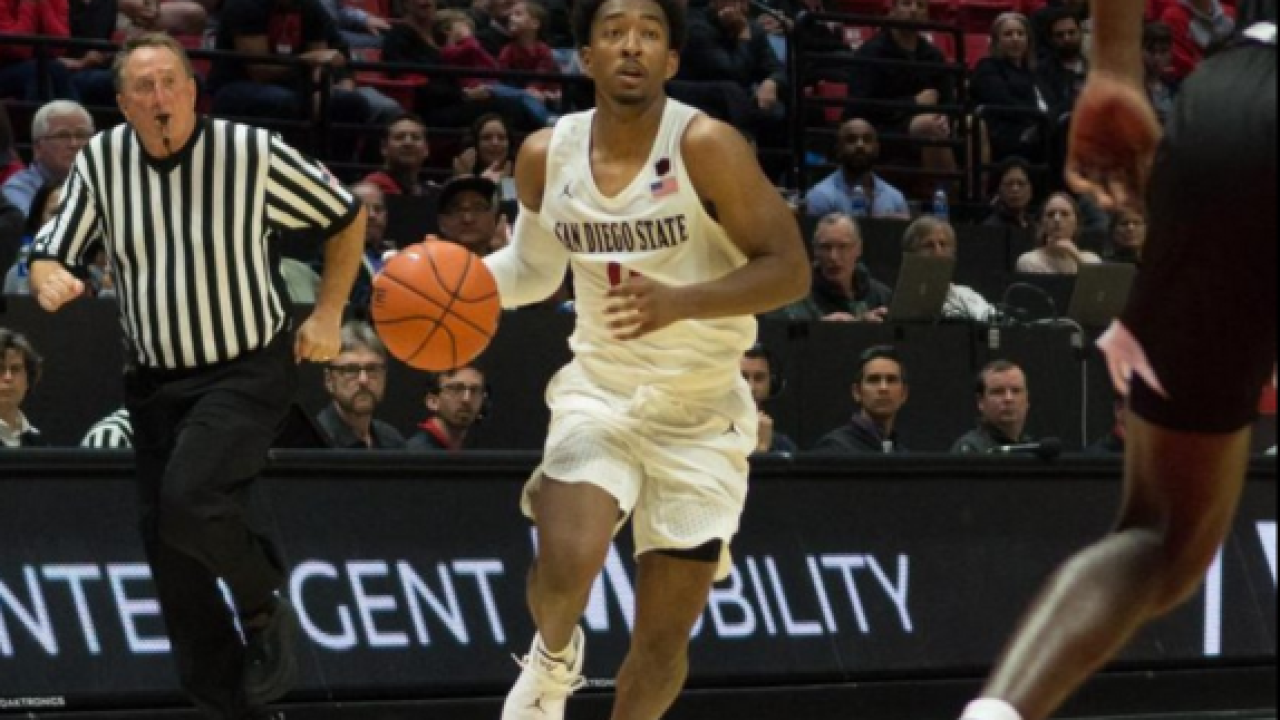 “I had a little Steph Curry moment. I shot the ball. I didn’t look at it. I just turned around and started running down court,” Watson said about knocking down one of his career-high six threes.

Watson was a bright spot during the Aztecs’ 76-60 home-opening win against Arkansas-Pine Bluff on Tuesday evening at Viejas Arena.

Much of the credit for Watson’s good looks went to the Aztecs’ ball movement, as eighteen of SDSU’s 24 made field goals came courtesy of an assist.

Watson said the play of his teammates allowed him to knock down multiple threes and score a team-high 20 points.

“I feel like the ball movement tonight helped,” Watson said. “Guys were finding me, I was finding them. Most of those threes were wide open.”

SDSU head coach Brian Dutcher said Watson arguably played his best ball as an Aztec, from his scoring to initiating the offense.

“Devin might’ve played his best floor game that I’ve seen him play here,” Dutcher said. “And then you add the way he shot the ball…he was the catalyst for a lot we did offensively.”