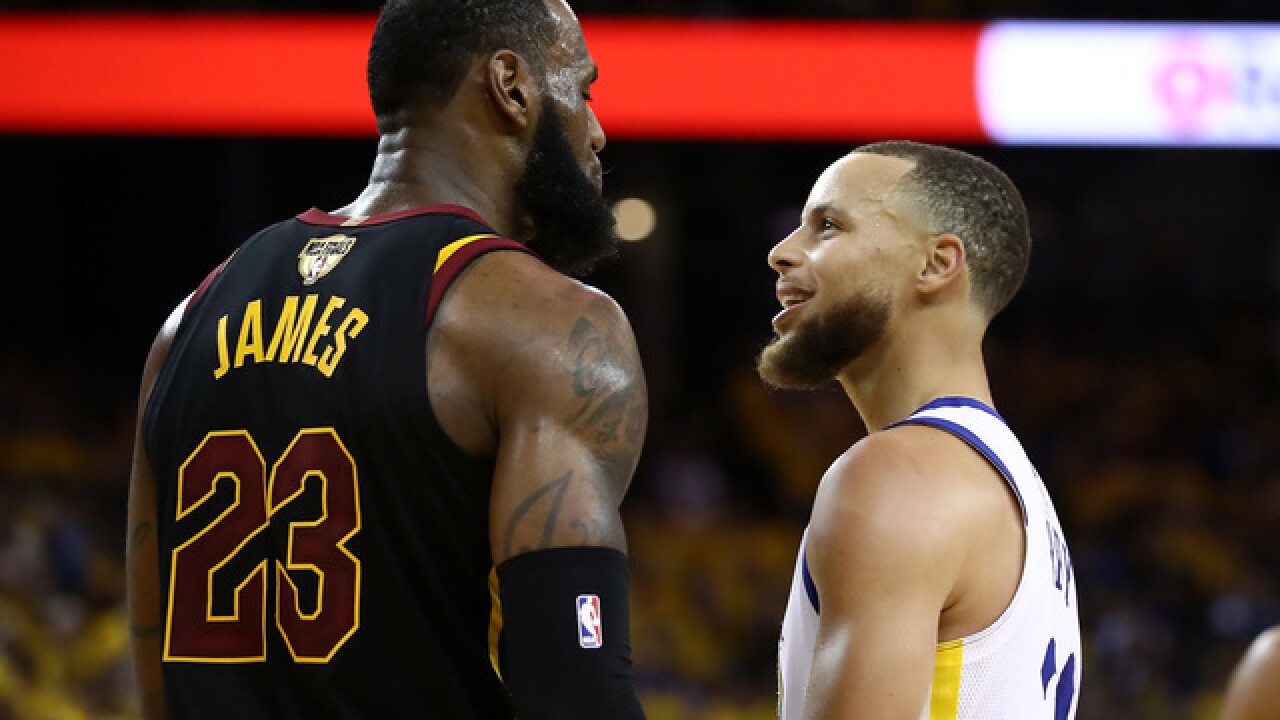 Copyright 2018 Scripps Media, Inc. All rights reserved. This material may not be published, broadcast, rewritten, or redistributed.
Ezra Shaw
<p>OAKLAND, CA - MAY 31: Stephen Curry #30 of the Golden State Warriors exchanges words with LeBron James #23 of the Cleveland Cavaliers in overtime during Game 1 of the 2018 NBA Finals at ORACLE Arena on May 31, 2018 in Oakland, California. NOTE TO USER: User expressly acknowledges and agrees that, by downloading and or using this photograph, User is consenting to the terms and conditions of the Getty Images License Agreement. (Photo by Ezra Shaw/Getty Images)</p>

OAKLAND, Calif. (AP) — The Golden State Warriors pulled out a 124-114 overtime victory over Cleveland in Game 1 of the NBA Finals after a bizarre ending to regulation.

The game went to OT after Cleveland's J.R. Smith failed to take the go-ahead shot after a missed free throw, apparently believing the Cavaliers led by one when it was tied.

The Warriors took advantage of their second chance, opening OT with a 9-0 run to blow it open.

LeBron James' highest-scoring postseason game was wasted, as he finished with 51 points.