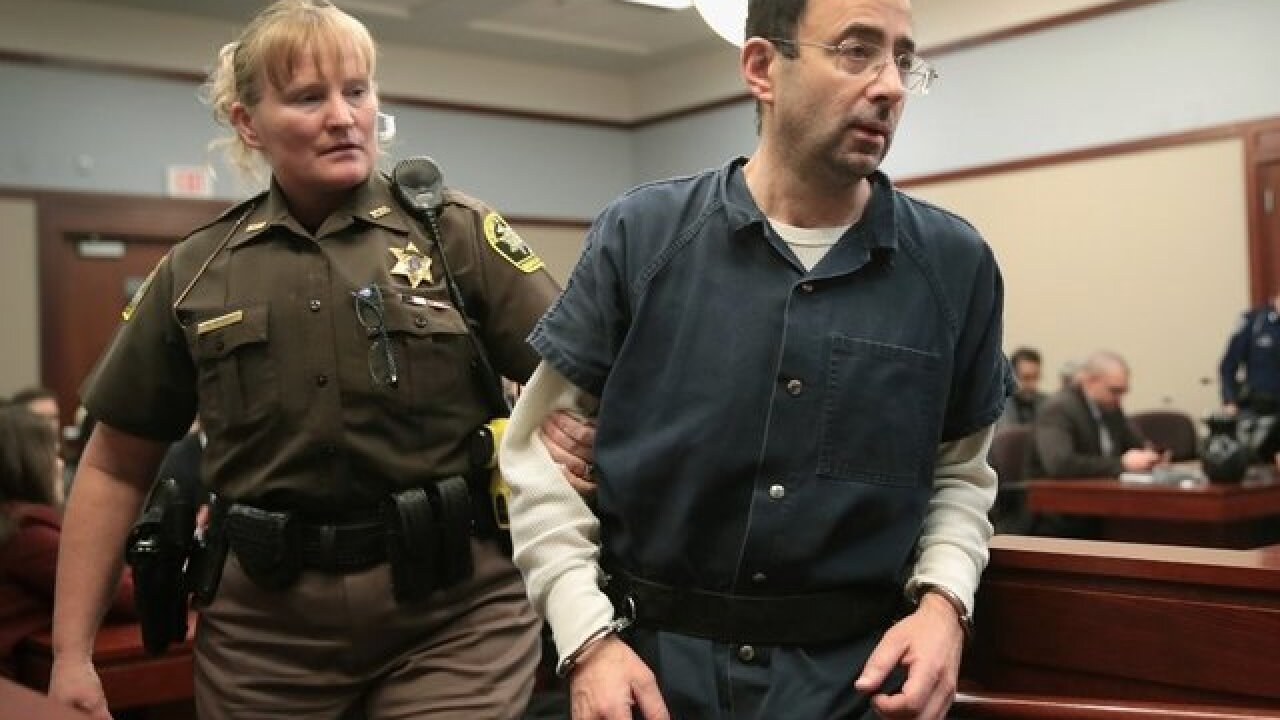 "I want to apologize to all who were harmed by the horrific acts of Larry Nassar," Perry said.

She said she was "appalled and sickened by the despicable crimes" of Nassar and said USA Gymnastics has taken a new course over the last five months to protect athletes.

Perry was appointed to take over USA Gymnastics late last year. She replaced Steve Penny, who resigned in March 2017 amid backlash over the organization's handling of sexual abuse claims, including against Nassar.

Nassar, the former USA Gymnastics doctor and Michigan State University team physician, admitted in a Michigan court that he had used his influence and position as a trusted medical professional to sexually abuse young girls and women over two decades.

Several of the hundreds of women abused by Nassar, including gold medal gymnast Aly Raisman, have said USA Gymnastics is responsible for not doing more to stop the years of abuse. In court in January, Raisman said the organization was "rotting from the inside" and called on Perry to take responsibility for the issue.

"Where is the honesty? Where is the transparency? Why must the manipulation continue?" Raisman asked.