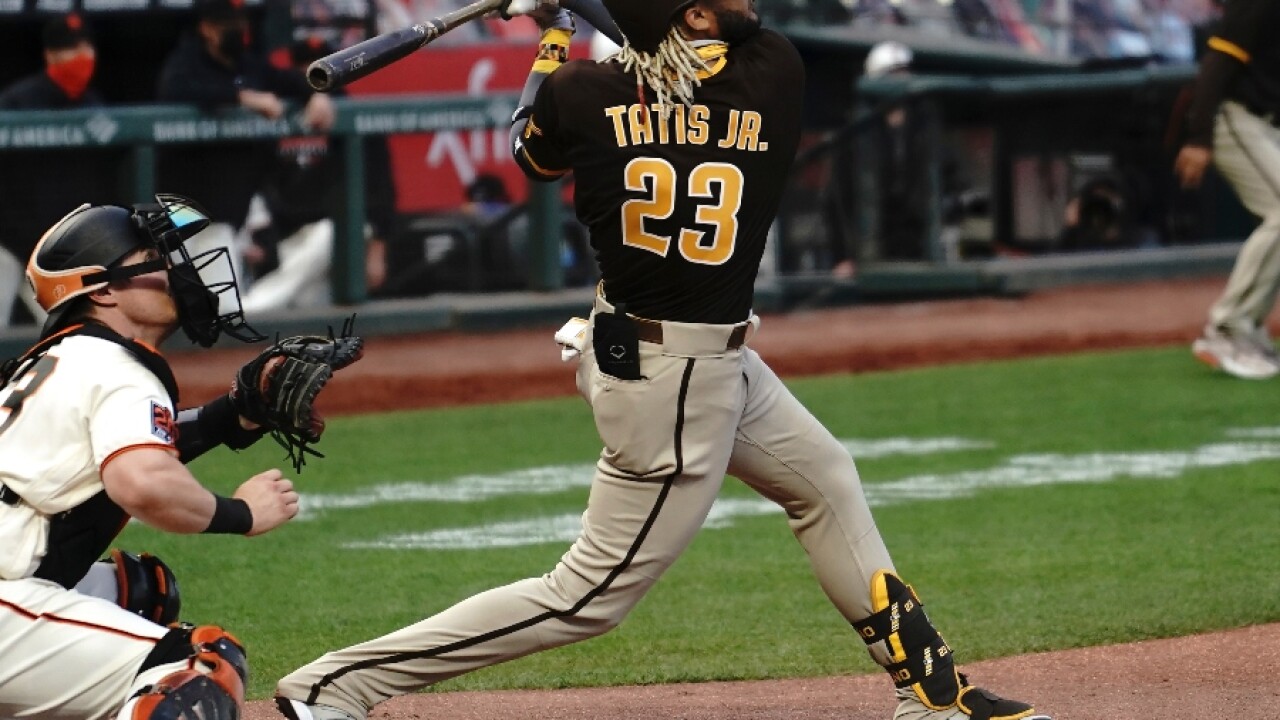 Zach Davies struck out five over five innings to win his Padres debut. He allowed five hits and three runs -- two earned -- as San Diego won for the fourth time in five games this season.

The right-hander came over in a trade with Milwaukee last November.

Tatis Jr.'s opposite field home run was his first of the season. Myers' blast was his second of the year.