Sweetwater Bike Park in Bonita is the first of its kind for San Diego County parks, and it was a long time in the making. 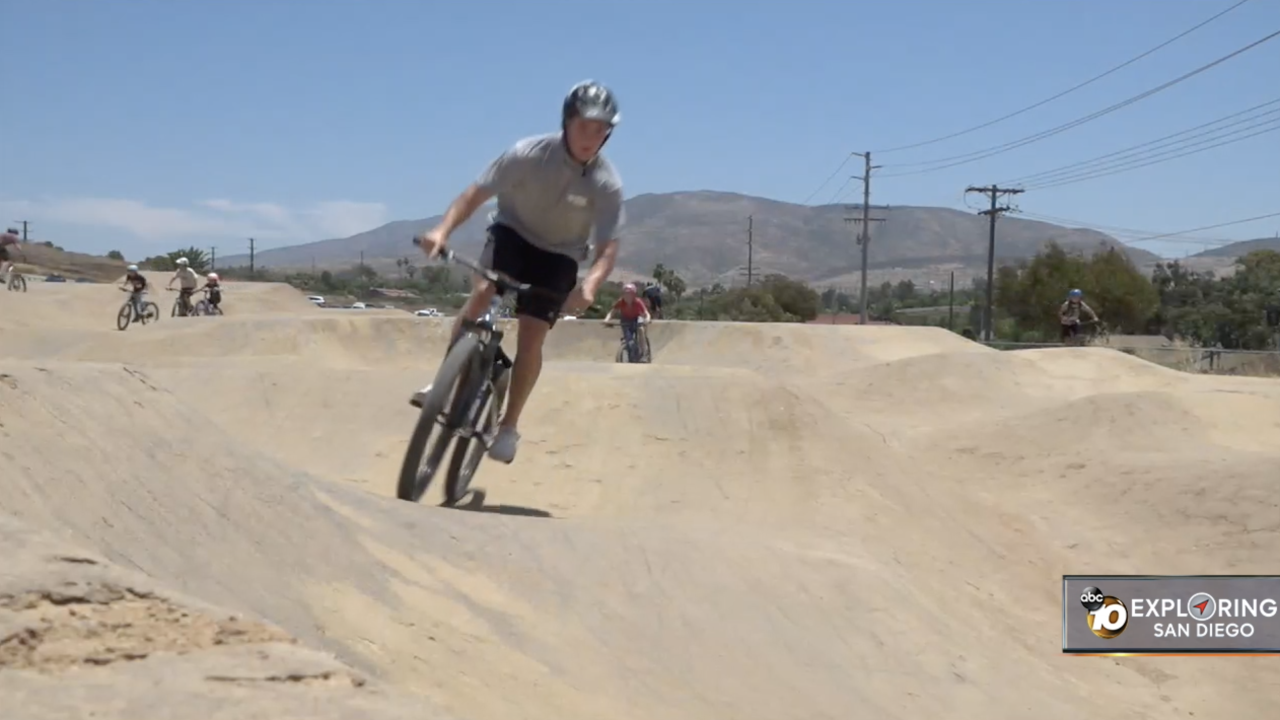 BONITA, Calif. (KGTV) -- Sweetwater Bike Park in Bonita is the first of its kind for San Diego County parks, and it was a long time in the making.

"As an organization, we have been advocating for over 10 years for this type of park in the county, so we're thrilled," says Susie Murphy, the Executive Director of the San Diego Mountain Biking Association.

The park opened in January, and riders of all ages and levels showed up on two wheels.

"On opening day, I like to say the youngest rider was seventeen months old, and the oldest was seventy-four. It's for all ages, from tiny kids on their Strider bikes, up to teenagers from the neighborhood on their BMX bikes," Murphy says.

And Murphy says she loves the design of the park. It comes with jumps, two flow trails, and a skills zone.

"Every day it puts a smile on my face," Murphy says.

Unfortunately, soon after the park opened, it had to be shut down due to the COVID-19 pandemic.

"We did not know what to expect, it was definitely a disappointment," added Murphy.

The park was closed for a couple of months, but is now back open for business, but with a few rule changes.

"Right now we're only letting fifty people come in at a time," says Park Ranger Adair Flores. "They are required to wear a mask when they come in and they do have to stay six feet apart from each other. They can't group up in the gazebo areas when they are riding, and it's recommended they wear a mask, but you know, it's harder to breathe with it."