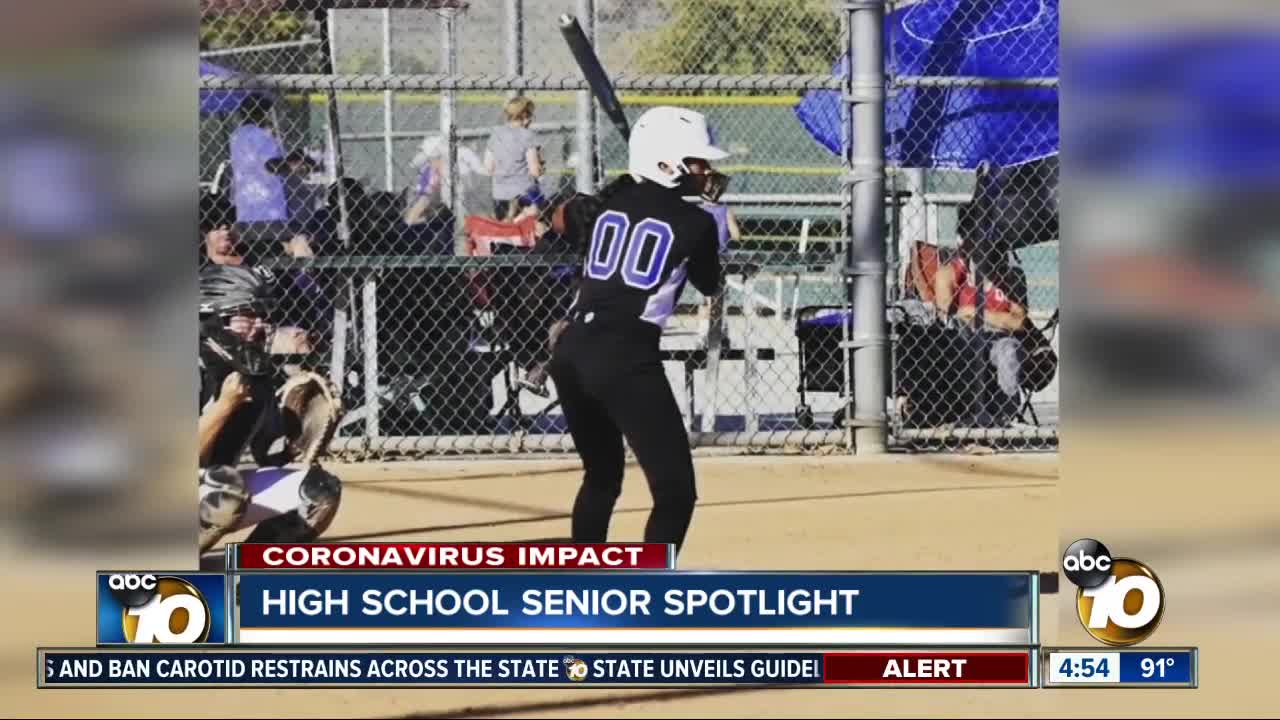 CHULA VISTA, Calif. (KGTV) — Eastlake High School senior Alice Casillas had a big decision to make on the softball field about the time she was in the fourth grade.

Casillas says after establishing herself as a softball player, she had another big decision to make. It's a decision that would ultimately change her game, and bring her success on the diamond.

"I was a lot smaller than the other girls, and I was originally a right-handed hitter, so my travel coach decided it would be a good idea for me to hit left-handed instead," Casillas says it took a while to get adjusted. "It took about two years to fully show how much I could be better at hitting as a lefty."

Once she arrived on the Eastlake High School campus, she would be apart of the varsity softball team for four years.

"The dynamic of the team was super cool and I met a lot of nice girls. The team was super great, the coaches were very helpful when it came to games, and I eventually became a captain," says Casillas.

Casillas will play her college softball at Cal State San Marcos, and that too has a unique story behind it.

"I was the backup and I played second base one game. I ended up doing super good and made an amazing diving catch. It just so happened the CSU San Marcos coach was there, so she ended up telling my coach that she really liked me," Casillas said.