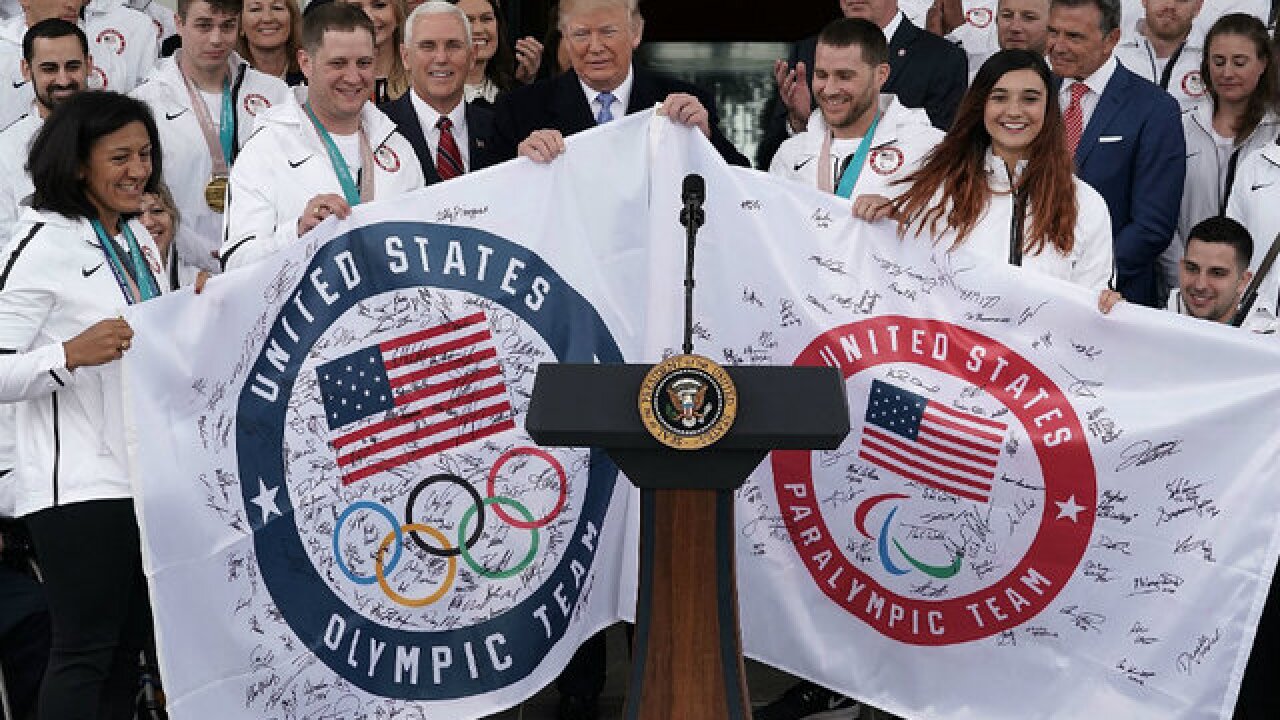 Trump applauded the athletes gathered on the north portico and congratulated them on their medals.

Trump also appeared to again be taking credit for the crowds who attended the Olympics in Pyeongchang, South Korea. Trump said the numbers "were not looking good" until things changed. He said, "I think you know why."

Several members of the U.S. team, including Gus Kenworthy, Adam Rippon, Nathan Chen and Lindsey Vonn, had said they wouldn't go to the White House if invited, citing personal beliefs.

Snowboarder Shaun White, from Carlsbad, reportedly did not attend the event due to a wedding he was attending. Fellow snowboarder Chloe Kim also missed Friday’s ceremony because of a wedding.

Figure skater Chris Knierim, a Ramona native, and his wife Alexa were at the event.

Hosting Olympic athletes is a decades-old tradition at the White House. There have been notable absences over the years regardless of who is in office.