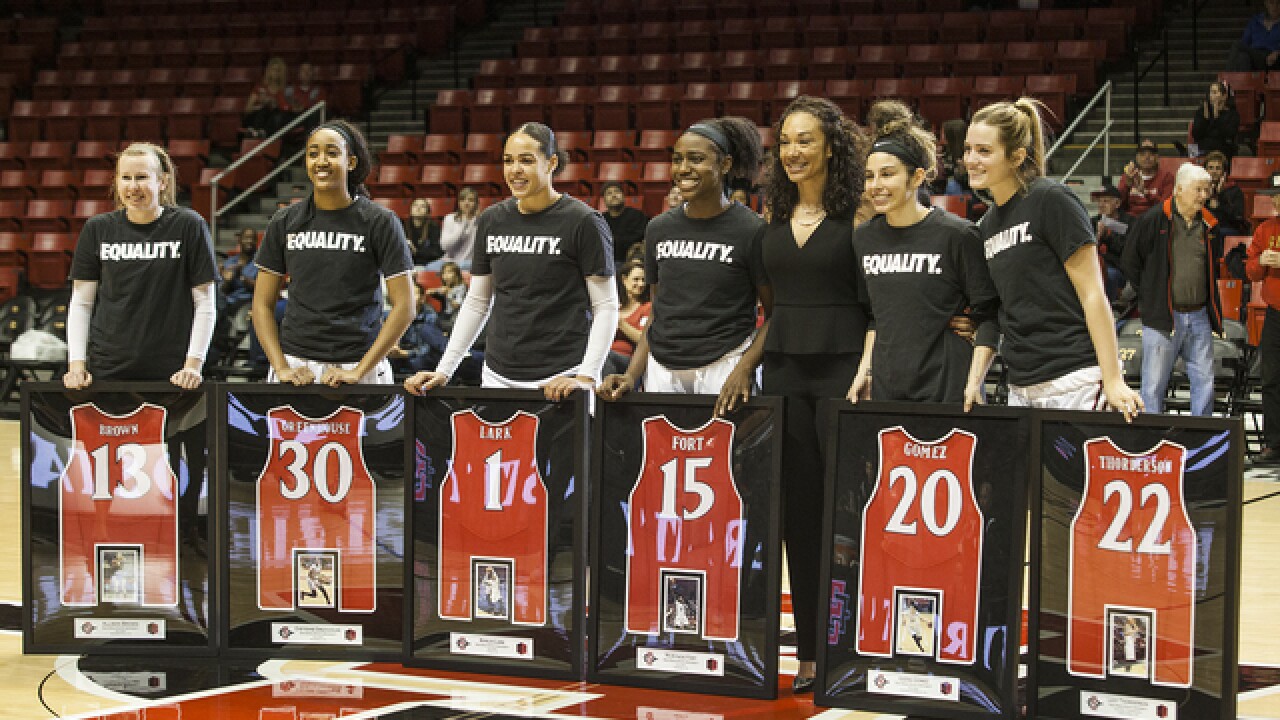 SAN DIEGO (Daily Aztec) - San Diego State women’s basketball honored its six senior players prior to its game against San Jose State University on Saturday afternoon, before defeating the Spartans (7-20, 4-12 MW) by a score of 85-78.

“It was an exciting moment for all of us for different reasons,” Lark said. “It was kind of a crazy day because we were all hyped up, obviously this is our last home game, our last game at Viejas, a little bit bittersweet.”

Thorderson, who suffered a knee injury in January which ended her season, was given a symbolic start, and played the first six seconds before exiting to hugs and tears.

“One of the biggest things we focused on was always trying to play for (Thorderson) and like (Thorderson),” Gomez said. “Because whenever she did play she was always playing hard.”

Gomez had a career-best 22 points to lead five Aztecs players in double figures.

“Nice way to go out, especially with the class and everybody that was playing on the floor and having those people out there with me,” Gomez said. “I wouldn’t want anybody else giving me the ball or playing on the court with (me) so (it was) pretty cool.”