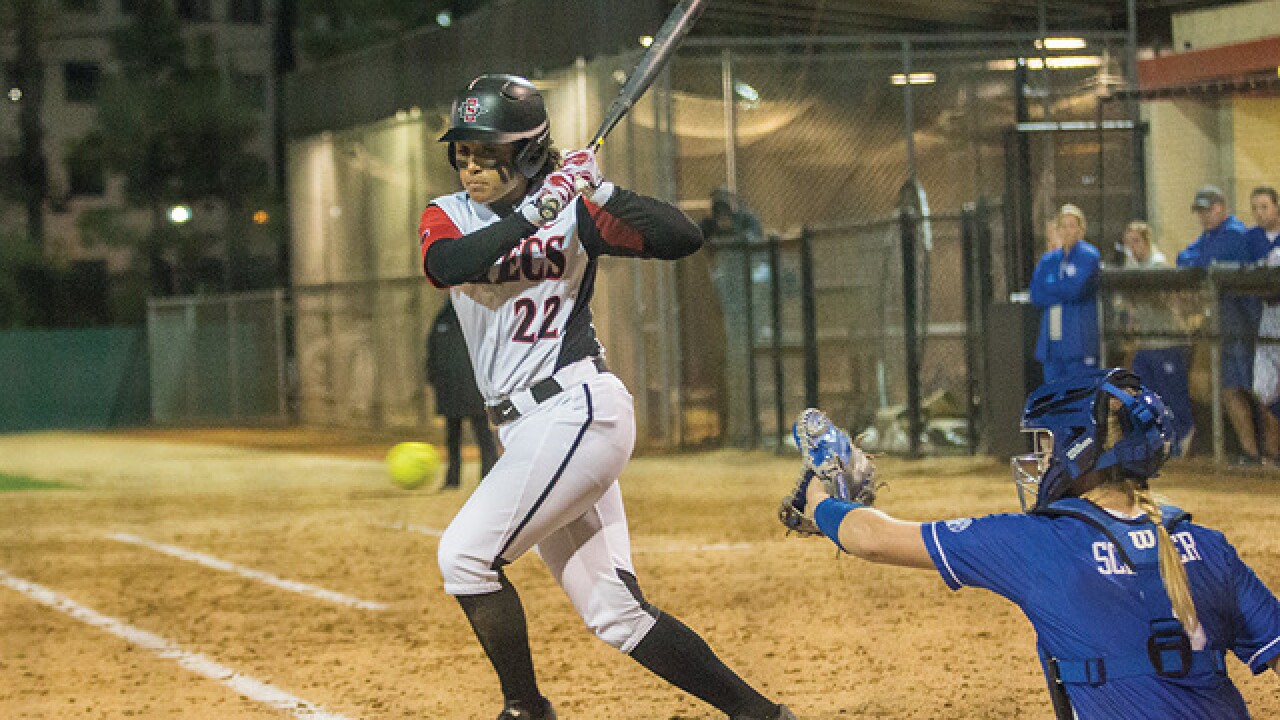 The Daily Aztec
Abraham Jewett
<p>Sophomore outfielder Kiera Wright prepares to swing at a pitch during the Aztecs 5-0 loss to Kentucky on Feb. 15 at SDSU Softball Stadium.</p>

SDSU will play five games at the event, and will try to build on a two-game winning streak which improved their record to 3-8.

“I think we got over a slight hump this (last) weekend so we are feeling a little bit better going in,” head coach Kathy Van Wyk said. “Right now we are trying to continue working on us and on the process.”

The Aztecs most recently defeated Cal State Fullerton by a score of 2-1 in the finale of the Campbell/Cartier Classic, which the team hosted.

SDSU will have a shot at early season redemption against UC Davis and Northwestern University, whom the team already lost to this season in the Kajikawa Classic.

“I’m obviously looking forward to getting Northwestern and UC Davis so we can avenge those losses,” Van Wyk said.

The Aztecs will open up the classic against Liberty University, and the team will also play the University of Notre Dame and Bethune-Cookman University.

“Its’ a nice range of teams that we don’t often see,” Van Wyk said. “We’re just excited to get out of California and play other schools.”