SDSU explodes on offense for 97-78 victory over Colorado State 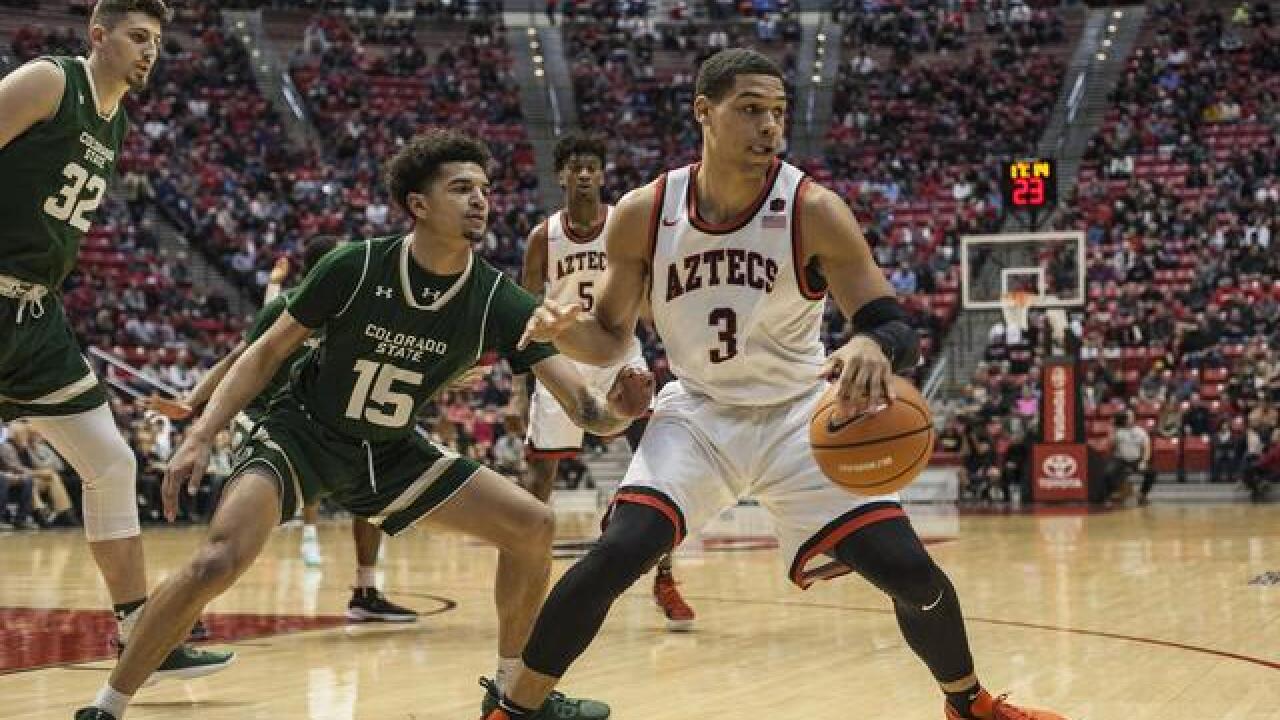 The Aztecs would not need 100 points to win, but they nearly got there anyway.

The 13 three-pointers made tied a season high for the Aztecs, and the 97 points were the second most ever scored in a Mountain West game on SDSU’s home floor, trailing only when the team scored 98 against Texas Christian University in 2012.

“It feels good to get a win when you’re riding a three game losing streak,” head coach Brian Dutcher said. “We just have to continue to stay with what we do, believe in the process and play our way out of it. And we did tonight.”

This was the second win in as many tries this season for the Aztecs against the Rams, having won the previous meeting between the two teams on the road three weeks ago in Fort Collins.

Seven players - including all five starters - scored in double figures for the Aztecs, who were led by a game-high 20 points from junior forward Max Montana.

“I just know that Max is getting in his rhythm. He is starting to scratch the surface of what he’s going to do,” Dutcher said. “If he continues to play like this we are going to be hard to be beat.”