SDSU come back falls short in 28-24 loss to Nevada 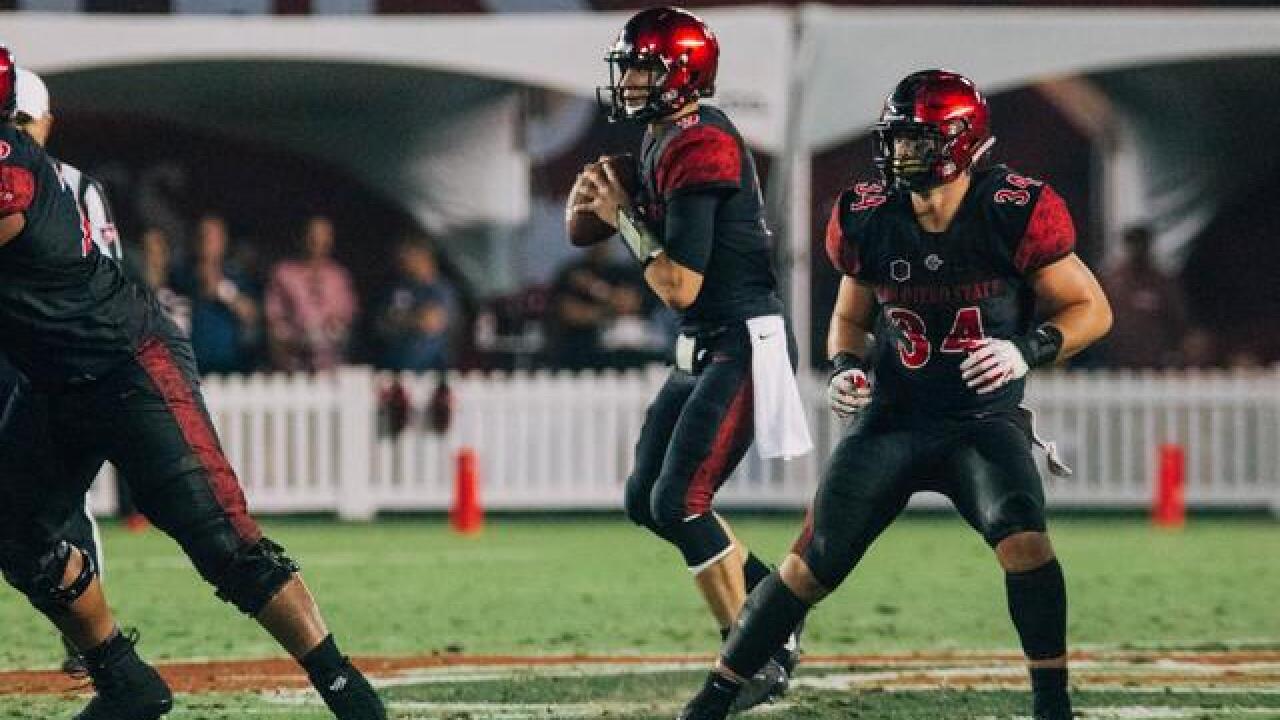 RENO (Daily Aztec) - San Diego State football has made a living with close games and fourth quarter comebacks this season, but the prospect of a 99-yard drive with under a minute left proved too much for the Aztecs on Saturday night against University of Nevada.

SDSU (6-2, 3-1 MW) found themselves in a familiar position, needing a late drive to earn a come-from-behind victory, but could not complete its fifth fourth quarter comeback of the year, falling 28-24 to the Wolf Pack at Mackay Stadium.

The Aztecs got one final chance after converting a critical third-down stop, but Nevada’s subsequent punt pinned them back at their own 1-yard line with 58 seconds to play.

Redshirt junior quarterback Ryan Agnew drove the team down to the Wolf Pack 35-yard line, but his last second hail mary heave was knocked down at the goal line as time expired.

The loss ended a six game winning streak for SDSU, and resulted in their first conference defeat of the season.

Despite coming up short, Agnew had his career best statistical game as the starter, throwing for 283 yards with three touchdowns and no interceptions.

Agnew threw for only 86 yards in SDSU’s victory a week before against San Jose State, eclipsing that total by the end of the Aztecs first two drives against the Wolf Pack (5-4, 3-2 MW).

Read the full story on The Daily Aztec