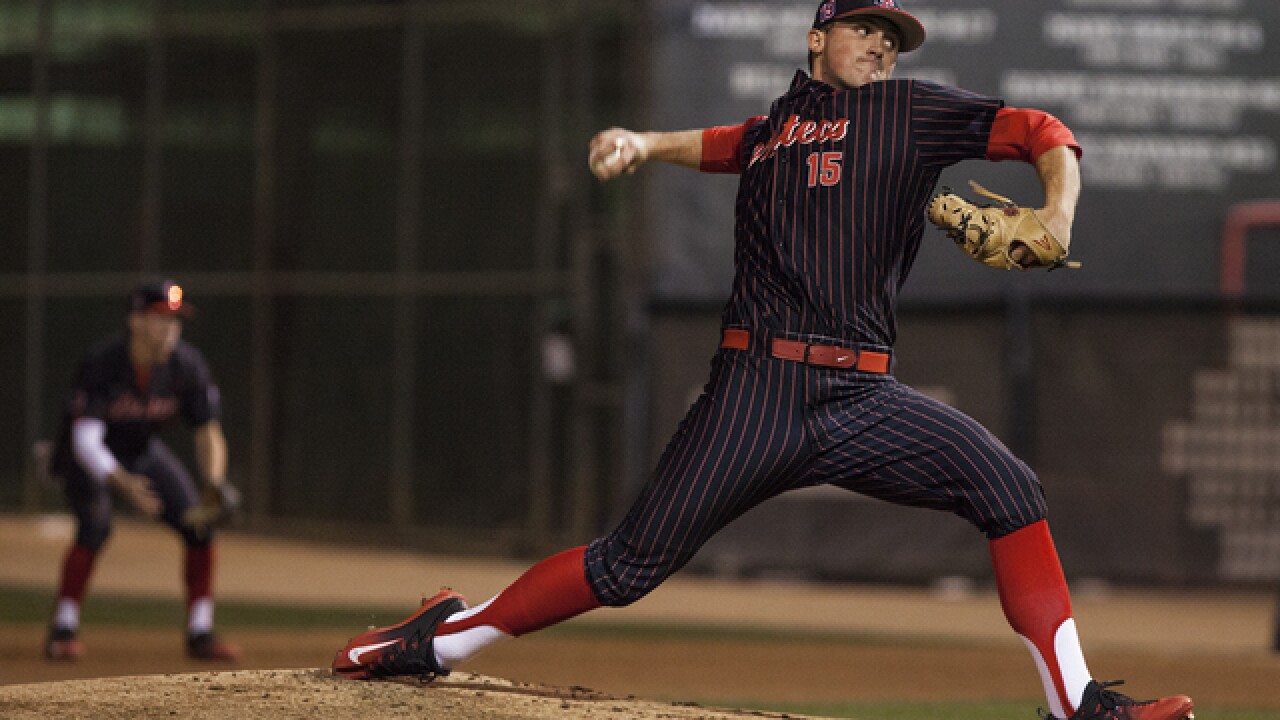 The Daily Aztec
Kelly Smiley
<p>Sophomore Logan Boyer throws a pitch during the Aztecs 9-1 victory over UCSB on Feb. 16 at Tony Gwynn Stadium.</p>

SAN DIEGO (Daily Aztec) - San Diego State baseball got its season underway on Friday, defeating the University of California, Santa Barbara by a score of 9-1 on a cool evening at Tony Gwynn Stadium.

“Opening day it is what it is you couldn’t script it any better,” head coach Mark Martinez said. “We pitched really well, we played great defense, we got some really timely hitting.”

Boyer struck out eight batters and gave up only two hits, but the hard throwing right-hander was pulled after finding himself in a bases loaded jam with two outs in the top of the fourth inning.

Even with the short outing, Boyer said that getting the start on opening day was very meaningful.

“I think I worked really hard this fall and I thought I earned it, so it meant a lot,” he said.

Senior Jacob Erickson (1-0) came on in relief of Boyer and struck out junior outfielder Michael McAdoo to end the threat.

Erickson wore the No. 19 in honor of legendary Aztec head coach Tony Gwynn, and Martinez said that his senior coming in and getting a strikeout to end the inning was no coincidence.

“(Erickson) came in with the bases loaded and got us out of some big jams, so I think Tony was here tonight for sure,” Martinez said.