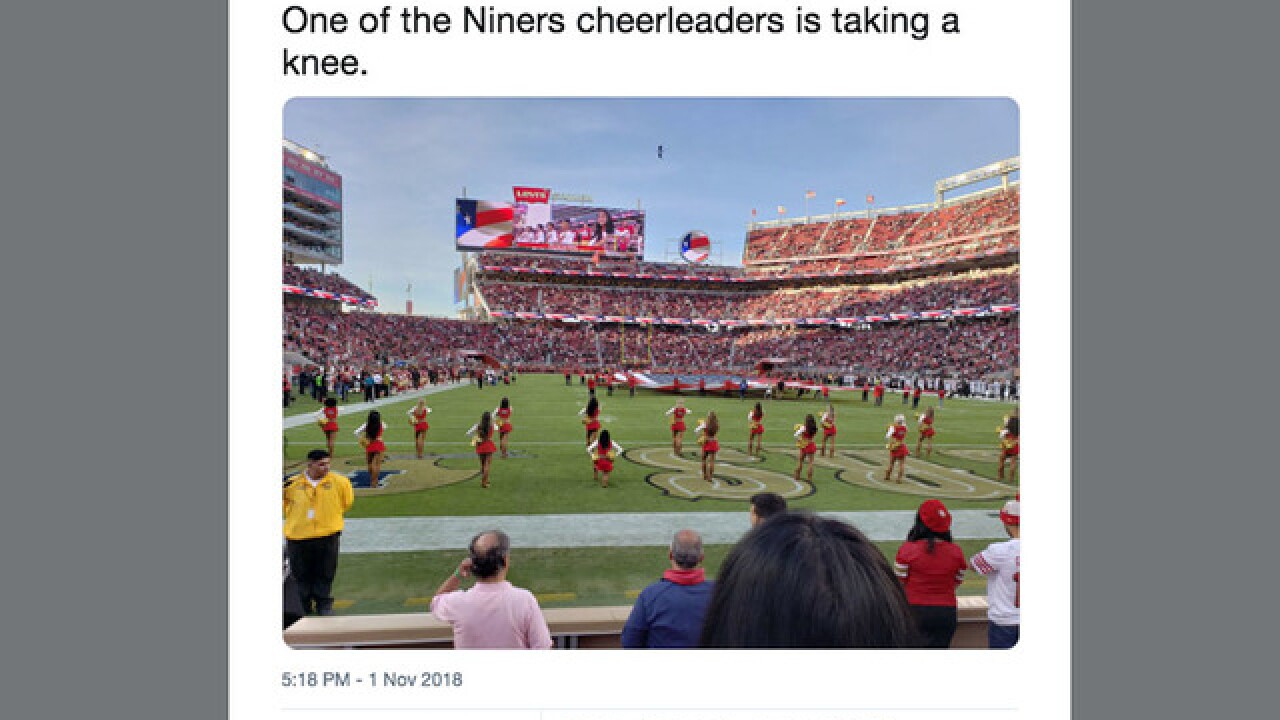 (KGTV) – A San Francisco 49ers cheerleader was spotted taking a knee during the playing of the National Anthem before an NFL game on Thursday night.

The unidentified cheerleader was photographed by several fans going to one knee as “The Star-Spangled Banner” prior to the 49ers’ matchup with the Oakland Raiders at Levi’s Stadium in Santa Clara.

The woman is believed to be the first cheerleader to take a knee during the anthem.

One of the Niners cheerleaders is taking a knee. pic.twitter.com/DW5SJqh9zj

The act of taking a knee during the National Anthem began in 2016 with now-former 49ers quarterback Colin Kaepernick. He explained that his decision to take a knee was to protest police brutality.

Other NFL players followed suit, sparking both backlash and praise across the nation.

President Trump also got involved in the controversy, blasting NFL players' decision to kneel and calling it a sign of disrespect for the flag and military veterans.