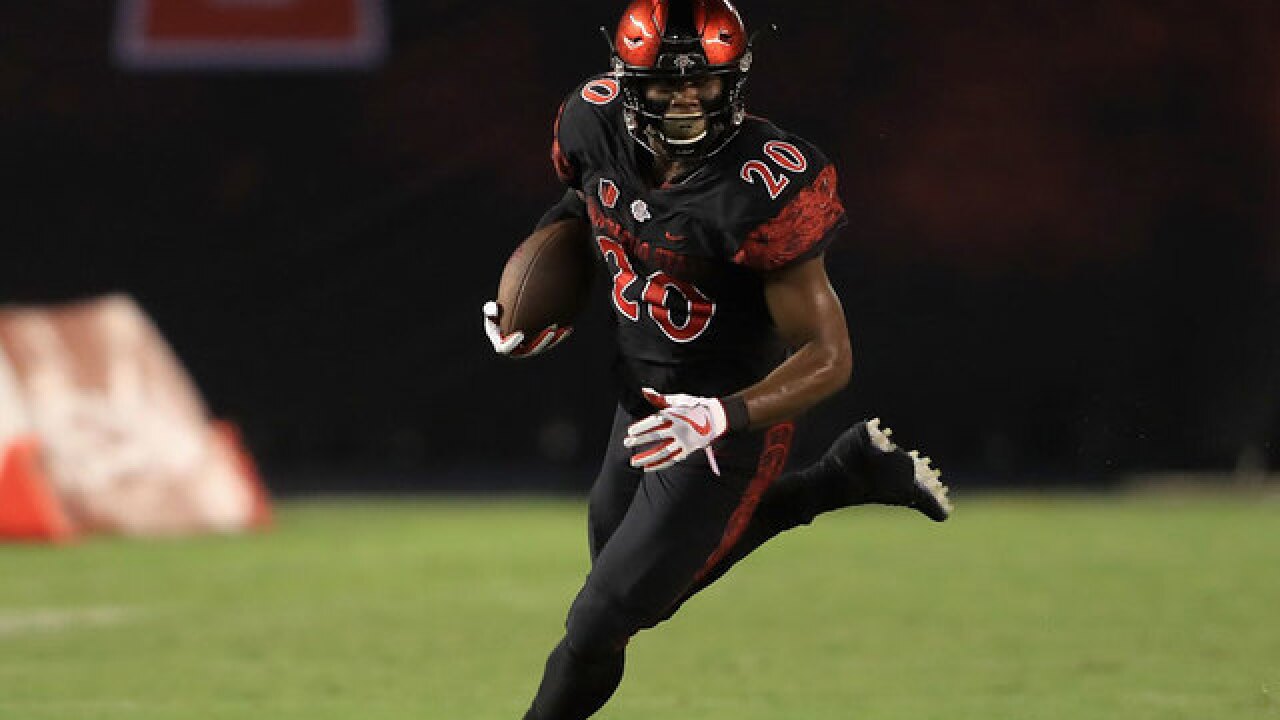 Copyright Getty Images
Sean M. Haffey
Rashaad Penny #20 of the San Diego State Aztecs runs with the ball during the second half of a game at Qualcomm Stadium on September 2, 2017 in San Diego, California.

(KGTV) - For the second straight year, a San Diego State Aztecs running back is a semifinalist for the prestigious Maxwell Award.

Aztecs senior running back Rashaad Penny was announced Monday as a semifinalist for the award, which is given to the nation's best player. Aztecs running back Donnel Pumphrey, on his way to a record-breaking season, was named a semifinalist in 2016.

After 2 months of thorough evaluation (and plenty of committee debate), here are our #MaxwellAward semifinalists .. pic.twitter.com/rjjCB9A1nx

Louisville QB Lamar Jackson, who won the award last season in addition to the Heisman Trophy, is also a semifinalist this year.