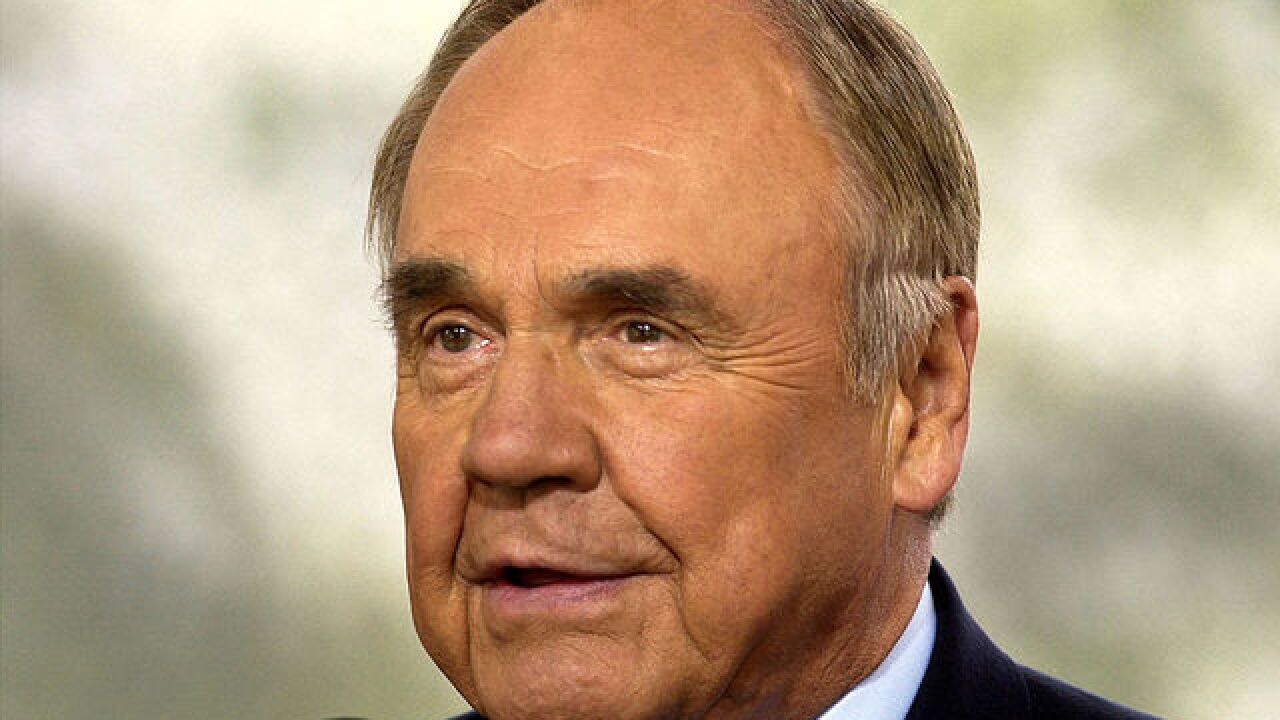 SAN DIEGO (KGTV) - Legendary broadcaster Dick Enberg, who passed away late last year, will be remembered at an event at Petco Park this weekend.

The San Diego Padres will hold "A Celebration of the Life of Dick Enberg" at their downtown ballpark on Saturday, March 10. The event "will celebrate Enberg's extraordinary life and legendary career with special guests on hand from throughout his lifetime."

The free-to-the-public memorial service will begin at 10 a.m., with gates opening for guests an hour before. Fans can enter the stadium through the Home Plate gate on Park Boulevard.

Free parking for fans will be available at the Tailgate Park on Imperial Avenue and the Padres Parkade on 10th Avenue and J Street.

Team officials said those who are unable to attend the service can watch it live on Fox Sports San Diego.

A public celebration of life for Dick Enberg will be held at @PetcoPark this Saturday at 10am. pic.twitter.com/63knh0OzHU

Enberg most recently served as the TV voice of the Padres but stepped down from the role at the end of the 2016 season.

From the Super Bowl to Wimbledon, Enberg was the familiar voice calling some of the biggest sporting events on the planet, saving his signature "Oh My!" call for critical moments.