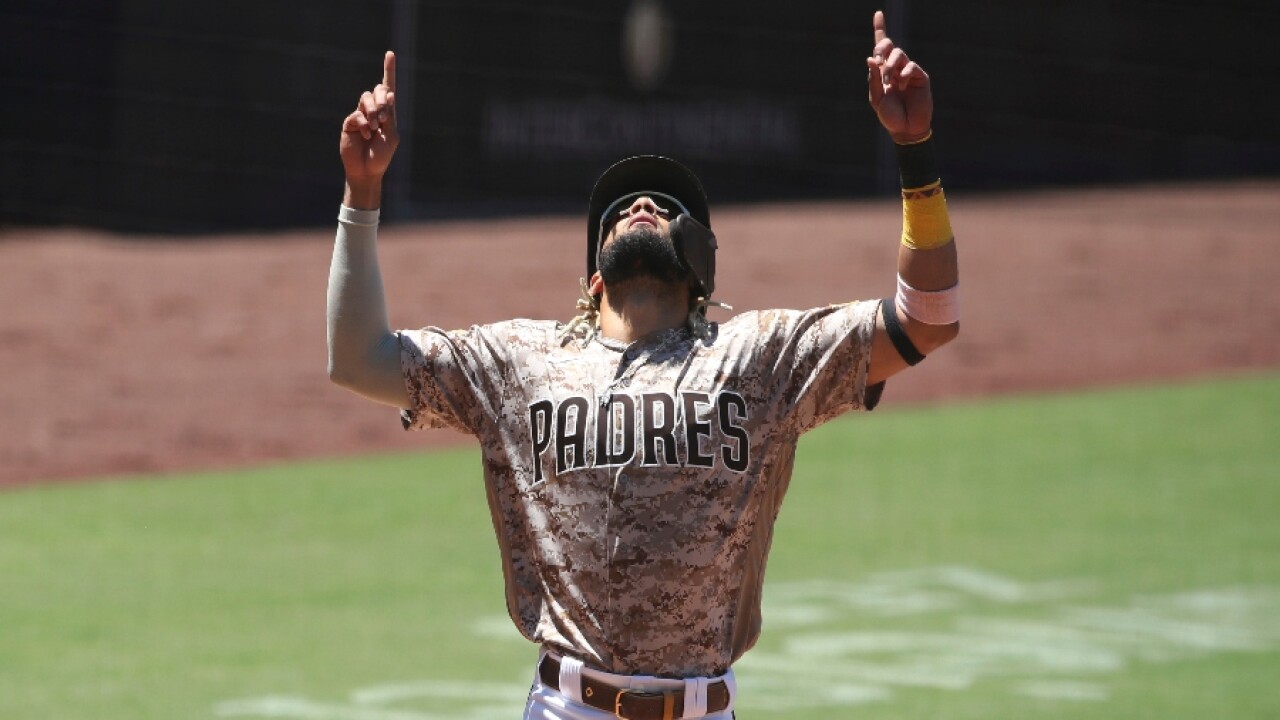 Derrick Tuskan/AP
San Diego Padres Fernando Tatis Jr. celebrates as he crosses home plate after hitting a home run against the Arizona Diamondbacks in the second inning of a baseball game Sunday, Aug. 9, 2020, in San Diego.

SAN DIEGO (KGTV) -- Fernando Tatis Jr.’s strong start to the 2020 MLB season has earned him an award for National League Player of the Week.

The San Diego Padres’ young shortstop garnered his first career NL POTW award, and he is the first Padre to earn the award since Manuel Margot in July 2017.

Tatis Jr. is the first Padres infielder to earn Player of the Week honors since Chase Headley in August 2011.

Tatis Jr. leads the Padres with eight home runs; his 8 HRs are tied with New York Yankees slugger Aaron Judge for most in the majors entering Aug. 10 play.

In addition to the POTW award, the 21-year-old is the subject of an in-depth ESPN profile titled "Bringing joy back to baseball."