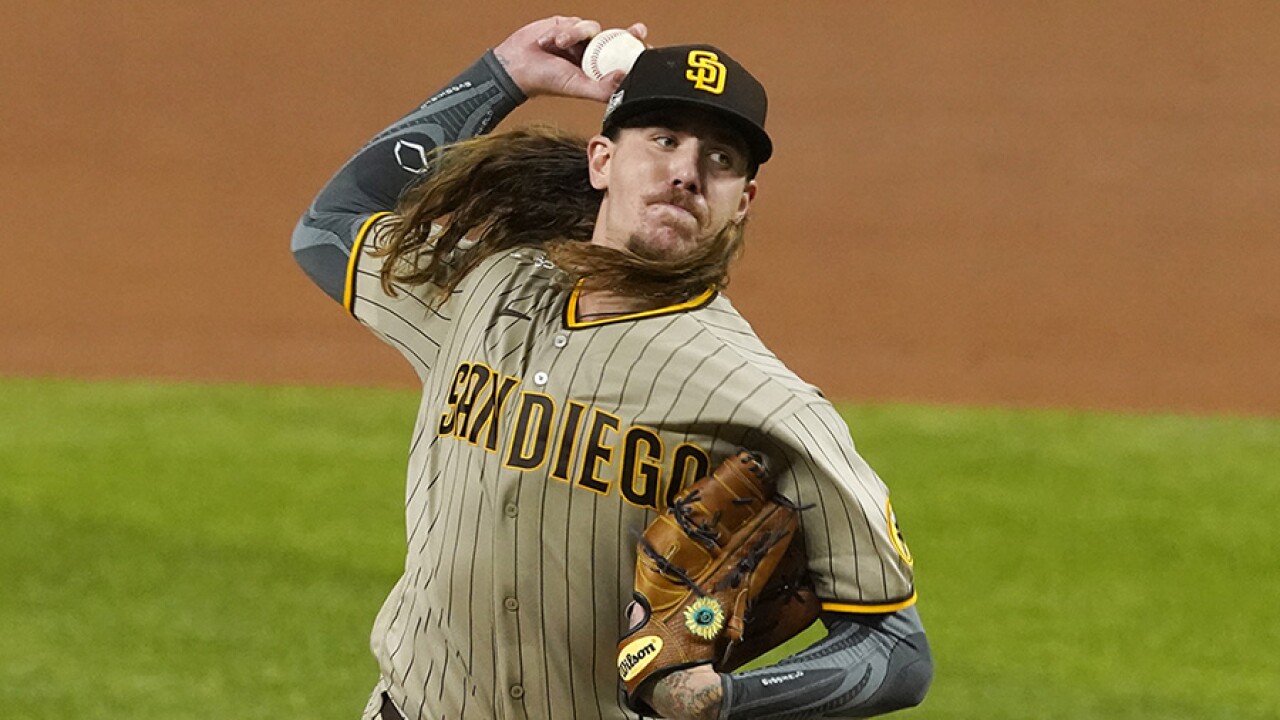 The Padres made the announcement after reaching an agreement with the right-hander on an $11.5 million, two-year contract.

Clevinger's surgery is set for Tuesday.

The Padres got Clevinger in a trade with Cleveland on Aug. 31. He left his last start of the regular season with what was later described as an elbow impingement.

He missed the wild-card series against St. Louis and then was removed in the second inning of the NL Division Series opener against the Los Angeles Dodgers after his velocity dipped dramatically.