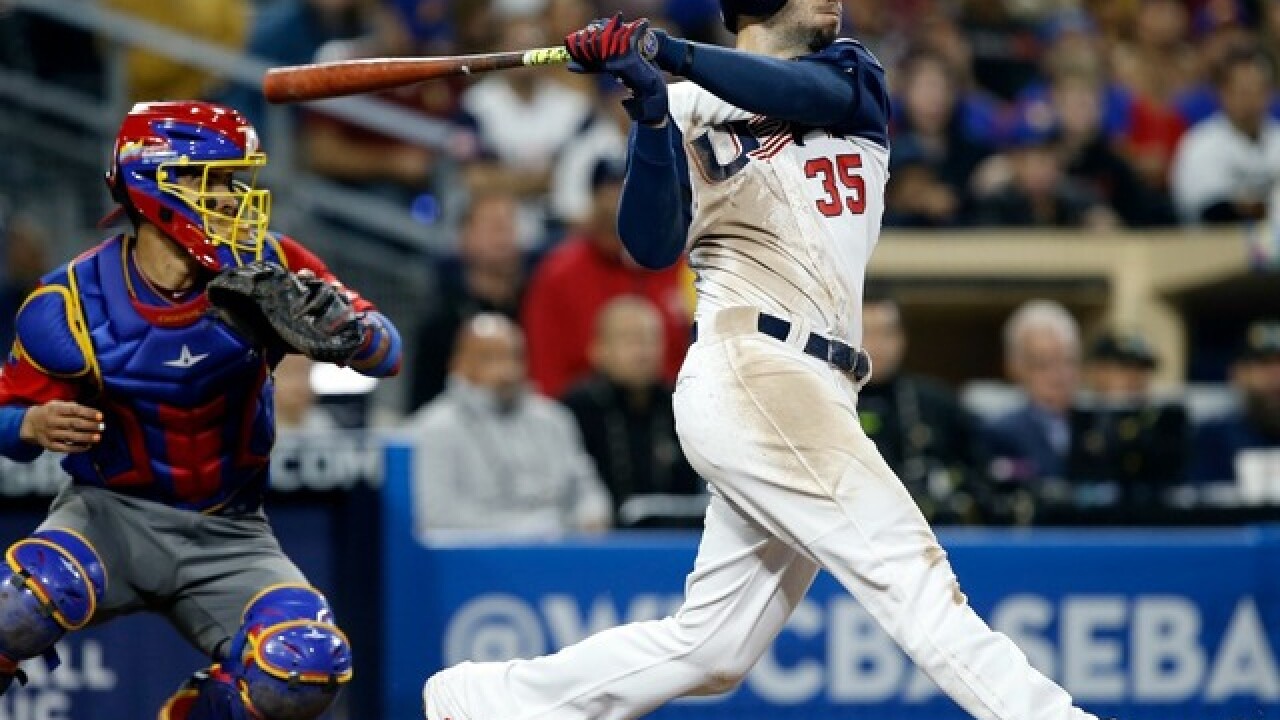 The team announced the signing Monday night after Hosmer passed his physical. The first baseman, who spent his first seven major league seasons with Kansas City before becoming a free agent this offseason, can opt out of the deal after five years.

The contract is the largest in Padres history.

Hosmer gets a $5 million signing bonus payable within 30 days of the contract being approved by the commissioner's office. His salary is $20 million each year from 2018-22 and would be $13 million annually from 2023-25 if he doesn't terminate the deal.

Hosmer is a four-time Gold Glove winner and 2016 All-Star.