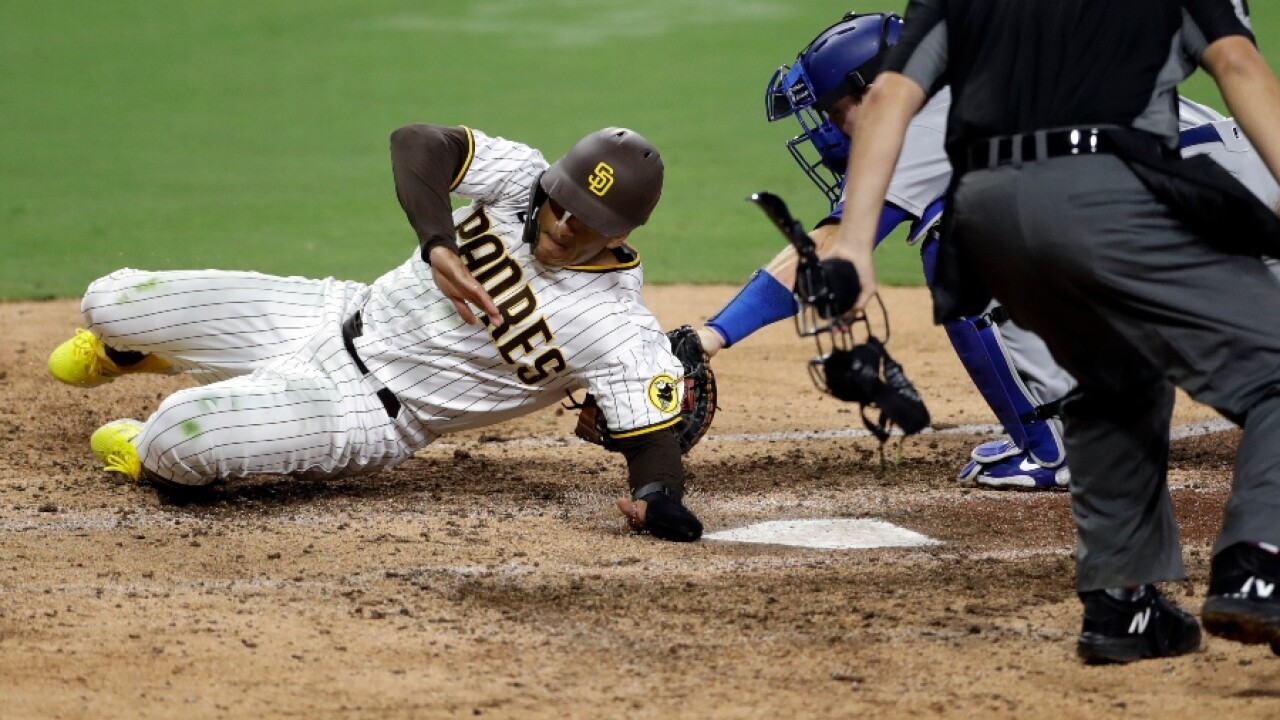 Pederson drove in five runs on the two homers for the seven-time defending division champion Dodgers, who won seven of nine on a three-city trip.

Pederson hit a two-run homer off Garrett Richards in the second inning and then welcomed rookie Luis Patiño to the big leagues with his monster three-run shot in the sixth.

Down 7-2 in the bottom of the sixth, Fernando Tatis Jr. blasted a deep two-run homer to trim the LA lead to 7-4.

In the eighth, San Diego added another run on Wil Myers’ fourth home run of the year.

The Padres picked up a run off Dodgers closer Kenley Jansen in the bottom of the ninth to close the gap to 7-6, and with runners at the corners and one out, Manny Machado had a chance to tie or win the game.

The third baseman hit a fly ball to left that was caught by Chris Taylor for the second out, and the left fielder’s throw to the plate was perfect to nail a tagging Trent Grisham for the final out of the game.