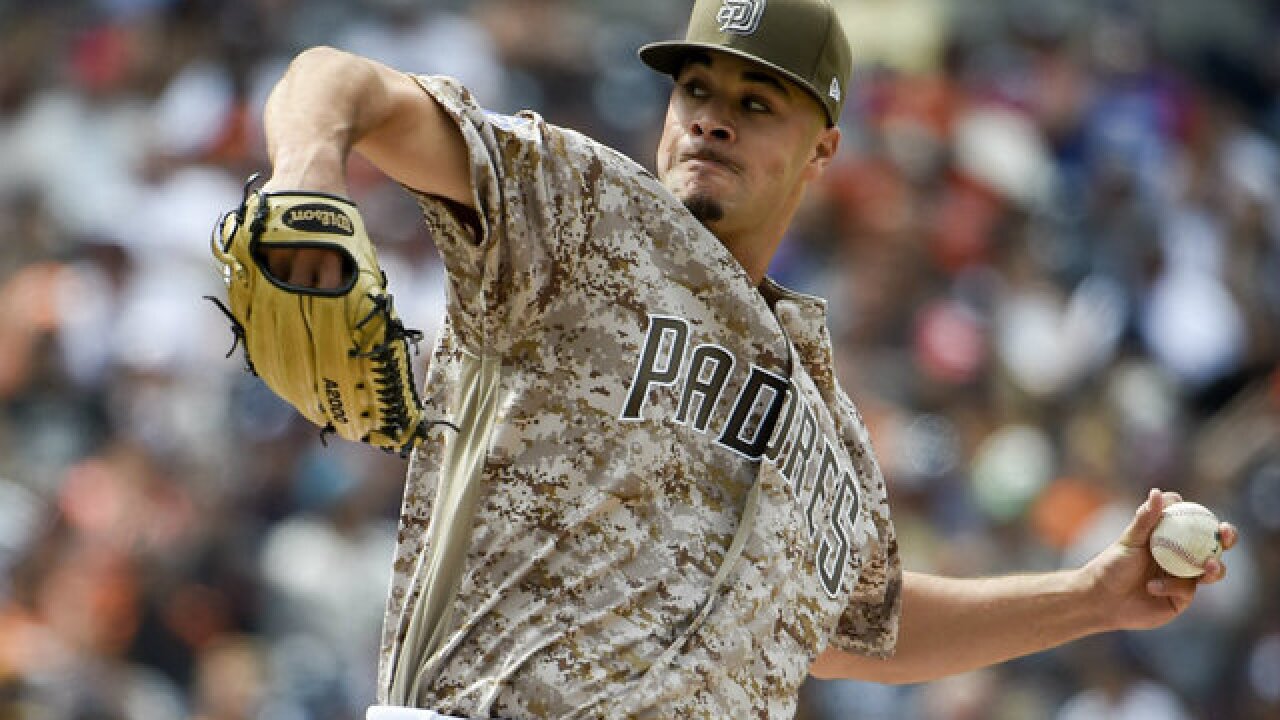 Copyright Getty Images
Denis Poroy
Joey Lucchesi #37 of the San Diego Padres pitches during the fifth inning of a baseball game against the San Francisco Giants at PETCO Park on April 15, 2018 in San Diego, California. All players are wearing #42 in honor of Jackie Robinson Day.

Jose Pirela was a home run short of the cycle and had three RBIs for the Padres, who have won five of seven. The Giants have lost four of five.

Lucchesi (2-0) was sharp in outpitching Tyler Beede (0-1) in a matchup of 24-year-old rookies. Lucchesi walked none and his nine strikeouts were his most in four big league starts. The lefty allowed one run and five hits.

Lucchesi became the first pitcher from the 2016 draft class to reach the majors after Dinelson Lamet hurt his right elbow in his final spring training start for the Padres. Lucchesi got a no-decision in his big league debut March 30 against Milwaukee and again in a home start versus the Rockies on April 5 before earning his first win at Colorado on Tuesday.

Lamet will have reconstructive elbow surgery this week.

Villanueva hit a two-run double in the third and homered off Josh Osich leading off the fifth, his fifth. Villanueva also homered in a 5-4 victory Saturday night.

The Padres chased Beede in their three-run fourth. Cory Spangenberg and Pirela hit RBI doubles, and Freddy Galvis had an RBI single.