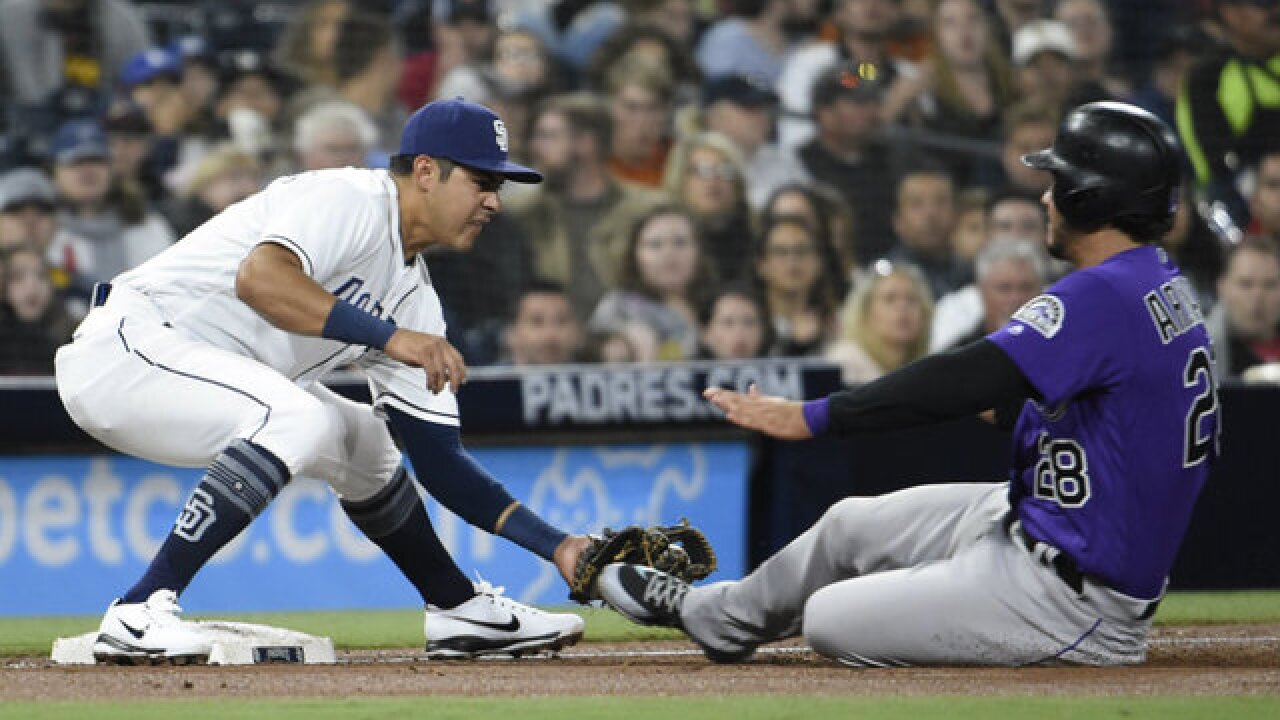 Copyright Getty Images
Denis Poroy
Nolan Arenado #28 of the Colorado Rockies is tagged out by Christian Villanueva #22 of the San Diego Padres as he slides into third base during the second inning of a baseball game at PETCO Park on April 4, 2018 in San Diego, California.

Gray (1-1) shut down the Padres a night after they won 8-4 behind rookie Christian Villanueva's three home runs and five RBIs. Gray retired Villanueva in three straight at-bats, including a strikeout. The right-hander struck out seven and walked none before three relievers finished a six-hitter.

Cory Spangenberg had two of the Padres' four hits off Gray.

Jake McGee allowed a hit and two San Diego runs in the eighth, one of them unearned due to his error. Bryan Shaw gave up an RBI single to Hunter Renfroe, but Wade Davis closed in the ninth for his third save.

The Rockies hit Clayton Richard (0-1) hard in scoring all their runs in the first two innings. Story's broken-bat, two-run double that bounced over the left-field wall highlighted the three-run first, when the Rockies also got an RBI double from Nolan Arenado.

Desmond's two-run single with the bases loaded highlighted the second. Arenado was thrown out by Matt Szczur trying to go from first to third on the play.