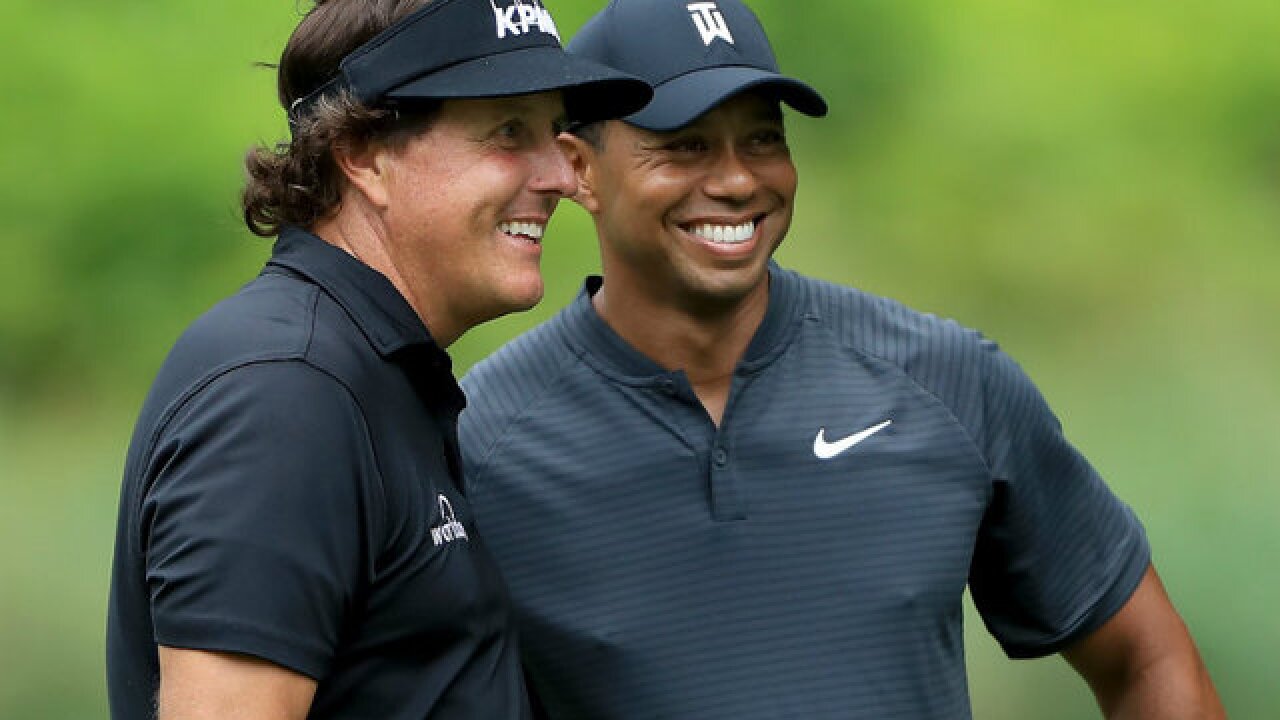 According to the ESPN report, Tiger Woods and San Diego-native Phil Mickelson will duel at the Shadow Creek Golf Course in Sin City with millions of dollars at stake in a “winner takes all” match.

Previous media reports regarding the matchup have stated that a purse of up to $10 million would be on the line.

The 48-year-old Mickelson has won five of golf’s major championships. His last major win was the 2013 British Open.

Mickelson and Woods are expected to take part in some capacity at the Ryder Cup in September.