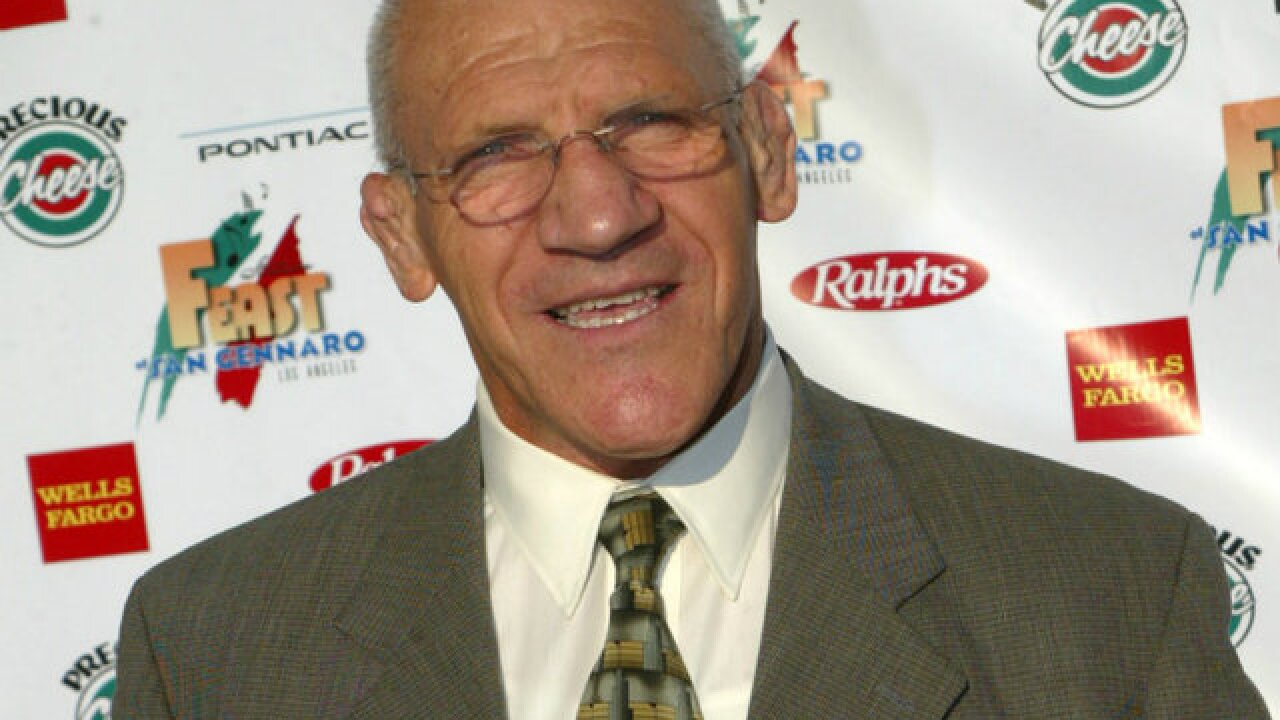 PITTSBURGH (AP) - Bruno Sammartino, professional wrestling's "Living Legend" and one of its longest-reigning champions, has died. Sammartino was 82.

Sammartino was wrestling's biggest box office draw in the 1960s and 1970s and held the World Wide Wrestling Federation championship for more than 11 years (4,040 days) over two title runs.

He was born in Italy and his family immigrated when he was a child to Pittsburgh, where he learned how to become a pro wrestler.

Pittsburgh Mayor William Peduto says Sammartino was one of the city's greatest ambassadors.

The promotion now known as WWE said Sammartino sold out Madison Square Garden, known as the mecca of professional wrestling, 187 times over his career.

Sammartino and WWE had a bitter falling out in the late 1980s that lasted until the company's greatest star accepted his induction into the Hall of Fame in 2013. He was inducted by Arnold Schwarzenegger.

Sammartino defeated Buddy Rogers in just 48 seconds to become the second-ever WWE Champion in front of nearly 20,000 fans on May 17, 1963 at the old Madison Square Garden. He held the title until 1971. His second reign began in 1973 and it lasted until he was pinned by "Superstar" Billy Graham in 1977. Sammartino became a broadcaster for the company in the 1980s and later became outspoken about the company's evolving philosophy that put the emphasis on entertainment.