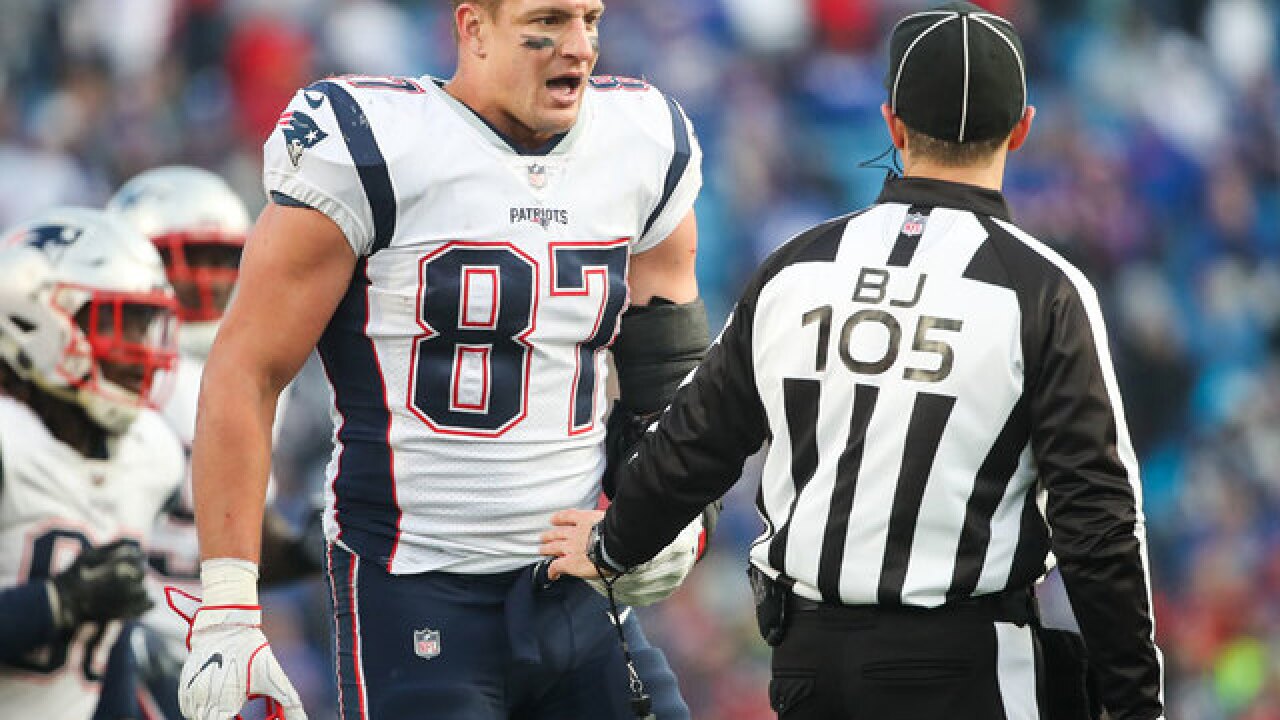 (KGTV) - New England Patriots tight end Rob Gronkowski was suspended one game by the NFL for a late hit on Bills defensive back Tre'Davious White during Sunday's game in Buffalo.

White was defending Gronkowski on a pass play and when he intercepted a pass from Tom Brady along the Bills sideline. After White came down the ball, he turned and was lying face-down on the turf when Gronkowski landed on him, hitting White in the back and head with a forearm.

Gronkowski was flagged for unnecessary roughness and White suffered a concussion after the hit.

From the #Aftermath : #Patriots TE Rob Gronkowski was suspended 1 game for his egregious hit against #Bills CB Tre'Davious White. pic.twitter.com/XM1UJtQtuA

Rob Gronkowski has been suspended for 1 game for violation of unnecessary roughness rules pic.twitter.com/ySlimskMdh

Gronkowski apologized for the hit, but many Bills players felt he went too far and referred to the incident as "dirty. "

According to NFL Network's Ian Rapoport, Gronkowski will appeal the suspension.

The Patriots' next game is a Dec. 11 road game (Monday Night Football) at Miami.