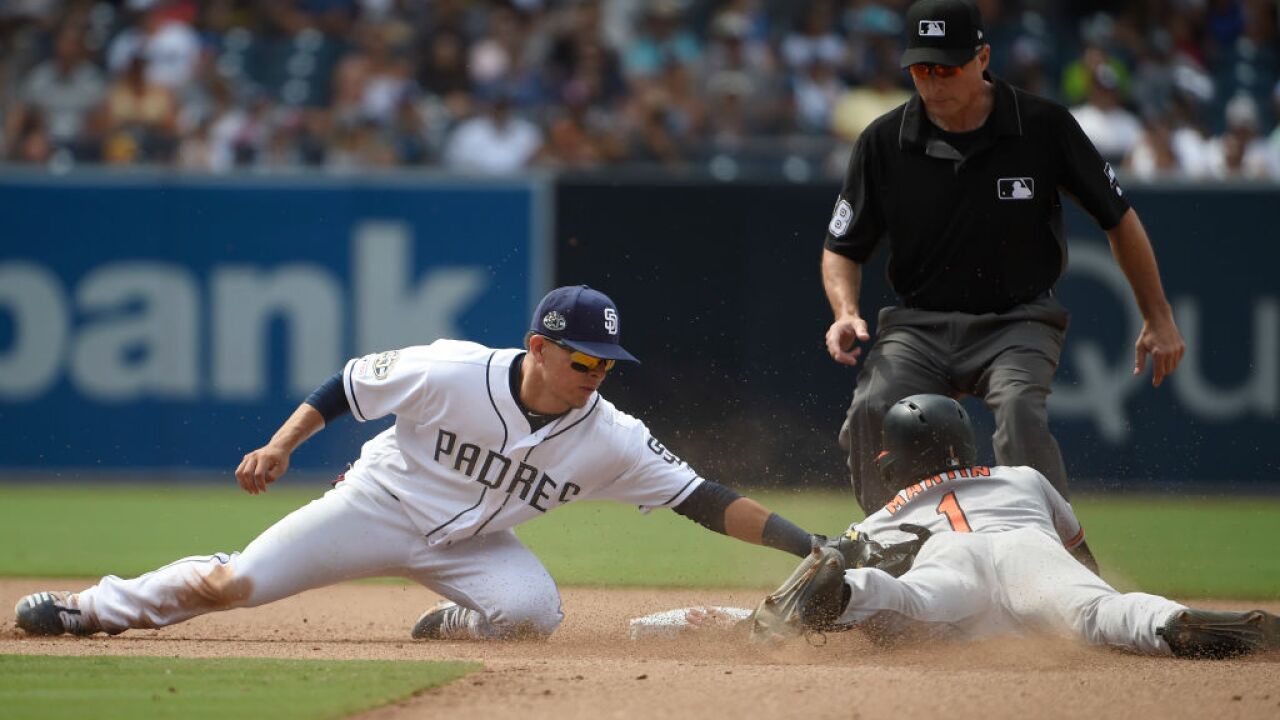 SAN DIEGO (AP) — Chris Davis hit a go-ahead home run in the eighth inning to snap an 0-for-18 slump, and the Baltimore Orioles rallied from a four-run deficit to beat the San Diego Padres 8-5 on Tuesday.

Davis connected off Matt Strahm (4-8) with one out in the eighth for just his eighth home run this season. Davis is hitting .181 and struck out 14 times during the slide, including three Tuesday that raised his season total to 105 in 232 at-bats.

Baltimore added on with a two-run single by Trey Mancini off Michel Báez, saddling Strahm with five runs in 1 2/3 innings. Strahm allowed five hits while striking out four and walking one.

Miguel Castro (1-1) pitched the seventh for the win, and Shawn Armstrong got six outs for his third save.

Baltimore split this two-game series and avoided a four-game season sweep. San Diego lost for the 12th time in 17 games since the All-Star break.

Tatis homered on the fourth pitch from rookie Tom Eshelman, who grew up in northern San Diego County, and Manny Machado connected four pitches later against one of his former teams. It was the 19th for Tatis and 26th for Machado, who was traded from Baltimore to the Los Angeles Dodgers last July.

Atlanta's Ronald Acuña Jr. was 20 years, 239 days when he homered leading off both games of a doubleheader against Miami last Aug. 13. Acuña also homered leadinmg off the following day and went on to win NL Rookie of the Year.

Tatis joined Shin-Soo Choo, Miguel Rojas and Acuna as the only players with leadoff homers in back-to-back games this season.

Tatis and Franmil Reyes homered on David Hess' first two pitches on Monday night, when the Padres scored all their runs on five homers in an 8-1 victory.

The Padres' 16 homers vs. Orioles this year set a big league record for a season series of four or fewer games.

Wil Myers added an RBI double in the first. Francisco Mejía had a run-scoring grounder in the third and an RBI infield single in the fifth as the Padres took leads of 4-0 and 5-3.

Machado went 8 for 17 with two homers and three RBIs against the Orioles this season.

Eshelman left trailing 4-3 after four innings but got off the hook for the loss at the Orioles tied it at 5 in the seventh.

Baltimore began its comeback in the fourth with three runs on three hits and two walks off Dinelson Lamet. Jace Peterson hit an RBI single and Richie Martin had a two-run, bases-loaded single with two outs.

San Diego took a 5-3 lead on an unearned run in the fifth on Mejía's RBI infield single, but the Orioles tied it two innings later when Strahm gave up three hits, including Renato Núñez's two-run single.