Reyes hits 2 of Padres' 5 HRs in wallop of Orioles 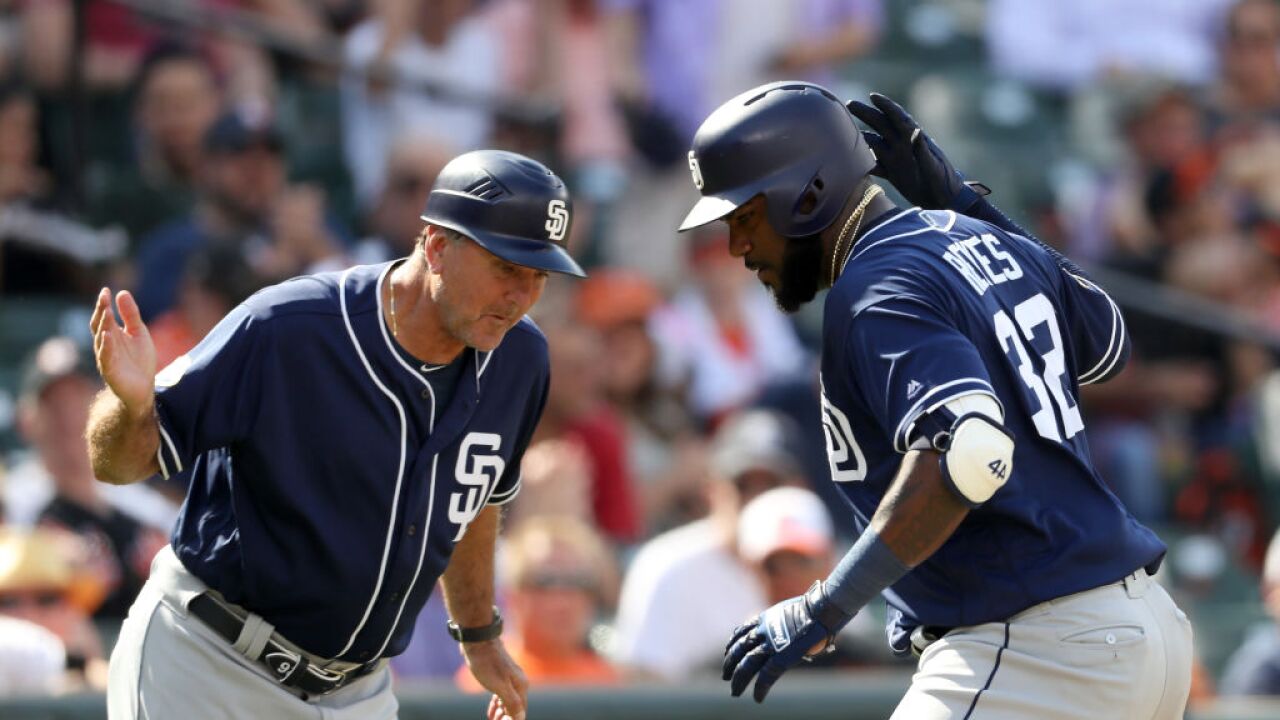 It marked the 10th time this season that Baltimore yielded at least five home runs. Bundy gave up two of them and now has allowed 19 homers in 16 starts.

Jonathan Villar and Pedro Severino homered for the Orioles, who have lost 13 of 14. Baltimore owns the worst record in the majors (22-58) and the worst at home (9-30).

Wrapping up his brief return to Camden Yards, Padres third baseman Manny Machado went 1 for 4 with a walk to extend his hitting streak to 13 games. But his career-best run of eight straight games with an RBI ended.

Machado spent the first seven years of his big league career with the Orioles, who traded him last July in a cost-cutting move. He signed a $300 million, 10-year contract with San Diego in February.

San Diego starter Matt Strahm (3-6) pitched six innings, allowing four runs and five hits with nine strikeouts and no walks. The lefty was 0-3 with a 9.64 ERA in his previous four starts.

Craig Stammen got the last four outs for his fourth save.

Baltimore has been swept in eight series this season.