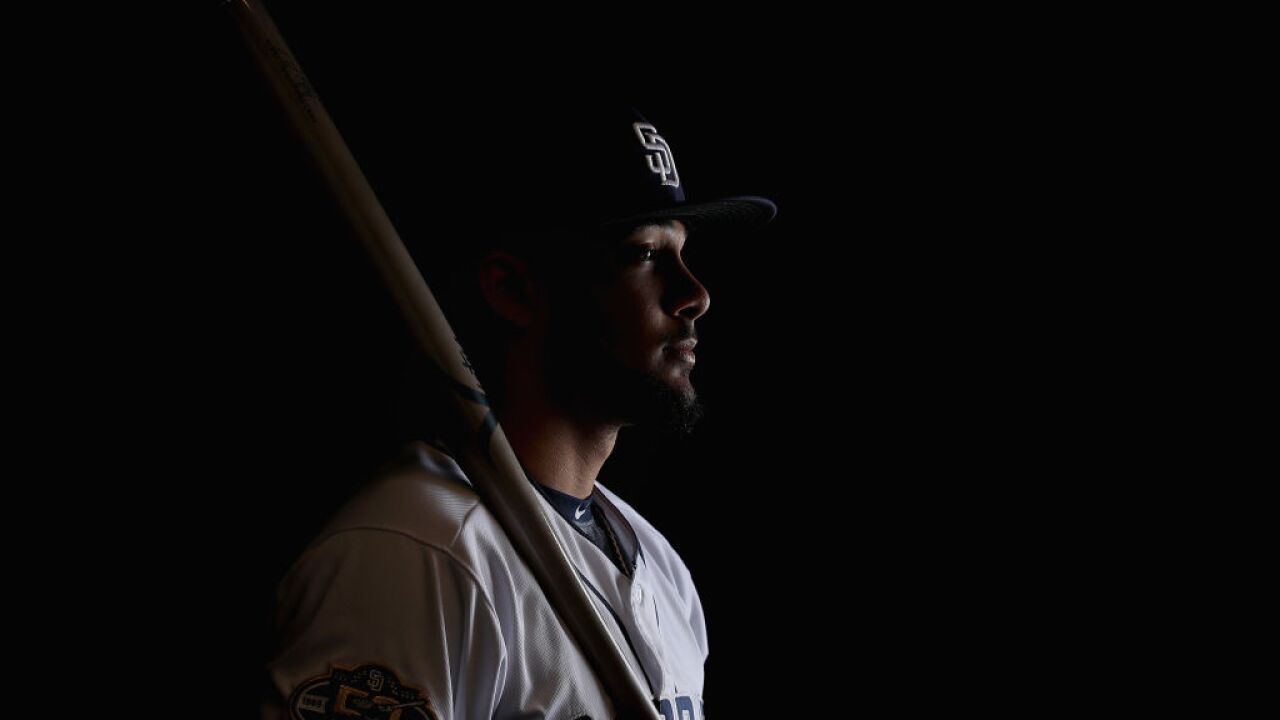 Manager Andy Green made the announcement before the game against the Atlanta Braves. The 20-year-old shortstop injured his left hamstring Sunday at Washington after doing an awkward-looking split while trying to stretch for a throw at second base.

An MRI revealed a strain but no structural damage. Green said the team will take no chances in making sure the prized rookie is fully recovered before he returns to the lineup.

"He's going to be out a number of weeks," Green said. "Exactly how many weeks depends on how he responds to it."

The highly touted Tatis has been a key player in San Diego's strong start, hitting .300 with six homers and 13 RBIs. He was already feeling better Tuesday than he did the previous day, according to his manager, but he won't return to the lineup until the Padres are sure his hamstring is fully healed.

"For the organization, he means a lot to us. He means a lot to our future," Green said. "We're not going to be cautious just to be cautious. We're going to make sure he ready to take every step he's taking. Hopefully he'll be back relatively quickly. But this provides some opportunities for other guys on the baseball field."

Manny Machado will move from third base to shortstop while Tatis is out, allowing Ty France to take over at third. The Padres called up right-handed pitcher Phil Maton from Triple-A El Paso to fill Tatis' spot on the roster, providing some needed depth in the bullpen for the short term.

"We'll look at this alignment for the foreseeable future," Green said. "We're going to have Manny at shortstop on a very consistent basis. He's going to lock that spot down for us."

Machado was San Diego's big acquisition of the offseason, signing a $300-million, 10-year contract to bolster a team that hasn't had a winning record since 2010.

"What a weapon to have as a manager, to have that good of a third baseman who's also that good of a shortstop," Green said. "His selflessness and willingness to bounce around for us, to slide over to shortstop and fill that void for us, is a great thing to have."

The 24-year-old France was making his first career start. A 34th-round draft pick in 2015, the Padres are eager to see what he can do after working his way through the minor league system with strong play at every level.

France was called up from El Paso last week after hitting .423 with nine homers and 28 RBIs in 19 games for the Triple-A team.

"I let him know, 'Hey, here's your chance to go play third base and go play consistently," Green said. "He doesn't have to look over his shoulder. No matter what happens today, he going to be in the lineup tomorrow at third base. He's going to get consistent reps here for the time being. This is a real opportunity to look at Ty. He's done some really nice things in the minor leagues for us."