Padres muster only one hit in 7-0 loss to Giants 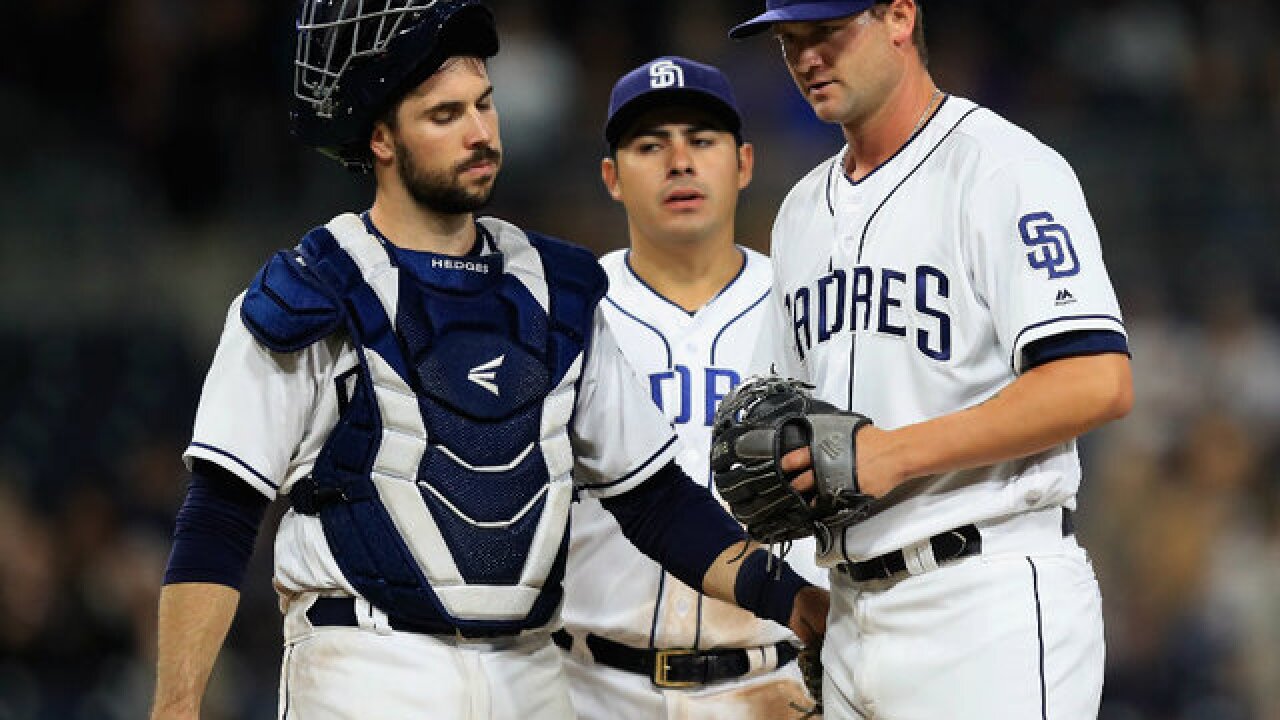 Copyright Getty Images
Sean M. Haffey
Austin Hedges #18 and Christian Villanueva #22 console Colten Brewer before he was relieved during the sixth inning of a game against the San Francisco Giants at PETCO Park on April 12, 2018 in San Diego, California.

Stratton (1-1) kept the Padres mostly off the bases through seven innings. He allowed their only hit, a one-out single in the third by pitcher Clayton Richard, who was pinch-hitting for starter Bryan Mitchell. Richard was doubled off after Franchy Cordero lined out to shortstop.

Stratton struck out four, walked three and retired his final eight batters. The only time a runner got into scoring position against him was when he walked Freddy Galvis and Carlos Asuaje with one out in the fifth.

It was the Giants' third shutout. The Padres have been blanked twice.

The Giants, who lost all three series at Petco Park last season, chased Mitchell (0-2) after three innings. Mitchell was wild again, walking five to give him 14 in three starts. He allowed three runs and four hits while striking out two.

Mitchell loaded the bases with one out in the first on two walks and a single before Evan Longoria brought in the first run with a fielder's choice. Mitchell walked Brandon Crawford to load the bases again before Pence lined a single to right to bring in two more runs.