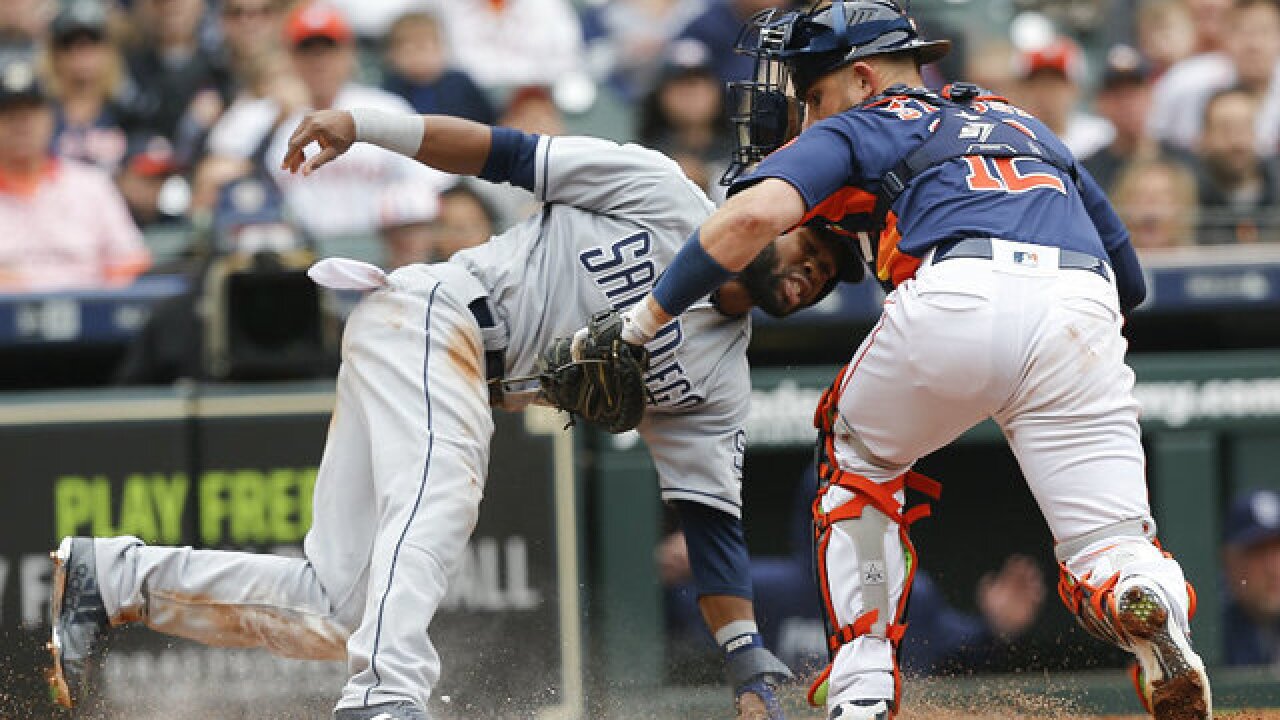 Copyright Getty Images
Bob Levey
Manuel Margot #7 of the San Diego Padres is tagged out by Max Stassi #12 of the Houston Astros in the fifth inning at Minute Maid Park on April 8, 2018 in Houston, Texas.

Stassi's first home run of the year bounced off the facade behind left field, scoring Josh Reddick and Marwin Gonzalez, who led off the fifth inning with singles.

Reddick later added a solo home run, also off of Padres starter Tyson Ross (1-1), to push Houston's lead back to three runs after San Diego scored in the sixth.

Morton (2-0) allowed four hits and three walks for one unearned run while striking out seven in six innings. It was a nearly identical performance to his season debut, when he allowed three hits, two walks and no runs while striking out six in a 6-1 win over Baltimore. The right-hander got the final 12 outs in Game 7 of the World Series against the Dodgers to help secure Houston's first championship.

The Astros entered Sunday with just 10 hits in the first two games against San Diego, all singles.

Houston found a way to warm up the bats in what was the coldest first pitch in a regular-season game in Minute Maid Park history. The 52-degree temperature over the opened roof topped the previous coldest first pitch of 57 degrees, on April 8, 2007.

Brad Peacock pitched a scoreless ninth to pick up his first save of the season. Houston's bullpen allowed just one base runner after Morton left the game after the sixth. Will Harris allowed a walk in the seventh inning, and Joe Smith and Peacock retired all three batters they faced.