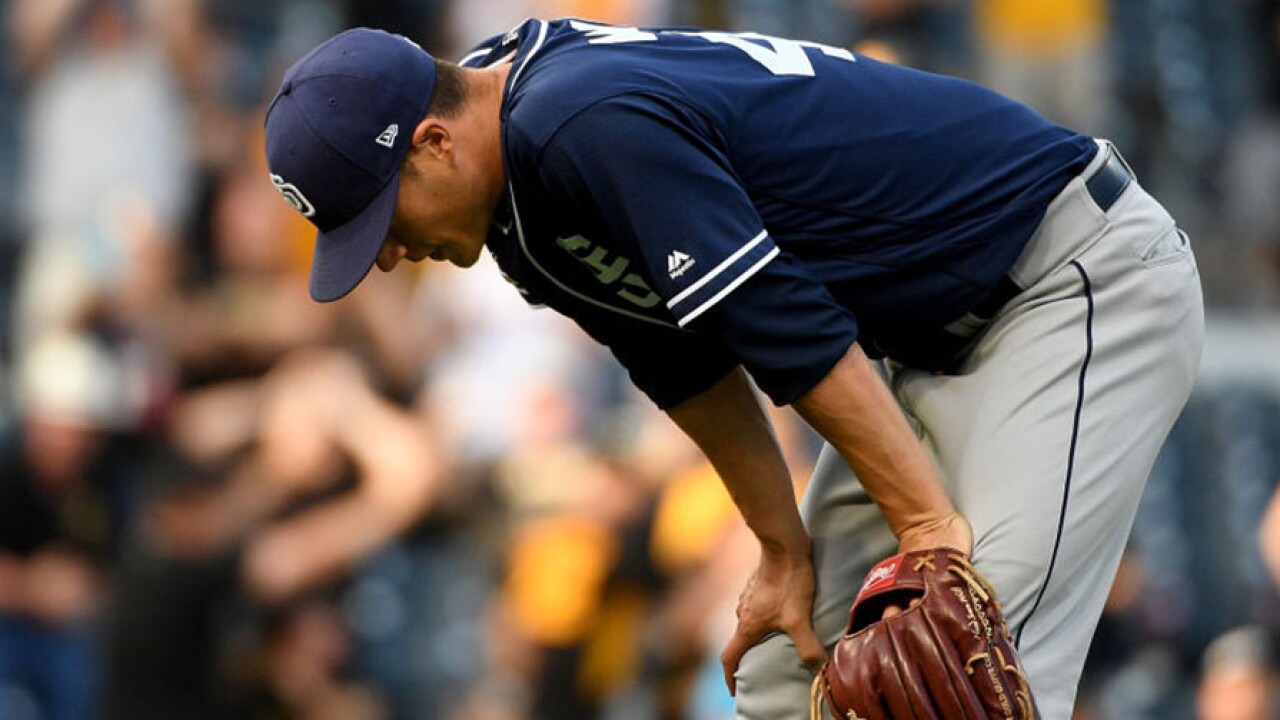 PITTSBURGH (AP) - Kevin Newman walked with the bases loaded in the 11th inning to cap a four-run rally as the Pittsburgh Pirates beat the San Diego Padres 11-10 on Sunday.

The Pirates rallied from three-run deficits in the ninth and 11th innings to earn the series weep and improve their winning streak to five.

Jacob Stallings hit a pitch-hit, two-run single to tie the game at 10. The Pirates then loaded the bases before Newman's sharp eye ended the four-plus hour affair. Francisco Liriano (2-1) earned the win, while Matt Wisler, who entered the game with one out in the 11th, took the loss.

After San Diego led 7-4 following an eighth-inning two-run single from Manny Machado, closer Kirby Yates -- who was previously 26 for 26 in save situations -- allowed three runs on three hits and a walk.

With runners on second and third, Newman started the comeback with an RBI single off Yates that scored Diaz. Bryan Reynolds drove in Adam Frazier, and Melky Cabrera scored Newman on a dribbling ground-out to the pitcher two batters later to force the extras.

Fernando Tatis Jr. drove in a pair of RBIs and scored three runs. He tied the game in the sixth inning with an RBI single off Clay Holmes, and later scored on a two-out RBI single to right from Eric Hosmer as the Padres pulled ahead 5-4.

Tatis Jr. went 3 for 4 with two walks, but it was the rookie's legs that put the Padres on the board first. After reaching third, Tatis Jr. tagged up on Hunter Renfroe's pop-fly at the edge of the outfield grass near second base and snuck his left arm just past Elias Diaz's outstretched glove to swipe home plate. He was initially ruled out, but the play was overturned after an official review.