Over 80 Years of Lawn Bowling at Balboa Park 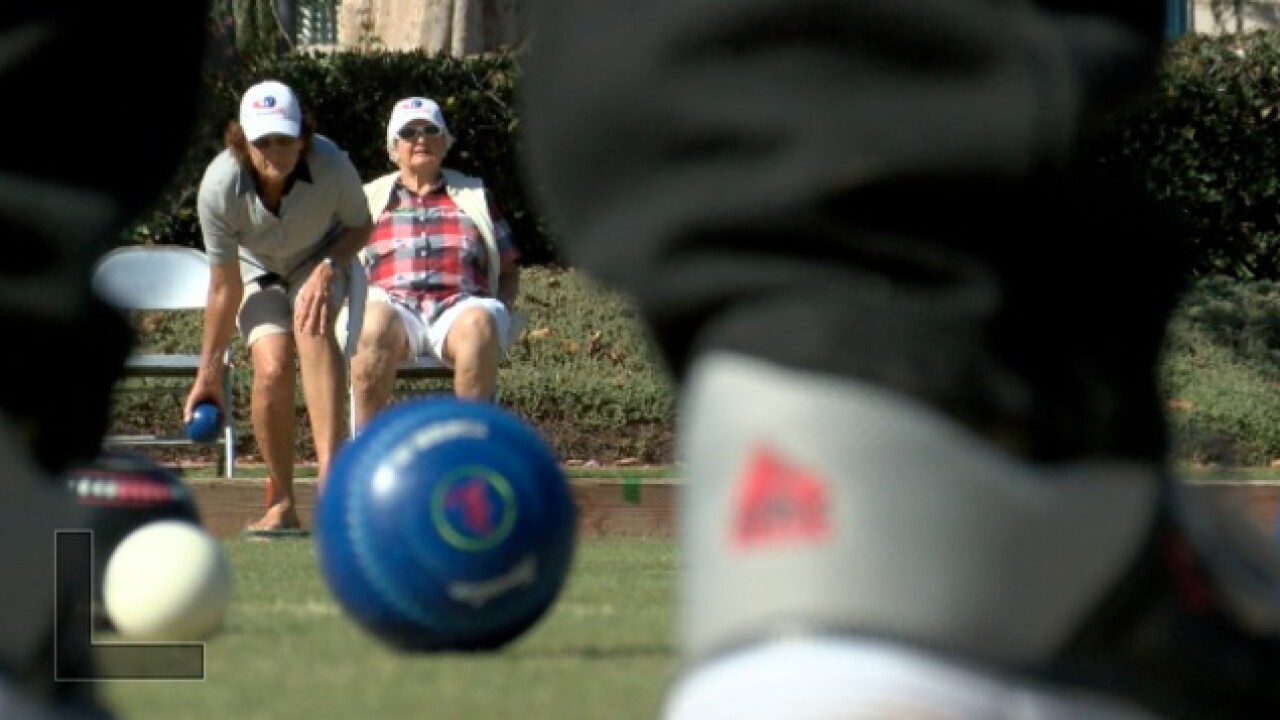 The well manicured grass on the west side of Balboa Park has been home to the San Diego Lawn Bowling club for over 80 years. The club was established in 1932, and has produced a number of champions.

It's a sport for all ages, although one bowler jokingly says it gets the reputation as a game for retirees.

So how do you play the game? We'll it's quite easy. Players alternate rolling their bowls toward a small white ball which is called the "jack". After all the bowls have been rolled, a team scores one point for each of it's bowls that ends up closer to the jack than an opponents bowl. The scoring is very similar to how it's done in curling.

The members tell me, that while the sport is a lot of fun, and it's a chance to get some exercise, they also are very competitive. After all, it is fun to win!