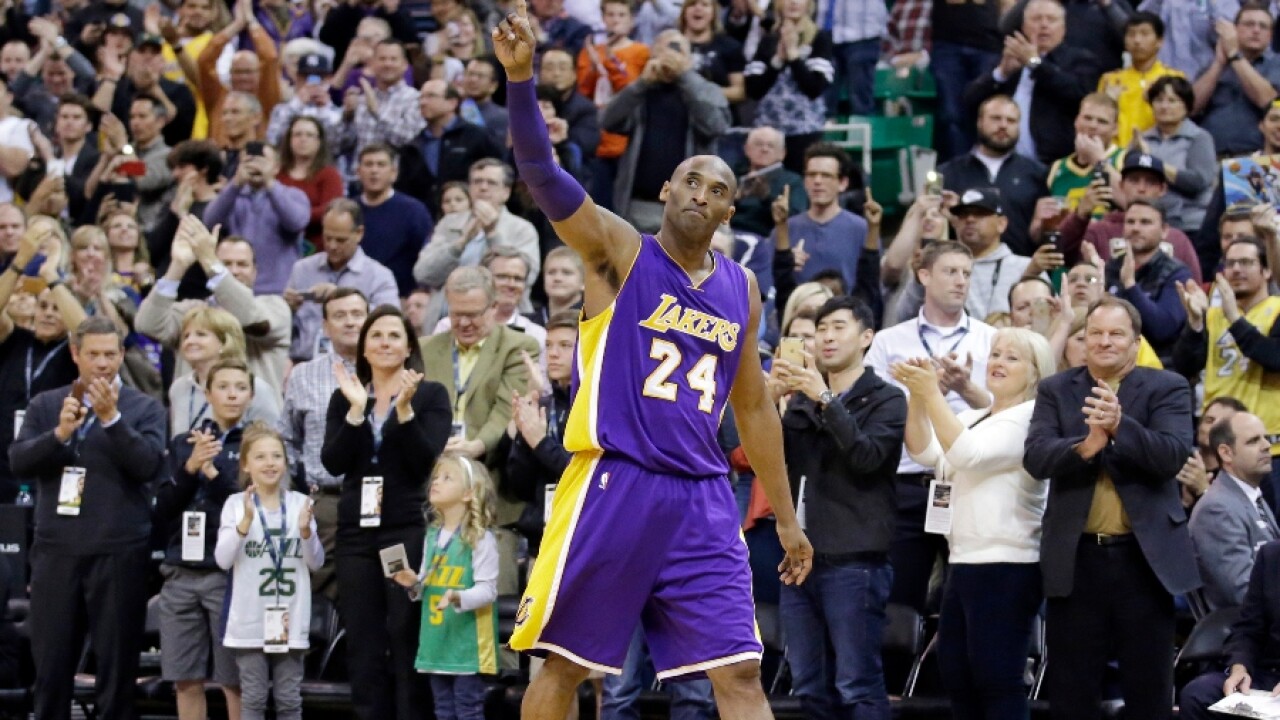 Bryant was born on Aug. 23 and wore the number 24 in his playing days, said Orange County Board Chairwoman Michelle Steel, explaining why she settled on Aug. 24 as the date to honor the former Lakers great who died Jan. 26 in a helicopter crash that also killed his daughter and seven others.

Bryant also wore the number 8 during his first several seasons in the NBA.

Steel said Bryant, who lived in Newport Beach, was a "treasured member of our community," who "inspired so many men and women to pursue their dreams and never give up."

Supervisor Don Wagner, in an apparent reference to Bryant's 2003 sexual assault civil case in Colorado, which Bryant ultimately settled, said the former NBA star had his ups and downs in his lifetime.

"Kobe Bryant's life, like each one of us who ever lived, presents moments to celebrate and to condemn," Wagner said. "Kobe, like all of us, faced challenges, challenges of his own making and challenges thrown at him by life, that he overcome. Today, we celebrate the effort in overcoming those challenges."

Wagner added, that, "if the bad in any life were to forever disqualify" then no one would be able to celebrate "the good."

"So we strike a balance, and on balance here the good recognized in the resolution brought here is worth celebrating," Wagner said.