One year ago, the Chargers left San Diego 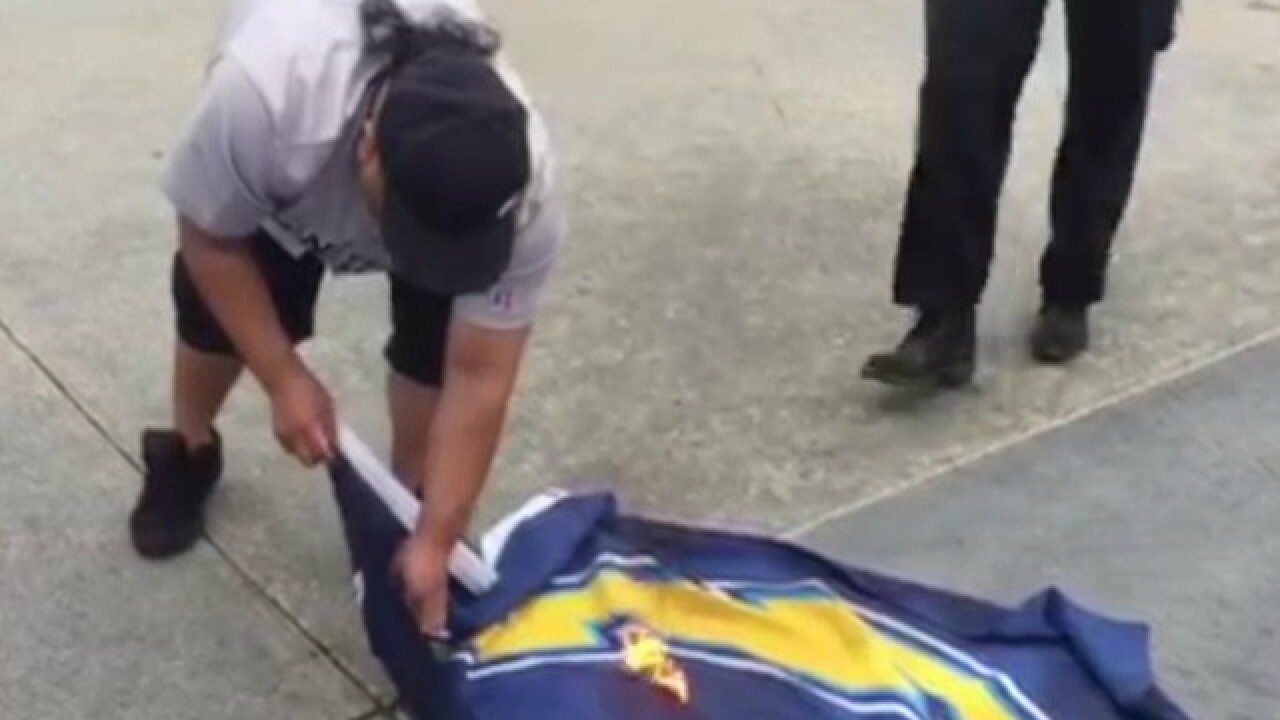 On this day, one year ago, Chargers owner Dean Spanos broke the hearts of the San Diego community when he announced the team would move to Los Angeles to "Fight for LA."

A letter from Dean Spanos pic.twitter.com/rTNIvrsN1A

With the relocation announcement came a new logo and the motto "Fight for LA":

The team's new rallying cry and logo was savaged on social media:

Angry fans gathered at the team's headquarters Murphy Canyon and lit jerseys and memorabilia on fire to show their displeasure:

Even rapper Ice Cube had a few thoughts on the second team to arrive in his hometown. In a video message, he said: "San Diego, please stop sending us your trash. You sent us the Clippers, now we got the Chargers." A day later, Spanos defended his decision to relocate to Los Angeles, where they would eventually share a stadium with the Los Angeles Rams. He said: "Well it was an emotional decision, for sure. I've been in San Diego for over half my life, but at some point, you have to make a decision and move on. So, I exercised the option to come. We're here. I'm looking forward to our new home."

As weeks turned into months, the Chargers remained a news topic around San Diego.

For instance, quarterback Philip Rivers returned to San Diego a month later to take part in an event to honor former teammate Nick Hardwick. During a speech at the San Diego Hall of Champions' Salute to the Champions dinner, Rivers told the audience: "It really has been an honor to be the quarterback here over the last decade. I would have never handpicked San Diego; as an Alabama boy, I didn't really know where it was on a map. I'm forever thankful that I've been able to spend 13 years here and call it home."
On the night of 2017 NFL Draft in April, 10News Sports Director Ben Higgins -- a lifelong Chargers fan -- admitted it was difficult having to cover the team during the offseason.