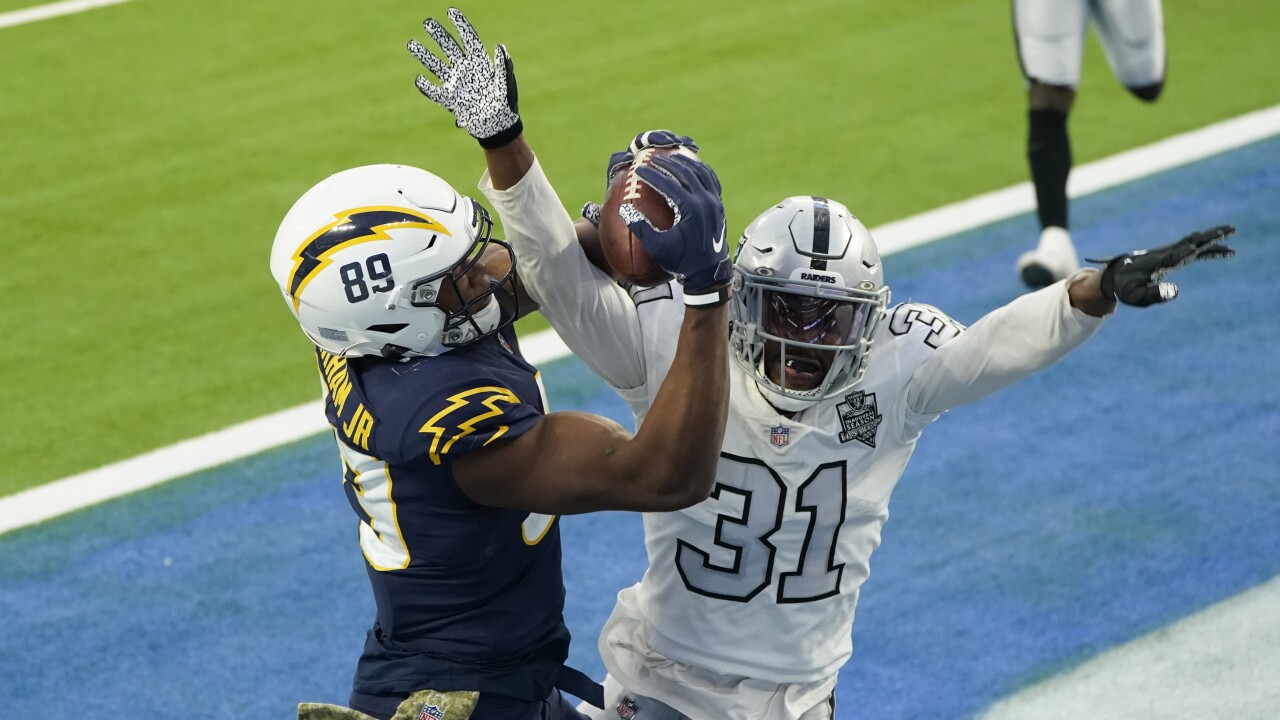 (AP) — The Las Vegas Raiders were the beneficiaries of another brutal finish for the Los Angeles Chargers.

Justin Herbert’s pass to Donald Parham Jr. for a 4-yard touchdown on the final play of the game was overturned after a replay review, and Las Vegas held on to beat LA 31-26.

Derek Carr threw two touchdown passes for Las Vegas. Herbert was 26 of 42 for 326 yards and two touchdowns for the Chargers, who have lost six games, all by seven points or less.

Herbert's apparent touchdown pass to Parham was overturned when it was determined the tight end did not maintain possession throughout the catch.