No. 25 Aztecs walk-off in bottom of ninth for 5-4 win over Bakersfield 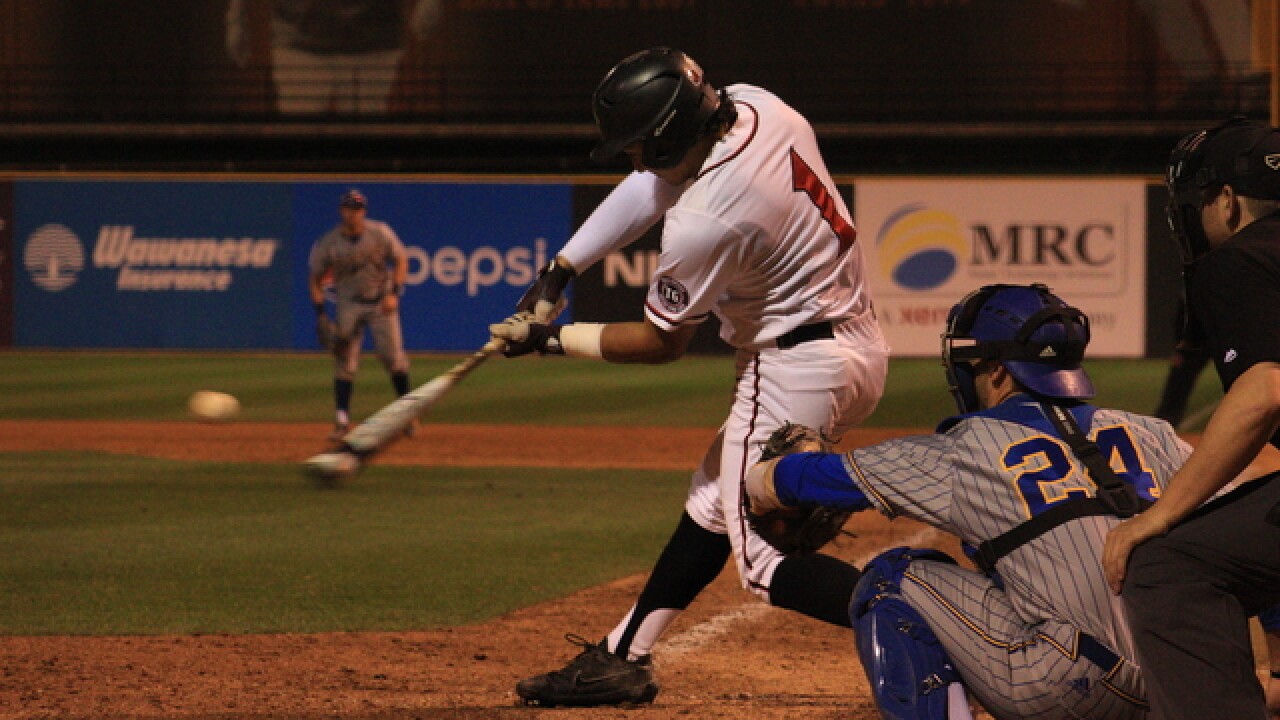 The win puts the No. 25 Aztecs at a 14-6 record, while the Roadrunners’ fall to 9-13 on the season. It’s the first time the two schools have ever played each other in baseball.

Junior catcher Dean Nevarez was the hero of the affair, singling to right field with two outs in the last frame to drive in the winning run. SDSU initially took advantage of a couple of miscues by Bakersfield’s defense to load the bases for the number five hitter.

“We just preach on next man up,” Nevarez said. “It was my turn to go up and pick up the team and get the win. We know the type of program and how talented we are… we needed this win and it was huge for us.”