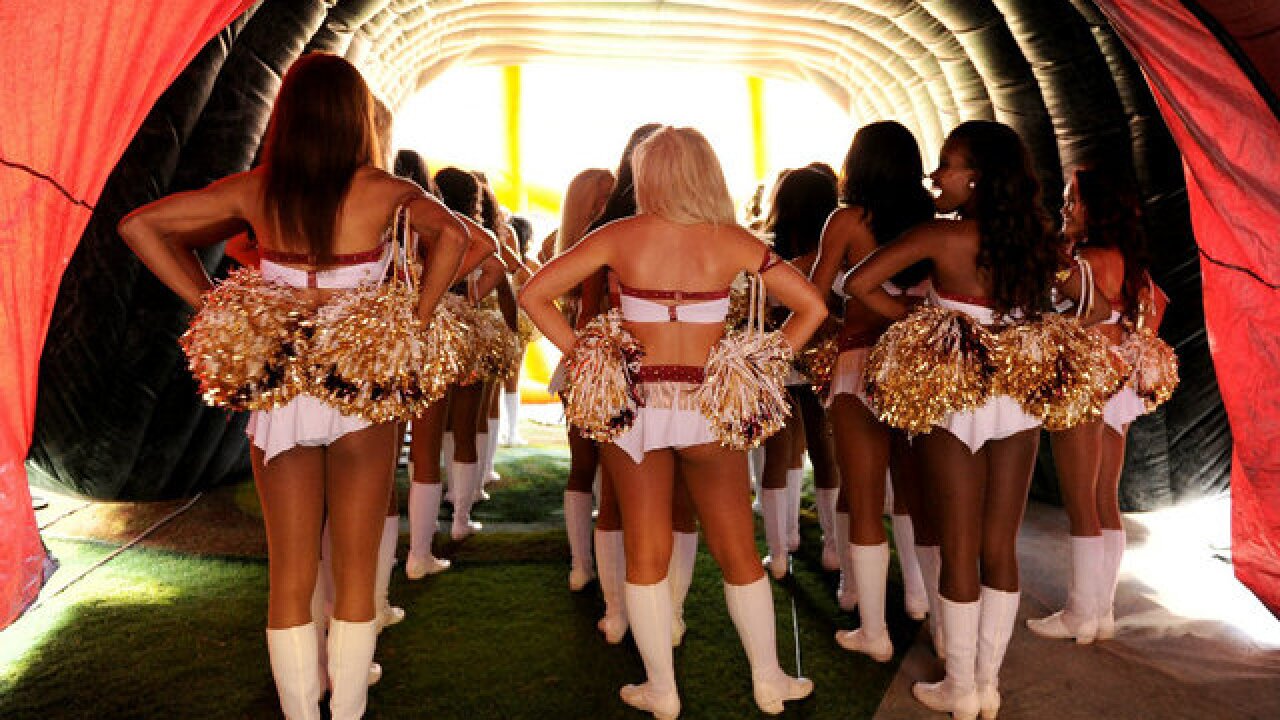 (KGTV) - Several former Washington Redskins cheerleaders told The New York Times they believe the team was “pimping” them out during a 2013 event in Costa Rica in which they were allegedly ordered to pose topless during a photo shoot and serve as hand-picked escorts for men at an area nightclub.

Cheerleaders interviewed for the New York Times report said the trip was for a calendar shoot at the adults-only Occidental Grand Papagayo resort on Culbera Bay.

According to the report, the cheerleaders said the shoot was attended by team officials, sponsors and FedExField suite holders -- all of them male.

During the shoot, the cheerleaders told The Times that they were forced to pose topless or while wearing only body paint. The nude photos were not being used in the calendar, the Times reported.

Later in the day, the squad’s director informed some of the cheerleaders that they were selected by some of the male sponsors to act as personal escorts to a nightclub, according to the report.

One cheerleader told the Times: “They weren’t putting a gun to our heads, but it was mandatory for us to go. We weren’t asked, we were told. Other girls were devastated because we knew exactly what she was doing.”

The news caused some of the cheerleaders to cry, the report stated.

The cheerleaders interviewed by the Times told the paper that their participation did not involve any sexual activity, but they said the actions were similar to the team “pimping us out.”

According to the Times: “What bothered them was their team director’s demand that they go as sex symbols to please male sponsors, which they did not believe should be a part of their job.”

The cheerleaders’ director, Stephanie Jojokian, denied the claims that were told to the New York Times.

The Redskins responded to the Times’ story with the following statement:

“The Redskins’ cheerleader program is one of the NFL’s premier teams in participation, professionalism, and community service. Each Redskin cheerleader is contractually protected to ensure a safe and constructive environment. The work our cheerleaders do in our community, visiting our troops abroad, and supporting our team on the field is something the Redskins organization and our fans take great pride in.”