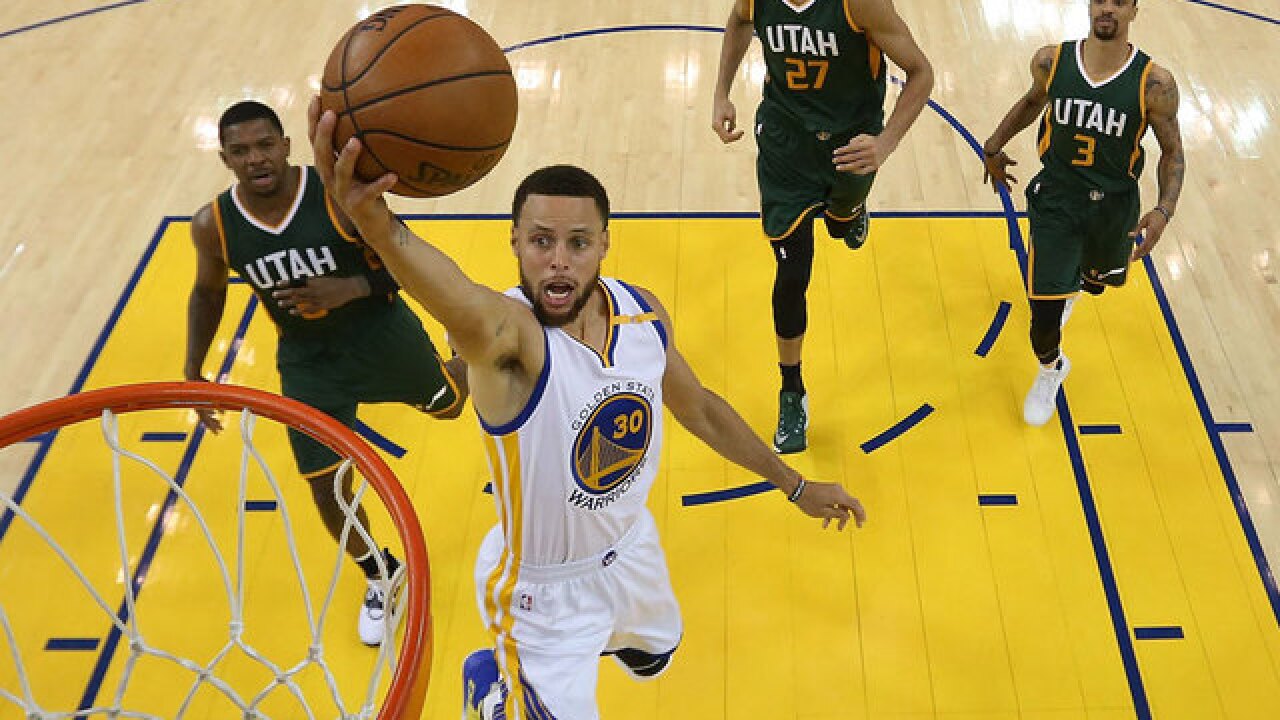 Copyright Getty Images
Ezra Shaw
Stephen Curry #30 of the Golden State Warriors lays in a basket against the Utah Jazz during Game One of the NBA Western Conference Semi-Finals at ORACLE Arena on May 2, 2017 in Oakland, California.

With the Golden State Warriors in Atlanta for a game, Curry apparently decided to take a practice swing inside his hotel room and ended up smashing a glass table.

The former MVP and golf enthusiast was not hurt and called labeled himself "#idiot" on an Instagram post. In the caption, Curry said: "when you feel like you're on the @pgatour so you gotta get some swings going in the hotel room"

The San Francisco Chronicle reported that Curry had his golf clubs with him because he and teammates Klay Thompson and Andre Igoudala were planning to play at the famed Augusta National Golf Club -- the site of The Masters tournament -- this weekend.