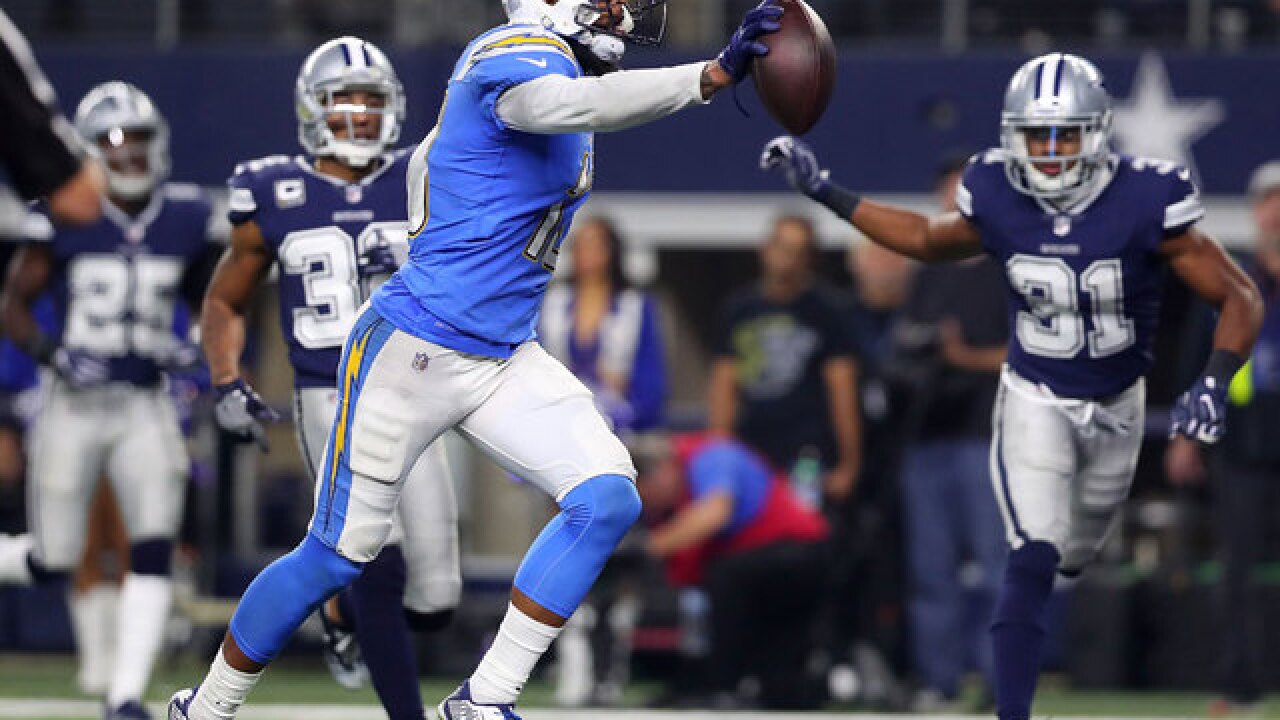 Copyright Getty Images
Tom Pennington
Keenan Allen #13 of the Los Angeles Chargers runs the ball in for a fourth quarter touchdown against the Dallas Cowboys at AT&T Stadium on November 23, 2017 in Arlington, Texas.

Philip Rivers threw for over 400 yards and three touchdowns as the Los Angeles Chargers defeated the Dallas Cowboys 28-6 on Thanksgiving Day to put themselves back in the playoff conversation.

The Bolts have now won five of its last 7 games after starting the season 0-4. With the win over Dallas, Los Angeles is 5-6 and behind AFC West-leading Kansas City by 1 1/2 games.

Rivers connected with receiver Keenan Allen 11 times for 172 yards and 42-yard touchdown in which Allen eluded numerous Cowboy defenders on his way to the end zone.

Not to be outdone by the offense, the Chargers' defense stifled Dak Prescott and the Cowboys offense all game, picking off the 2nd-year QB three times.

One of those interceptions was returned 90 yards for a score by DB Desmond King to provide the final margin.

During the game, Chargers kicker Nick Novak suffered a back injury that forced the team to use punter Drew Kaser as their placekicker.

Kaser, who never attempted a field goal or extra point in an NFL or college game, went on to miss 2 of 3 extra points.

In fact, before he was forced into placekicking duties, broadcast cameras caught Kaser missing the kicking net completely on a practice try.

NEXT GAME: The Chargers host the Cleveland Browns on Dec. 3.