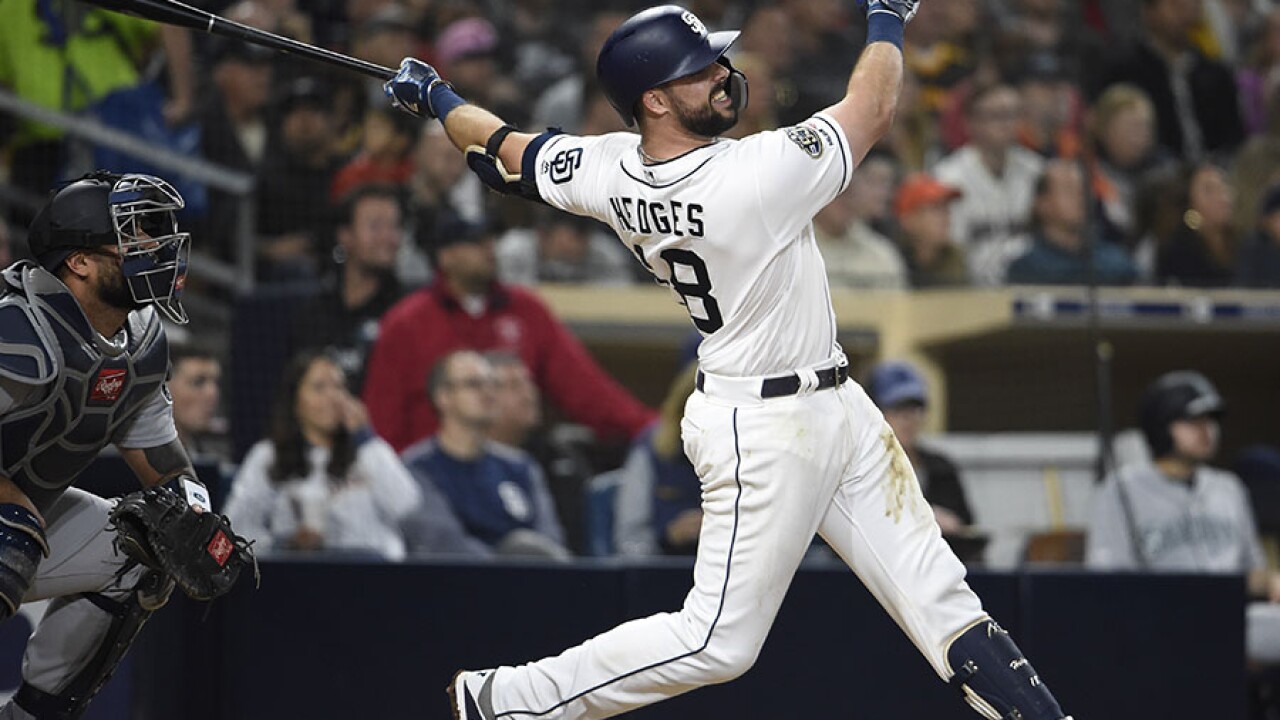 The Padres have won five straight in the interleague series. They won all four games last year after the teams didn't play each other in 2017.

Hedges had an unusual homer on a fly ball to deep center off reliever Cory Gearrin with two outs in the sixth. Smith, a former Padres' farmhand, leaped just in front of the fence and the ball bounced out of his glove and went over. Hedges appeared to chuckle briefly as he rounded the bases. It was his fourth.

Smith tumbled face-first to the warning track before glancing up at the fence and then sitting on his haunches, his hands on his hips and a look of disgust on his face.

Reyes hit a two-run homer to cap the three-run second inning and connected again off rookie Erik Swanson with two outs in the sixth. He has five this season. It was his second career multihomer game.

San Diego had three straight hits to open the second against Swanson (0-2), who was making his second big league start and third appearance. Wil Myers beat out a bunt and scored on a double to right by Eric Hosmer, who advanced on right fielder Mitch Haniger's fielding error. Reyes followed with a homer to center, his fifth.

The Mariners closed to 3-2 when rookie left-hander Nick Margevicius struggled through the fifth, walking the bases loaded before Tim Beckham hit a two-run single up the middle with two outs. Beckham was thrown out trying to stretch it into a double, ending the inning.

Margevicius (2-2) allowed two runs and four hits in five innings, struck out four and walked five. Kirby Yates pitched the ninth for his 11th save in as many chances.

Swanson allowed four earned runs and seven hits in 5 2/3 innings, struck out three and walked none.

Tuesday was the 20th anniversary of Fernando Tatis Sr. becoming the only big leaguer to hit two grand slams in the same inning, for St. Louis at the Los Angeles Dodgers. His namesake son had two hits for the Padres on Tuesday night, including beating out a bunt.