Giants Hall of Famer Willie McCovey has died at age 80 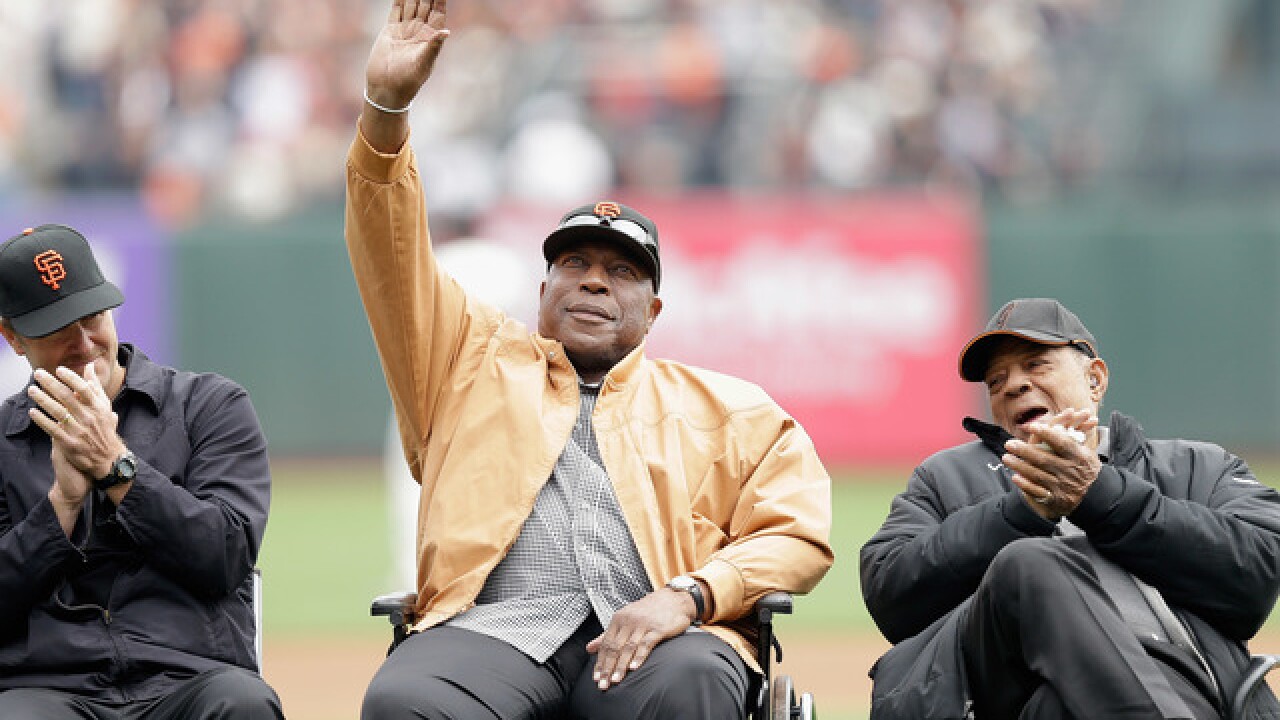 SAN FRANCISCO (AP) — Willie McCovey, the sweet-swinging Hall of Famer nicknamed "Stretch" for his 6-foot-4 height and those long arms, died Wednesday. He was 80.

A former first baseman and left fielder, McCovey was a career .270 hitter with 521 home runs and 1,555 RBIs in 22 major league seasons, 19 of them with the Giants. He also played for the Athletics and Padres.

McCovey made his major league debut at age 21 on July 30, 1959, after dominating the Pacific Coast League that year. He played alongside the other Willie — Hall of Famer Willie Mays — into the 1972 season before Mays was traded to the New York Mets that May.

In his debut, McCovey went 4 for 4 with two triples, two RBIs and three runs scored in a 7-2 win against Philadelphia — and that began a stretch of the Giants winning 10 out of 12 games.

McCovey batted .354 with 13 homers, 38 RBIs, five triples and nine doubles on the way to winning NL Rookie of the Year.

"You knew right away he wasn't an ordinary ballplayer," Hall of Famer Hank Aaron said, courtesy of the Hall of Fame. "He was so strong, and he had the gift of knowing the strike zone. There's no telling how many home runs he would have hit if those knees weren't bothering him all the time and if he played in a park other than Candlestick."

He had attended games at AT&T Park as recently as the final game of the season.

"For more than six decades, he gave his heart and soul to the Giants," Giants President and CEO Larry Baer said. "As one of the greatest players of all time, as a quiet leader in the clubhouse, as a mentor to the Giants who followed in his footsteps, as an inspiration to our Junior Giants, and as a fan cheering on the team from his booth."

McCovey had been getting around in a wheelchair in recent years because he could no longer rely on his once-dependable legs, yet was still regularly seen at the ballpark in his private suite.

While the Giants captured their third World Series of the decade in 2014, McCovey returned to watch them play while still recovering from an infection that hospitalized him in September '14 for about a month.

"It was touch and go for a while," McCovey said at the time. "They pulled me through, and I've come a long way."

Even four-plus decades later, it still stung for the left-handed slugging McCovey that he never won a World Series after coming so close. He lined out to end the Giants' 1962 World Series loss to the Yankees.

"Every moment he will be terribly missed," said McCovey's wife, Estella. "He was my best friend and husband. Living life without him will never be the same."

McCovey had a daughter, Allison, and three grandchildren, Raven, Philip, and Marissa. McCovey also is survived by sister Frances and brothers Clauzell and Cleon.

The Giants said a public celebration of McCovey's life would be held at a later date.